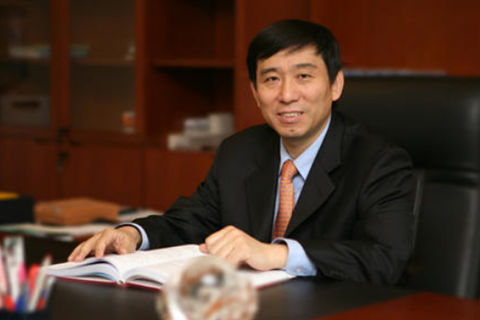 Yan Zesheng, deputy party secretary and general manager of Bohai Steel Group, came under investigation on allegations of graft, continuing the turmoil swirling around the bankrupt state-owned enterprise with $36 billion of debt.

Yan, 58, the de facto top manager of Bohai Steel, is being probed for “serious violations of rules and the law,” the corruption watchdog in Tianjin city, home of the steelmaker, said Wednesday. The graft buster didn’t elaborate the alleged violations, but the phrase often refers to corruption.

Bohai Steel is kicking off a reorganization under to a plan approved in January following nearly three years of negotiations with more than 100 creditors over its 243 billion yuan ($36 billion) of debt. The reorganization plan is perhaps the largest ever in China.

Bohai Steel is one of the largest state-owned steel enterprises in China to go bankrupt in recent years, along with Dongbei Special Steel Co. and Chongqing Iron and Steel Co. The conglomerate’s failure sent massive reverberations through Tianjin’s state-owned industrial sector.

Once a Fortune 500 company with annual capacity to produce 22 million tons of steel products, Bohai Steel was hit by a debt crisis in late 2015 amid China’s crackdown on steel sector overcapacity after years of overexpansion. The company’s production has been largely halted since then.

Yan, a steel industry technician, joined Tianjin Pipe in 1986 before the company merged with three other steel companies in the city to form Bohai Steel in 2010. He rose to chief engineer of Tianjin Pipe in 2000 and deputy general manager in 2004. In 2007, he was promoted to be Tianjin Pipe’s deputy party chief.

Yan is known for his expertise in the steel refining industry and won several local and national technology awards.

Shortly after the 2010 consolidation that created Bohai Steel, Yan was named the deputy party chief and general manager of the conglomerate, with a registered capital of 17 billion yuan.

Before the debt crisis was exposed, Bohai Steel reported 250 billion yuan of revenue in 2014, making it one of China’s largest steel groups. But as the steel industry slowed, Bohai Steel’s capital condition quickly deteriorated after several subsidiaries defaulted on off-balance sheet borrowings.

After a 2016 inspection of the company, the Tianjin municipal government accused Bohai Steel’s managers of “abusing power and using their positions to exploit state assets.” The authorities also criticized the company for a lack of internal controls and lax supervision, which led to state asset losses.

It took nearly three years for Bohai Steel to reach agreement with creditors, including some of the country’s largest banks, on how to deal its massive debts. Bohai Steel’s creditors in late January approved the bankruptcy and reorganization plan.

Under the plan, Bohai Steel’s assets will be divided into two parts — 17 companies with core steel-business assets and 31 companies with non-core assets. Bohai Steel will sell part of the equity of its core business arms ― the more valuable part with assets worth 58.4 billion yuan ― to private steel maker Tangshan Delong Steel Co., Caixin learned from creditors.

The fall of Bohai Steel sent shock waves through Tianjin’s state-owned enterprises (SOEs) and put the port city government’s backing of business under closer scrutiny. Last month, Fitch Ratings put Tianjin-based commodities trader Tewoo Group Co. Ltd.’s foreign debt on negative watch because of concerns about its liquidity. Tewoo, wholly controlled by the Tianjin government, has been in a capital crunch since the collapse of Bohai Steel, the parent of one of Tewoo’s close business partners.

Tianjin’s SOEs have been hit by a series of scandals in recent years. Most of the top management of Tianjin Real Estate Group Co. Ltd., including its chairman, fell under investigation by the municipal anti-graft watchdog last year. The property developer, also controlled by Tianjin SASAC, had more than 197 billion yuan in total debt at the end of June 2018, accounting for 97% of its total assets.

The head of Tianjin Binhai Rural Commercial Bank Corp., a rural commercial bank in the city, committed suicide in May last year after the national corruption watchdog began looking into the lender. The rural bank was one of the three largest creditors of Bohai Steel and was rocked by a 10 billion yuan loan default by the steelmaker.