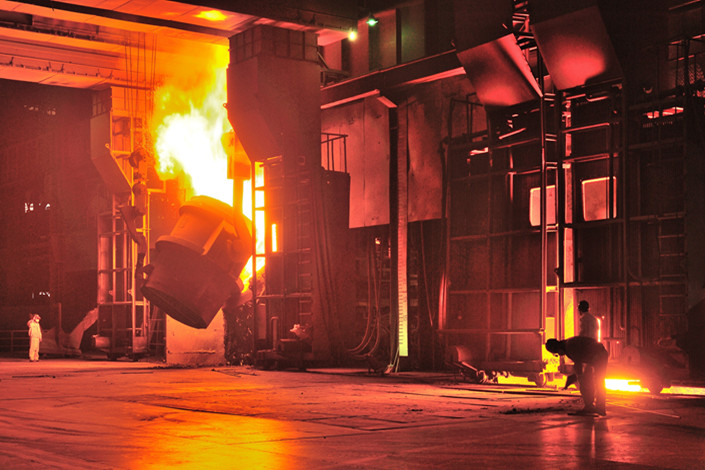 The floodgates burst open on steel production in China last winter due to a relaxation of environmental controls that had reined in output during the winter of 2017.

And the northern steel province of Hebei was at the center of the production surge.

Hebei’s steel output hit 57.53 million tons in the first quarter of this year, up almost 19% on the same period of 2018, Wu Jingjing, a deputy director of the China Iron and Steel Association, said at an industry event on Tuesday.

Most significantly, it accounted for 46.1% of the national rise during the same period, during which China produced 231 million tons of steel, a year-on-year increase of 9.92%. This has led many industry experts to worry that efforts to control output in the country that produces over half of the world’s steel are failing.

This winter’s surge was the result of a relaxation of limits that had kept production in check during the winter of 2017-18, Wu explained.

Beijing, the surrounding province of Hebei and the nearby city of Tianjin had restricted steel producers to 50% of their capacity to reduce smog during the season when coal fired power plants are ramped up to heat northern China.

However, the region ditched this “single knife cut” approach last year and said that steel enterprises did not have to limit production if their emissions met the standards. This, along with a wider relaxation on pollution controls, spurred output, said Ma Jun, director of the Institute of Public & Environmental Affairs (IPE), an environmental NGO.

Steelmakers have also been flouting production caps and restrictions, according to an internal document Caixin obtained from the Ministry of Ecology and Environment. It accused the city of Tangshan, which accounts for 12% of China’s steel production capacity and 14% of total output, of allowing its factories to operate through winter to avoid financial losses.

They maintained production under the false premise of providing central heating to local residents and were in clear breach of central government’s environmental protection policies.

This pace of investment is unlikely to last into the second half of the year, Wu said, as most of the fixed-capital investment arranged at the end of 2018 was spent in the first quarter.