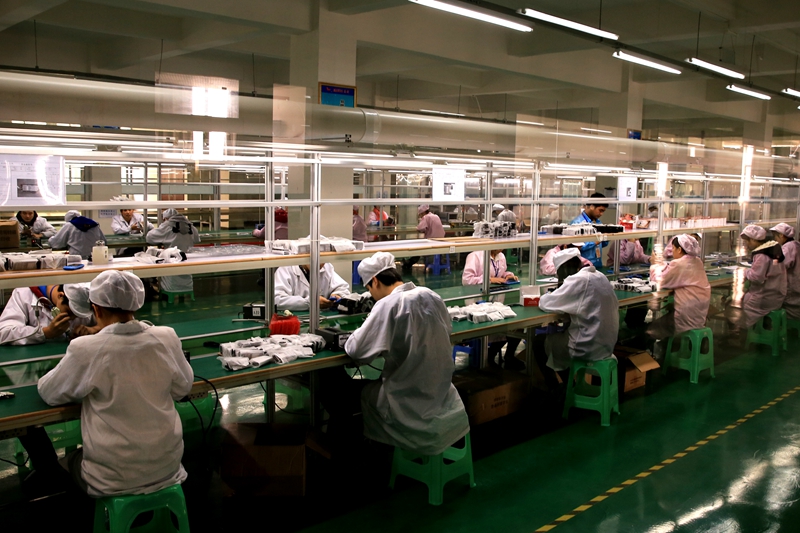 China’s local banks face a dilemma: Implementing a government directive to lend out hundreds of billions in newly released liquidity risks exposing them to bad loans as China’s economy continues to slow.

The PBOC cut the reserve requirement ratio by 50 basis points, or a half percentage point, Sept. 6, taking it to the lowest level since 2007 and effectively releasing about 900 billion yuan ($126.35 billion) of lending capacity into the market. Finance officials hope to channel this into the real economy, targeting sectors such as manufacturing and small and midsize companies.

But interviews with local bank officials paint a picture of caution and fear of taking on more nonperforming loans, as the nation’s manufacturing downturn causes the number of good borrowers to dwindle. An ICBC deputy branch chief said banks were now lending to manufacturers that were in bad shape — whether short on cash flow, or losing money.

Central bank chief promises not to unleash flood of liquidity

China will not flood its economy with liquidity but rather will continue to balance GDP growth and the money supply with stabilizing leverage across the economy, keeping debt under control, PBOC Governor Yi Gang said at a press conference in Beijing.

Yi contrasted that with the moves of some other central banks. “The current monetary policies of central banks in the U.S., Europe, Japan and some developing countries are to cut rates and resume quantitative easing,” he said. “We should remain steadfast.”

Global trading rules must be overhauled to reflect China’s growing economic might, Australia’s Prime Minister Scott Morrison said Monday during a six-day visit to the U.S., where he seeks to expand defense and economic ties with Australia’s main ally.

“China’s economic growth is welcomed by Australia, and we recognize the economic maturity that it has now realized as a newly developed economy,” Morrison said in Chicago. “The world’s global institutions must adjust their settings for China in recognition of this new status.”

The banking regulator in Central China’s Hubei province said it would encourage banks to lend more to students after college campuses were targeted by loan sharks, who reportedly demanded nude photos from female borrowers as collateral and used other means of blackmail.

The Hubei branch of the China Banking and Insurance Regulatory Commission said Sept. 12 that it would try to urge banks to lend between 8 billion yuan ($1.12 billion) and 10 billion yuan to college students in the province, which would amount to around 5,000 yuan per student, local Communist Party committee-run newspaper the Hubei Daily reported Friday. The report said that the move aims to provide students with access to credit and crowd out illicit lenders.

Opinion: Only multilateralism can save the world economy from breaking again

Editorial: It’s time to shift the focus of market regulations

U.S. semiconductor giant Qualcomm Inc. said it resumed selling products to Huawei, though it did not say whether it had received a license to be exempt from an American government ban on sales to the Chinese telecom giant.

Qualcomm is also working on solutions that will allow sales to continue in the future, CEO Steve Mollenkopf told us at the company’s headquarters Monday. Mollenkopf didn’t say what kind of products Qualcomm is selling to Huawei.

Meng Wanzhou, chief financial officer of Huawei Technologies Co., returned to a Canadian courtroom for the first time in five months Monday for a document disclosure hearing related to her arrest.

At the hearing, expected to run through Oct. 4, Meng seeks a court order that would force the Canadian government to disclose the details of her arrest last December at Vancouver’s airport. Court documents show Meng’s lawyers said that the Canada Border Services Agency and the police intentionally delayed the arrest to allow illegitimate evidence-gathering and abused search powers, Canadian media reported.

Apple Inc. said the next version of its high-end Mac Pro desktop computer will be assembled in Texas in the same factory in Austin operated by Flex Ltd. that has produced the previous Mac Pro since 2013.

Manufacturing of the new model was “made possible” after the U.S. government Friday approved Apple’s request for a waiver on 25% tariffs on 10 key components imported from China. The company was granted exclusions on several parts, including processors, power components and the computer’s casing.

Airbnb Inc. will improve its localization approach in the important China market, its co-founder told us, a week before the company said it would make a highly anticipated listing after years of pressure to do so.

The San Francisco-based company has loosened its grip on its China unit and empowered it with pursuing its own locally tailored strategy, Nathan Blecharczyk, Airbnb’s co-founder and chief strategy officer, told us in a recent interview. Such an approach mirrors that followed by many similar multinationals, which have learned over the years that strategies that work well in the West don’t always do as well in the China market.