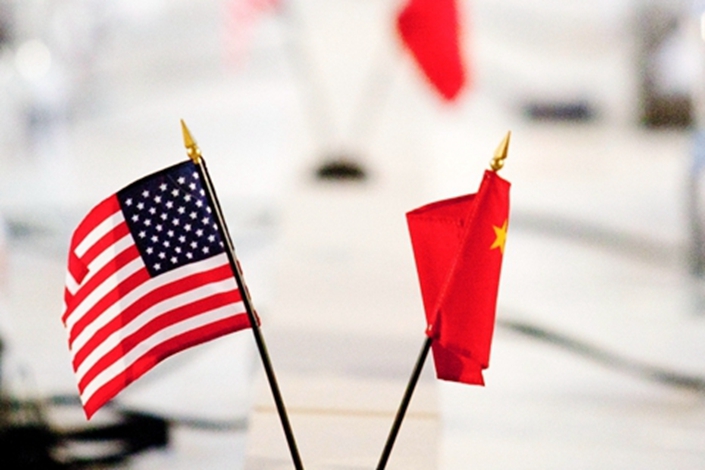 China, U.S. working on text of phase one trade deal

China’s Commerce Ministry said Thursday that China and the U.S. are ramping up consultations on the text of a partial trade deal in a sign that the world’s two largest economies are making progress on deescalating trade tensions.

Asked about the state of trade talks following high-level meetings in Washington last week, Chinese Ministry of Commerce spokesperson Gao Feng told a press conference in Beijing that both nations were “intensifying consultations, trying to make the text of the [partial trade] deal workable.”

Treasury Secretary Steven Mnuchin said the U.S. aims to see the agreement signed at an Asia-Pacific leaders’ summit in Chile next month, according to a Reuters report.

Executives of Ping An Bank targeted in graft probe

Several banking executives have been targeted in an ongoing corruption probe as graft busters continue rooting out lapses in the industry and trace clues that emerged during the investigation of former securities chief Liu Shiyu, Caixin learned.

Leng Peidong, the chief of the Shanghai branch of Ping An Bank, came under investigation, people familiar with the matter told Caixin. Leng’s predecessor, Yang Hua, is also under investigation. Yang, 50, was removed by the bank from the post of Shanghai chief in 2017.

Separately, Wang Tao, the Suzhou branch head of China Guangfa Bank, has been unreachable recently because of investigations, people close to the matter told Caixin.

China’s banks will now have to think twice when selling wealth management products to individual investors after one branch was told to compensate a customer for all the losses she suffered when a product she bought tanked.

In late August, the Beijing High People’s Court upheld rulings by lower courts which said a local branch of China Construction Bank Corp. — one of the country’s major commercial banks — must pay a customer nearly 600,000 yuan ($84,600) after a stock index fund product she bought from the bank was hit hard by the 2015 stock market crash.

Financial watchdogs in central Hunan province have decided to ban all P2P lending after a three-year clean-up of the sector ordered by the central government failed to find a single company operating in the region that complied with regulations and passed their scrutiny.

The decision affects lenders registered in the province — including the 24 that made it onto the authorities’ final inspection list — and platforms that operate there but are registered in other regions, the Hunan financial supervision administration said in a statement on Wednesday.

The PBOC and other financial regulators have been waging a war to tame the P2P lending industry since 2016 after a series of scandals and fraud left millions of investors who had lent money through the platforms nursing heavy losses. The scale of the problem also exposed shortcomings in the regulatory system, which critics said was too lax.

Chinese banks are resorting to selling bonds — especially perpetual bonds — to replenish capital as regulators tighten control of their off-balance-sheet assets and push them to increase lending to the real economy.

As of Oct. 10 this year, commercial banks had issued bonds, including perpetual bonds, worth 977.7 billion yuan ($138.2 billion) for capital replenishment, a record high that is more than twice the value of those issued last year, according to data compiled by Bloomberg News.

One of China’s largest state-owned shipbuilders is searching for outside investors to boost its capital and business conditions in a bid to better cope with the toughening market environment, Caixin learned from source.

Angry owners of homes sold by one of China’s largest developers in Zhaoqing, South China’s Guangdong province, vented their fury at the company earlier this month after it slashed house prices for new buyers to boost sales.

Homeowners who had already paid the original asking price crowded a local sales office of China Evergrande Group at a development in Zhaoqing’s Dinghu district to demand refunds.

Similar protests involving dissatisfied buyers have been reported this month in third- and fourth-tier cities in East China’s Jiangxi province and suburban Shanghai amid weakening housing demand in smaller cities.

China’s state-owned industrial giant Sinochem Group put three subsidiaries on the market to attract private equity and plans to list two of them next year.

The plan is part of the government’s mixed-ownership reform for state-owned enterprises to improve the efficiency of the state sector by injecting private capital.

HNA Group Co. has been stymied in an attempt to sell its stake in plane lessor Avolon Holdings Ltd., people with knowledge of the matter said. Such a divestment would be one of the indebted Chinese conglomerate’s biggest as it unwinds a global buying spree.

HNA reached out to Orix Corp. in the past few months to gauge the Japanese financial group’s interest in buying its remaining 70% stake in Avolon, according to the people. Orix, which already holds 30% of Dublin-based Avolon, decided it wasn’t interested in pursuing a deal, the people said, asking not to be identified because the information is private.

The Chinese group has been seeking a valuation of about $8.5 billion for Avolon, representing about 1.1 times book value, the people said. Orix paid $2.2 billion last year for its stake.

A job listing on networking platform LinkedIn showed the company is hunting for a rider and driver operations associate in the Latin American country, although the company is no longer accepting applications. A Didi spokesman later confirmed the company’s interest in Costa Rica to Reuters.

According to an official document released by the Beijing unit of the China Securities Regulatory Commission, Beijing Siwei Zaowu has selected investment bank China International Capital Corp. to help prepare its IPO application materials by December.