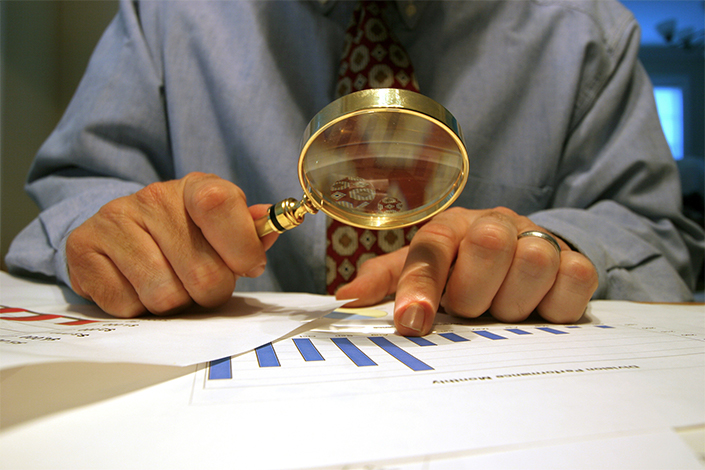 A report released by a high-powered group of U.S. regulators disclosed details of recent disagreements between the U.S. and China over proposed working plans for cross-border cooperation on audit inspections, underscoring rising geopolitical tensions between the world’s two largest economies.

The two countries have a longstanding dispute over U.S. regulators’ access to audits of U.S.-listed Chinese companies. The issue came into the spotlight following this year’s high-profile accounting scandal at Luckin Coffee Inc., which was followed by further discussions over joint U.S.-China audit inspections.

The President’s Working Group on Financial Markets in the U.S. released a report Thursday containing an email from the China Securities Regulatory Commission (CSRC), China’s securities watchdog, and a letter from the Public Company Accounting Oversight Board (PCAOB), a U.S. audit regulator.

The U.S. Department of the Treasury decided to lift sanctions and other restrictions on Macao-based bank Banco Delta Asia SARL (BDA) 13 years after they were imposed over the lender’s alleged involvement in money laundering for the North Korean government.

The decision follows a lengthy legal battle by the bank to have the punishment rescinded and paves the way for BDA, which is based in the Macao Special Administrative Region (SAR), to regain access to the U.S. banking system.

The repeal was announced Monday by the U.S. Financial Crimes Enforcement Network (FinCEN), a bureau under the Treasury Department that collects and analyzes information about financial transactions to combat domestic and international money laundering, terrorist financing and other financial crimes.

China’s securities regulator is proposing to remove a mandatory credit rating requirement on new corporate bond sales to reduce borrowers’ reliance on ratings and is soliciting opinions on such a revision.

The proposal represents a response to a rash of corporate bond defaults in the last two years by some highly rated companies and scandals involving rating providers with conflicts of interest. Market watchers said the move is in line with market trends and international practices and will help improve rating quality, curb rating inflation and reduce conflicts of interest between rating companies and issuers.

Chinese finance platform Lufax files for U.S. IPO of up to $3 billion

Chinese online wealth management portal Lufax filed a confidential prospectus to raise as much as $3 billion in a U.S. initial public offering, joining a line of hopefuls looking to raise capital in the world's largest economy before a new rule effectively shuts off the funding channel.

Lufax, a unit of Ping An Insurance Group, hopes to launch the offering in the next two months subject to regulatory approval, two people familiar with the transaction said. The company made its filing with the U.S. Securities and Exchange Commission Monday even as Treasury Secretary Steven Mnuchin warned that Chinese companies listed in New York would soon be required to meet U.S. auditing standards. Lufax postponed a planned 2018 listing in Hong Kong amid a shift in China's consumer lending regulations. Since then, it has focused on wealth management and retail lending and has exited peer-to-peer lending.

Tesla sets up its first overseas insurance brokerage in China

U.S. electric-car leader Tesla Inc. set up an insurance brokerage in China as part of plans to bring its data-powered insurance plans to the country’s Tesla owners.

Registered Thursday in the Shanghai pilot free trade zone, where the company has a major factory, the new brokerage functions as an intermediary, according to public business registration records. In general, an insurance broker designs insurance plans backed by insurers and makes a commission from each one sold. Tesla planned to use data captured from its cars to develop driver profiles and set insurance rates based on how aggressively they drive, the company’s Chief Financial Officer Zachary Kirkhorn said on its 2020 second-quarter earnings call.

Credit growth slows in July as authorities dial back stimulus

China hires over 100 TSMC engineers in push for chip leadership

The hirings are aimed at helping Beijing achieve its goal of fostering a domestic chip industry and cut the Chinese mainland’s reliance on foreign suppliers, the sources said.

Quanxin Integrated Circuit Manufacturing (Jinan), better known as QXIC, and Wuhan Hongxin Semiconductor Manufacturing Co., or HSMC, along with various associated and affiliated companies, are little-known outside the industry. But in addition to employing more than 50 former TSMC employees each, both are also led by ex-TSMC executives with established reputations in the chip world. The two projects are aiming to develop advanced 14-nanometer and 12-nanometer chip process technologies.

Smartphone maker Xiaomi Corp. faces a “complex” global environment as it heads into its second decade, its CEO said, posed not only by the usual competition but also by a growing global backlash against Chinese technology due to security concerns.

Co-founder and CEO Lei Jun made the assessment in a Tuesday evening speech to mark the 10th anniversary of Xiaomi’s founding. Since then the company has grown to become the world’s fourth-largest smartphone brand, behind only global giants Apple Inc. and Samsung Electronics Co. Ltd. and hometown rival Huawei Communications Co. Ltd. Xiaomi is growing increasingly dependent on international sales after relying on China to fuel its early breakneck growth. The company now sells its phones in about 100 markets worldwide and is one of the top five brands in about half of those.

Charts of the Day: PipeChina’s vast acquisition of energy infrastructure worth hundreds of billions of yuan

China’s new state-run pipeline giant, PipeChina, is snapping up the oil and gas transmission and storage assets of the country’s dominant energy conglomerates with the goal of boosting production, leveling the playing field and centralizing the planning of the country’s energy infrastructure.

As part of this government-led push for industry consolidation, PetroChina — the listed arm of state-owned giant China National Petroleum Corp. (CNPC) — is set to part with its oil and gas pipeline assets. These assets generated a third of PetroChina’s profits last year. In exchange, PipeChina will hand over cash and equity worth 258.7 billion yuan ($37.2 billion), consisting of 119.2 billion yuan in cash and a 29.9% stake in PipeChina. The deal will make PetroChina the largest shareholder in the new behemoth.

China’s 1,400-day takeover is the deal that refuses to die

One of the last remaining deals of China’s now-aborted overseas acquisition spree is about to make its last attempt to limp across the finish line.

China Oceanwide Holdings Group Co., backed by property tycoon Lu Zhiqiang, agreed in October 2016 to take over Genworth Financial Inc. for $2.7 billion. The idea was to give Richmond, Virginia-based Genworth a much-needed injection of capital while providing the Chinese company a platform for further global expansion and expertise it could bring back home.

Nearly 1,400 days later, the transaction is still dragging on. Genworth shares closed Monday at 51% below the bid price. The deadline for Oceanwide’s proposed purchase has been extended 15 times, and it’s now been pending longer than any other takeover in the U.S. valued at $1 billion or more, according to data compiled by Bloomberg. Genworth investors will soon find out whether the deal will die.

China’s power grid gets out of real estate