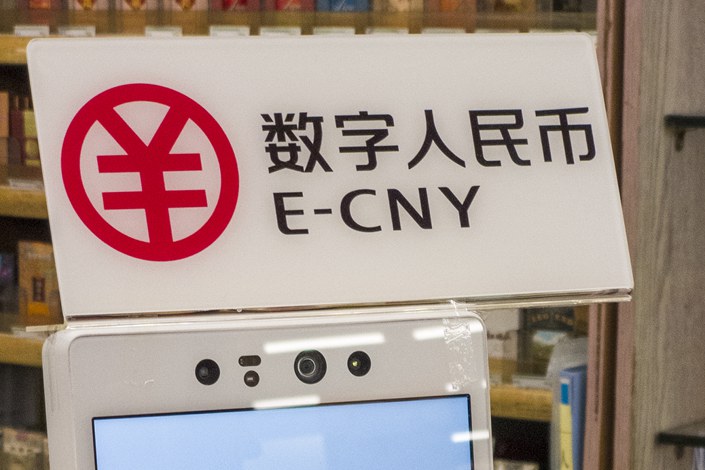 The People’s Bank of China (PBOC), which started research on a digital yuan as far back as 2014, is leading the field and is likely to be the first major economy to introduce a sovereign digital currency. The PBOC has already finished building the infrastructure for its Digital Currency Electronic Payment (DCEP) system (数字货币和电子支付工具) and has been carrying out localized testing in cities including Shenzhen and Suzhou, although no date has been set for its official launch.

Draft revisions to the central bank law published Oct. 23 include clauses that provide the legal framework for DCEP, giving the digital yuan the same legal status (link in Chinese) as the physical yuan. And China’s long-term plan (link in Chinese) for the economy through 2035 refers to “steadily advancing digital currency research and development.”

Nationwide, 100.4 billion yuan ($15.3 billion) of corporate bond issuances were either canceled or delayed in November, jumping from 34.3 billion yuan the previous month and from 28.1 billion yuan in the same period last year, according to data compiled by financial information provider Wind Information Co. Ltd.

China’s economic recovery kept up its momentum last month as manufacturing activity achieved its fastest growth in a decade, a Caixin-sponsored survey showed.

The Caixin China General Manufacturing Purchasing Managers’ Index (PMI), which gives an independent snapshot of the country’s manufacturing sector, rose to 54.9 in November from 53.6 the previous month, according to a report released Tuesday. Last month’s reading was the highest since November 2010. The November reading marked the seventh consecutive month of expansion. Readings greater than 50 signal expansion.

A breakdown of the Caixin PMI showed that the economic recovery picked up steam on both the supply and demand sides as the gauges for total new orders and output hit 10-year highs.

Industrial and Commercial Bank of China Ltd. (ICBC), the world’s largest lender by assets, will soon appoint another new vice president, bringing the total number to five, Caixin learned from sources with knowledge of the matter.

Zhang Weiwu, general manager of the state-owned commercial bank’s international business department, has been chosen for the promotion, the sources said.

Zhang has already been put under official review for promotion. An ICBC source said that there had been rumors that Zhang would be moved to Shenzhen, but it turned out that he will be appointed vice president.

A former top executive at troubled regional lender Baoshang Bank Co. Ltd. has been detained by the police as part of a regulatory cleanup of the country’s first bank failure in decades.

Pan Huisheng, who was assistant president of the bank and a former head of the lender’s Shenzhen branch, was taken into custody in the Inner Mongolia autonomous region where the bank is based, Caixin learned from multiple sources with knowledge of the matter. It’s unclear why Pan was detained, but sources told Caixin his transfer to police custody took place after he was recently interviewed by an inspection team sent into the bank by the regulator.

The Trump administration is poised to add chipmaker SMIC and offshore oil-and-gas explorer CNOOC to a list of Chinese businesses blocked from American investment because of alleged military ties, Reuters reported, in the latest U.S. swipe at Beijing before President-elect Joe Biden takes office.

Semiconductor Manufacturing International Corp. and China National Offshore Oil Corp. are among four Chinese companies to be added to a list of enterprises said by the American government to be owned or controlled by the military, Reuters reported, citing a document and three unidentified people familiar with the matter. Their addition — along with China Construction Technology Co. Ltd. and China International Engineering Consulting Corp. — would bring the total of businesses on the blacklist to 35.

It wasn’t clear when the new list would be published in the Federal Register, Reuters said. The Defense Department didn’t respond to Reuters’ request for comment.

U.K. teams up with Japan’s NEC to bypass Huawei

Britain became one of the first countries to plot a path out of dependency on Chinese giant Huawei for its 5G mobile network, cutting a deal with Japanese company NEC and vowing to nurture new players to rival Nokia and Ericsson.

As it moves to ban Huawei, the British government will pump 1.6 million pounds ($2.1 million) into local trials of NEC’s effort to develop an “Open RAN” – a neutral 5G platform that can interchangeably use different companies’ equipment.

The trials in Wales will look to get an Open RAN up and running next year as part of the government’s “telecommunications diversification” strategy to avoid being left with only the higher-cost Scandinavian suppliers for its new 5G network.

Alibaba-backed furniture chain operator Easyhome New Retail Group Corp. Ltd. is raising 3.6 billion yuan ($547 million) by issuing new shares at a steep discount, with plans to use the funds to cushion its capital and launch new projects after a rough period during China’s Covid-19 outbreak.

Easyhome will raise the money by issuing around 509 million new shares at 7.06 yuan each, accounting for 7.8% of its total share count, according to a company announcement (link in Chinese) issued late Monday. The sale price represents a 20% discount to the company’s average stock price for the 20 trading days before Oct. 30, which is the date the first new shares were issued.

BOE Technology Group Co. Ltd., one of China’s three leading makers of display panels, announced it will pay 7.55 billion yuan ($1.1 billion) for 35% of a money-losing smaller rival in the city of Chengdu.

BOE will make the investment through an injection that will increase the acquired Chengdu CEC Panda Display Technology Co. Ltd.’s registered capital from a current 14 billion yuan to 21.55 billion yuan, according to a stock exchange filing dated on Tuesday. After the deal, BOE would become the Chengdu company’s single largest stakeholder, alongside six others that include regional and national investment companies, as well as electronics specialist CEC Panda.