CX Daily: Why the Lights Are Going Out in China 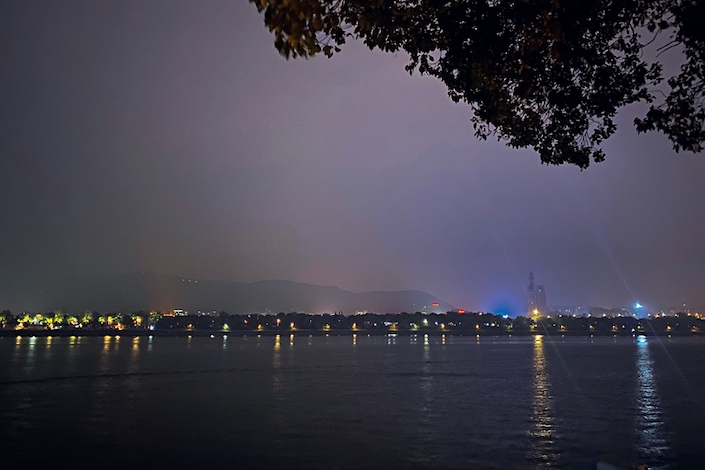 Lighting of several landmark structures in Changsha, capital of southern China’s Hunan province, was turned off in December

Cover Story: Why the lights are going out in China

As China’s economy picks up steam following the pandemic, there’s been an unexpected consequence: power shortages that forced several cities to restrict electricity use by factories, offices and even streetlights.

China’s total power consumption in November reached 646.7 billion kilowatt hours, up 9.4% from a year ago and hitting a two-year high. Growing power use reflects China’s economic rebound from the Covid-19 pandemic. On top of surging industrial demand, this year’s colder-than-normal winter and local governments’ efforts to meet emission reduction goals by the end of the year further added to pressure on generators.

Cities’ struggles with power outages this year reignited an ongoing debate over China’s slow-moving electricity market restructuring as analysts said the shortfall presents clear evidence of how government intervention and a distorted pricing system are sapping efficiency of the market.

China urges Ant Group to get back to basics with payments

Chinese regulators summoned Ant Group Co. Ltd. officials Saturday and imposed a series of requirements, ordering that the company return to its origin as a payment services provider and overhaul lending, insurance and wealth management services.

The fintech behemoth must be aware of the severity and necessity of restructuring its businesses and come up with a plan and timetable as soon as possible, the People’s Bank of China (PBOC) said Sunday in a statement (link in Chinese). The company also needs to set up a financial holding company to ensure capital sufficiency and compliance in connected transactions while protecting personal data privacy in its credit-scoring services, the PBOC said.

In response, Ant Group said Sunday that it would establish a working group to fully implement the regulatory requirements, enhance risk management of its financial businesses, and improve its corporate governance and business compliance. A work plan and timetable will be made in a timely manner, the fintech affiliate of e-commerce giant Alibaba Group Holding Ltd. said.

Alibaba pumps up shares with buyback as stock plunges

China will increase penalties for fraudulent issuance of securities and other capital market violations starting next year.

The maximum prison sentence will rise to 15 years from five under an amendment to criminal laws approved in a meeting Saturday of the Standing Committed of National People’s Congress, China’s securities regulator said in a statement. The amendment will take effect March 1.

For disclosing false information, the maximum sentence will change to 10 years from three, and an upper limit of a 200,000 yuan ($30,572) fine will be removed, the China Securities Regulatory Commission said.

Anxin Trust Co. Ltd., once the darling of China’s trust industry, escaped from immediately having to repay hundreds of millions of yuan to an investor after a court ruled that the agreements it signed with the state-owned enterprise (SOE) were invalid.

An appeals court in Central China’s Hunan province ruled that two agreements Anxin Trust signed with an investor in one of its trust products, Hunan Expressway Group Finance Co. Ltd., could not be enforced because they illegally offered implicit guarantees, the trust company said Saturday in a statement (link in Chinese).

Under the agreements, Anxin Trust committed to paying the SOE, the finance arm of a local expressway construction company, at least 100 million yuan ($15.3 million) each quarter starting in May 2019.

Beijing’s fight against the Covid-19 pandemic may not end anytime soon. Officials in the Chinese capital warned the public to be on high alert for Covid-19 flare-ups as several districts report new infections, including one of an employee at a U.S. tech giant.

“We must be soberly aware that there have been sporadic cases in multiple places in the capital and that prevention and control (of the epidemic) is facing a major test,” Beijing government spokesperson Xu Hejian said (link in Chinese) Friday at a press briefing. People must pay high attention to epidemic prevention and control “at all times,” he said.

The chairman and chief executive of Chinese game publisher Yoozoo Games Co. Ltd. died Friday after a suspected poisoning by a co-worker. The has riveted China because of its connection with a best-selling sci-fi series.

Yoozoo disclosed the death of Lin Qi, 39, Friday after the Shanghai police said he was hospitalized Wednesday for suspected poisoning. Police said they arrested Lin’s colleague, a 39-year-old male whose last name was only given as Xu, who is suspected of the poisoning.

Several gaming industry sources told Caixin the arrested person could be Xu Yao, a former Yoozoo director who works at the company’s motion picture subsidiary, where he was leading a project to create films based on “The Three-Body Problem” acclaimed science fiction novels.

BYD and Pinduoduo among Asia’s biggest stock winners in 2020

The best example was Sea, known for its Shopee e-commerce platform in Southeast Asia. Its market capitalization grew more than fivefold this year to $102 billion, making it the region’s most valuable listed company. Nasdaq-listed Pinduoduo, known for its generous group-buying discounts, is among a handful of Chinese e-commerce companies that benefited from surging demand during the pandemic, with its market cap nearly quadrupling to $170 billion. Asia’s second-biggest gainer, BYD, increased its market capitalization by 333%.

In a challenging year for Chinese companies pursuing acquisitions abroad, Latin America emerged as a region where they were able to make some corporate marriages work.

Overseas acquisitions by Chinese businesses are heading for their fourth consecutive yearly decline, with a $31.1 billion tally that’s the lowest since 2007, according to data compiled by Bloomberg. Transactions targeting Latin America totaled $7.7 billion, more than Europe and North America combined.

Chinese suitors have met heightened scrutiny in Europe and the U.S. this year as the pandemic left their strategic industries vulnerable for hostile takeovers, adding to national security concerns. Buyers from Asia’s largest economy then turned their focus on Latin America, where years of political and social uncertainty have prompted some other foreign companies to leave.