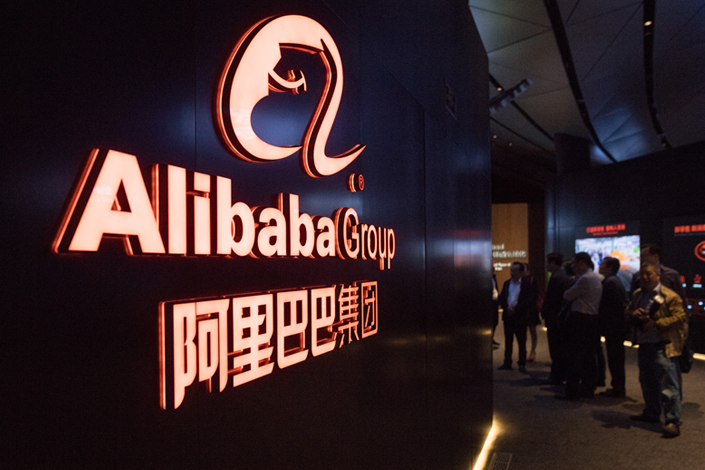 China’s tech giants are feeling the squeeze as regulators step up efforts to rein in unfair competition and put the sprawling internet sector under unprecedented antitrust scrutiny.

E-commerce behemoth Alibaba Group Holding Ltd. found itself in the center of the regulatory storm as China’s market watchdog launched an investigation of the company Dec. 24, citing allegations of monopolistic practices. In the meantime, regulators signaled broader scrutiny of big tech companies’ transactions by issuing fines for several previous acquisitions. Lawmakers are also making major revisions to the Anti-Monopoly Law for the first time in 12 years to give it more teeth.

There has never been an internet company penalized for violating China’s Anti-Monopoly Law, partly because it’s not easy to determine whether a player abuses its dominant market position in the new economy. This has sparked public criticism of excessive tolerance granted to the sector and the law’s lack of teeth.

The fines show China’s determination to crack down on risky wealth management products (WMPs) even though authorities delayed the implementation of sweeping new WMP rules until the end of 2021.

Industrial and Commercial Bank of China (ICBC), one of the big four state-owned banks, was levied the biggest fine, 54.7 million yuan, for its investment of wealth management products in its own nonperforming assets and in rights to interest on other banks' credit assets or nonstandard assets, and insufficient disclosure about its wealth management products, according to a statement posted Friday on the website of the China Banking and Insurance Regulatory Commission.

Rising food prices helped lift China’s consumer inflation back into positive territory in December as the cold weather drove up the cost of some products amid the rising seasonal demand that accompanies the end of the year, an official statement said.

The consumer price index (CPI), which measures changes in prices of a select basket of consumer goods and services, rose 0.2% year-on-year in December, a reverse from a 0.5% decline the previous month, National Bureau of Statistics data showed (link in Chinese) Monday.

December’s CPI growth came in just ahead of the median estimate of a 0.1% rise (link in Chinese) by a Caixin survey of economists.

In response to soaring youth unemployment, the Hong Kong government is offering employers a monthly grant of HK$10,000 ($1,290) for each recent college graduate they hire as part of efforts to encourage jobs for young people in the Greater Bay Area.

Goldman, JPMorgan to delist some products in Hong Kong

Goldman Sachs Group Inc., Morgan Stanley and JPMorgan Chase & Co. will delist 500 structured products in Hong Kong, adding to the fallout from a U.S. ban on investments in companies linked to China’s military.

The products include warrants and callable bull/bear contracts on Hong Kong’s benchmark Hang Seng Index, the Hang Seng China Enterprises Index and China Mobile Ltd., according to filings to Hong Kong Exchanges and Clearing Ltd. The city is the world’s largest structured product market with more than 12,000 listed products, HKEX figures show. Separately, the $14 billion Tracker Fund of Hong Kong said it would refrain from making new investments in companies covered by the ban, adding that the fund is no longer “appropriate” for U.S. investors.

WHO coronavirus investigation team to arrive in China Thursday

A worker at e-commerce giant Pinduoduo Inc. committed suicide over the weekend, the second death in less than two weeks, shining a spotlight on the long hours often forced upon employees in China’s highly competitive private high-tech sector.

The worker, surnamed Tan, jumped to his death from a building around 12:30 p.m. Saturday in the city of Changsha in Central China’s Hunan province, the company confirmed later the same day. According to his father and subsequent follow-up with Pinduoduo, Tan had flown back to Changsha the previous day before leaping from the 27th floor of his family’s home. A doctor later confirmed the case was a suicide.

The case thrust Pinduoduo into an uncomfortable spotlight once again, less than two weeks after similar scrutiny followed the death of a woman who worked for the company. That case unleashed a storm on Chinese social media over an often unspoken “996” work culture that demands employees stay on the job from 9 a.m. to 9 p.m. each day six days a week, with only Sundays off.

Semiconductor Manufacturing International Corp. (SMIC), China’s large maker of microchips, said it has received a brief reprieve after being told last week that its shares would immediately be barred from the OTCQX Market, an over-the-counter Wall Street securities market.

SMIC said it was notified by the OTCQX Market operator that trading in its shares could continue until Feb. 1, according to an announcement to the Hong Kong Stock Exchange on Sunday. As a result, trading in the shares, which had been suspended last Wednesday, was being allowed to resume on Jan. 11.

The move follows several tough years for the Fuzhou-based manufacturer, as successive annual declines in auto sales since 2018 have cut into its profits at home and the Sino-U.S. trade war has hurt the company’s profitability overseas.

The glassmaker was the focus of controversy in 2019 when a U.S. plant it runs became the subject of “American Factory,” an Academy Award-winning documentary that highlighted the cultural struggles between a high-tech, anti-union management and its working-class employees.