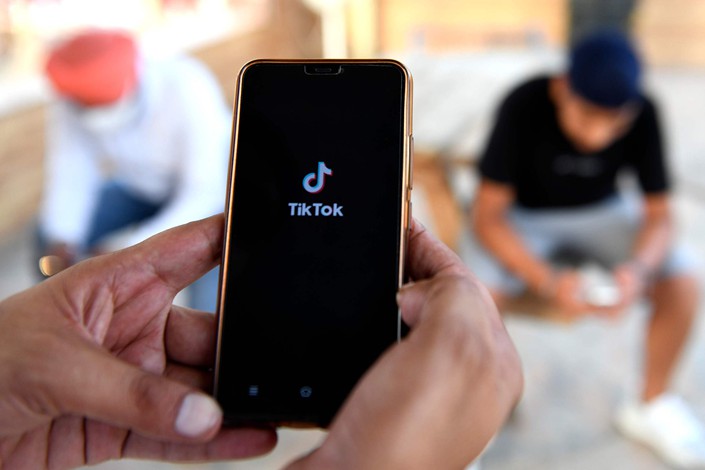 The bans have come amid broader tensions between China and India on their shared border, where one of the biggest flare-ups in years resulted in fatalities last June.

India permanently banned a number of apps backed by some of China’s top internet companies, the country’s media reported Tuesday, formalizing a temporary measure that was taken last year over privacy and national security concerns.

The group of banned apps had initially been accused of engaging in activities detrimental to India’s sovereignty, integrity and defense of the country, along with “stealing and surreptitiously transmitting users’ data in an unauthorized manner to servers which have locations outside India.”

The ban was made permanent after the government was dissatisfied with the app operators’ responses to a list of follow-up points it wanted clarified, Indian media Mint reported, citing an unnamed person aware of the development. It said the notice making the ban permanent was issued last week.

People’s Bank of China Governor Yi Gang suggested Tuesday that as long as Ant Group Co. Ltd. follows the law and fixes its problems, it will be able to resume its planned IPO.

“I would say that if you just follow the standard of legal structure (framework), you will get a result,” he said in a virtual discussion at the World Economic Forum, when he was asked whether the fintech giant could get back on track with its listing plan.

Yi said authorities have made sure that Ant Group does not cease offering its services as it overhauls its business. “You can see that the mobile payment (services) provided by Alipay have been (working as) normal,” he said. Yi also noted that some consumers have complained their privacy has been violated.

U.S. President Joe Biden’s administration is approaching its relationship with Beijing with “patience” and plans to review hard-line policies that were a hallmark of Donald Trump’s presidency, Press Secretary Jen Psaki said.

“We’re starting from an approach of patience as it relates to our relationship with China,” Psaki said. Her comments suggest that the Biden administration may be open to altering Trump’s actions. Biden himself has given no hint of a change in approach, telling The New York Times last month that he won’t make any immediate moves on Trump’s tariffs on $350 billion of Chinese imports.

China is allowing the country’s small and midsize banks to use a new type of perpetual bond to raise money as part of regulators’ efforts to help smaller banks replenish capital and keep risks under control.

On Wednesday, Ningbo Commerce Bank issued such a perpetual bond worth 500 million yuan ($77.2 million), the PBOC said. It has a 4.8% coupon rate. In China, the issuance was the first of a perpetual bond that offers investors an option to convert the debt into equity if a certain risk event is triggered.

More than 100 positive Covid-19 cases have been identified in the city of Harbin in Northeast China’s Heilongjiang province. All of the cases are thought to be linked to a local food production subsidiary of the Thai conglomerate Charoen Pokphand Group Co. Ltd. (CP Group).

Local health authorities have launched a sweeping testing program of all of the staff and have collected packaging and environmental samples at the only major food processing and husbandry enterprise in the province, Harbin Health Commission officials said Monday at a press conference.

CP Group has closed the facility, sealed every product in stock and carried out a comprehensive disinfection of the work environment, the company said Tuesday in a statement.

Fisher: The 2021 tailwinds driving stocks in China and everywhere else

Cao Ronglin, 62, jumped last week from a bridge over a river in Yiyang, Hunan province, according to eyewitness accounts. His body was recovered Friday. Cao paid most of his savings into investment products offered by local elderly care provider Yiyang Nanuo Elderly Apartment Co. Ltd. in return for a bed in a care home, according to a person familiar with his situation. But Cao lost his lodgings after the company became embroiled in an illegal fundraising scandal.

The incident spotlights how some unscrupulous private businesses in China dupe older people into making high-risk investments on the promise of a secure place to live in a fast-aging nation with a severe shortage of nursing homes.

Guangzhou Baiyun International Airport recorded 43.77 million passenger trips in 2020, down 40.36% from a year ago, according to its operator, the Guangdong Airport Authority (GAA).

Hartsfield-Jackson Atlanta International Airport had been the world’s busiest airport for the past 22 years due to its positioning as a hub for Delta, one of the top U.S. airlines. The sprawling airport's traveler volume plunged 61.17% to 42.9 million people last year.

China’s three major state-owned airlines put off delivery of more than 100 aircraft from Boeing and Airbus last year — but kept every single order from Commercial Aircraft Corp. of China in a show of support for the domestic manufacturer during the coronavirus pandemic.

Their choice highlights COMAC’s strategic importance. But given the dominance of the American and European behemoths, the Chinese airlines are expected to fulfill most of their orders in the coming years as recovery of their domestic aviation market is way ahead of the others.

The jewelry maker will issue 180 million new shares at 4.99 yuan apiece in the IPO, according to its prospectus filed Tuesday with the Shanghai bourse. More than 70% of the money raised will be earmarked to launch 12 new direct-sale stores in the next two to three years. The rest will be used to replenish the company’s cash flow.

Will Faraday and Geely team up in a possible replication of Baidu and Foxconn manufacturing partnerships?