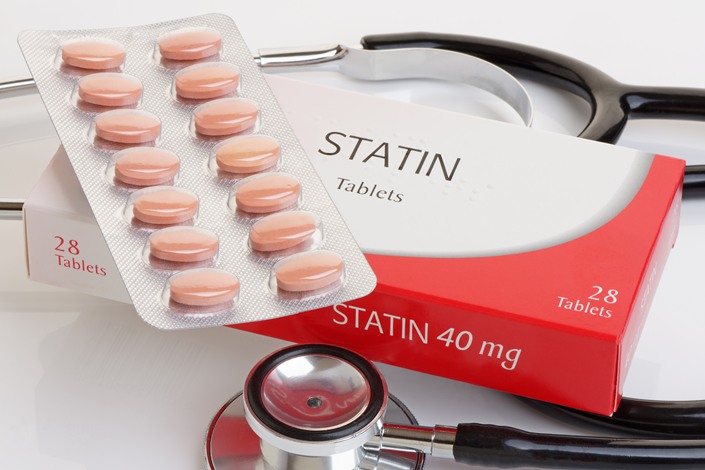 Researchers at Johns Hopkins University say "redundant" Chinese clinical trials on the use of statins, a frontline treatment for coronary heart disease, caused hundreds of avoidable deaths in the 11 years to 2019.

In Depth: Hundreds of Chinese patients died in ‘redundant’ trials of proven drugs

The figures — from experiments that ran from 2008 to 2019 — emerged in a review of “redundant” Chinese trials on statins, a class of drugs used around the world for more than 30 years to lower cholesterol, by a team at Johns Hopkins University.

Their findings were published this month in The BMJ, a peer-reviewed British journal. The team said the number of redundant trials uncovered meant “urgent reform” was needed to protect Chinese patients. The review also found that few of the examined studies reported ethics approval or funding sources.

Chinese consumers opened their wallets over this year’s weeklong Lunar New Year holiday, with spending on goods and services, eating out and going to the movies rebounding strongly from a slump during the 2020 festival when the economy was in the grip of the Covid-19 outbreak.

But transport slumped for a second year running as the government urged the country’s 1.4 billion people to avoid going back to their hometowns or taking vacations away from their city of residence to curb the spread of the coronavirus after a series of mini coronavirus outbreaks across the country.

Sales of key retail and catering companies during the holiday, which started Feb. 11, reached about 821 billion yuan ($127 billion), a 28.7% jump from the holiday period last year and a 4.9% increase compared with the 2019 festival break, data (link in Chinese) from the Ministry of Commerce showed Wednesday.

American companies would lose hundreds of billions of dollars if they slashed investment in China or the nations increased tariffs, the U.S. Chamber of Commerce said in a report highlighting the cost of a full decoupling of the world’s two largest economies.

American gross domestic product would record a one-time loss of as much as $500 billion should U.S. companies reduce foreign direct investment in China by half, the Washington-based business lobbying group said Wednesday in a report. Applying a 25% tariff on all two-way trade would trim U.S. GDP by $190 billion annually by 2025, the group said in a joint study with Rhodium Group, a New York data and analytics firm.

Chinese stocks jumped after reopening for the first time after the Lunar New Year break Thursday, poised to close at a record high.

The CSI 300 rose 2% to 5,922.07, taking it above its 2007 closing peak. During the break, Chinese stocks listed in Hong Kong gained 3.5% since onshore markets last traded, while the offshore yuan has been steady after hitting its strongest level versus the greenback in 32 months this week.

Even though the Chinese equity benchmark is trading at its highest valuation in nearly six years, traders remain bullish about the market, driven by strong corporate earnings, ample cash in China’s financial system and low borrowing costs.

Wang went on to call for the rejection of vaccine nationalism and for making doses more accessible and affordable. The needs of developing countries must be prioritized, and United Nations agencies should use their own shipping channels to resolve delivery challenges, he said.

Myanmar crisis not what China wishes to see, ambassador says

EHang Holdings Ltd., the Chinese startup that hopes to revolutionize short-distance transport with its self-flying vehicles, is getting an unwanted lesson on the aerodynamics of financial markets after a short-seller attack sent the company’s stock tumbling.

The Tuesday attack by Wolfpack Research sparked a selloff in which EHang shares lost more than half their value, falling from $124.09 to end the trading day at $46.30 on more than 10 times its typical volume. The shares regained some ground after EHang issued a response the next day. But at the Wednesday close of $77.73, the stock was still well below the pre-attack level.

As many short sellers do, Wolfpack alleged a wide-range of financial misconduct by the company in a lengthy report. Chief among those was an allegation that EHang’s relationship with its primary stated customer, Shanghai Kunxiang Intelligent Technology Co. Ltd., was “a sham.” Short sellers betting that a target stock will fall sell borrowed shares, expecting to replace them later at a lower price and pocket the difference.

The complaint, filed Wednesday with the European Commission, jeopardizes TikTok’s standing in the 27-nation market, which supplies roughly one-seventh of the ByteDance Ltd.-owned app’s total users worldwide. It also puts the company at risk of being fined as much as 4% of its global annual sales under EU data protection rules.

“TikTok is letting its users down by breaching their rights on a massive scale,” Monique Goyens, director general of the European Consumer Organization, said Wednesday in a statement.

Six people died in a fire at a gold mine in East China, one month after an explosion at another shaft in the same city killed at least 10 and sparked a weeks-long mission to rescue survivors.

The blaze began at 6 a.m. Wednesday at the Caojiawa mine in Zhaoyuan, Shandong province, according to an online statement by the government of Yantai, the city that administers the area.

Workers were conducting maintenance in the shaft when the incident occurred, the statement said. Rescue work continued until 5 p.m. Wednesday, during which six people were found dead and four were evacuated.

The logistics service provider Tuesday filed a prospectus for an initial public offering in Hong Kong after several rounds of financing valued it at $13.9 billion. The prospectus didn’t specify the amount of money it will seek to raise.

Due in part to the company’s structure and despite the backing of its parent, JD Logistics hasn’t been able to report a profit for years. Established in 2007 as an internal department of JD.com and its subsidiaries, JD Logistics operated solely for its parent company for 10 years.