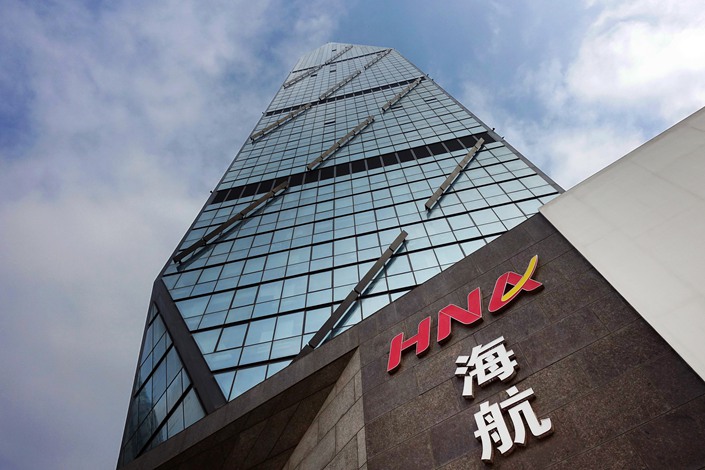 Creditors of HNA and its three core listed companies petitioned a court to order a bankruptcy restructuring after the giant conglomerate failed to repay trillions of yuan in debts. The reorganization may involve as many as 500 companies in a sprawling enterprise that at its peak tallied 1.2 trillion yuan ($171 billion) of assets.

A government-appointed working team and auditors are sifting through a mountain of papers to unravel a tangle of debt and assets at HNA Group and its hundreds of subsidiaries and affiliates. After countless meetings with creditors, the central bank, the securities regulator, the aviation regulator and other government departments, all key parties agreed to a restructuring path, the core of which is a marketized and implementable plan following the rule of law, the people with knowledge of the matter said.

China will probably become the first major economy to officially launch a sovereign digital currency, which has long drawn attention from central bankers and fintech investors around the world.

Zhou Xiaochuan, a former governor of the People's Bank of China, in a speech to a seminar at Peking University Nov. 27 shared his thoughts on China's digital currency system. "Personally, I believe it would be better if the central bank does not decide in advance on a specific technological roadmap because it is hard to determine which one is the best as technology develops rapidly," Zhou said.

"China and other East Asian countries can steadily push ahead on cross-border transactions using digital currency," Zhou said. "That process could come with the internationalization of the yuan, which should not be overly promoted. And China should avoid being accused of promoting 'yuanization.'"

China’s financial regulators dealt a fresh blow to banks and fintech companies that jumped into online lending, imposing tougher rules that have the potential to crimp the growth and scale of their credit business.

The notice (link in Chinese), published by the China Banking and Insurance Regulatory Commission (CBIRC) Saturday, tightens oversight of banks’ online lending through measures including a ban on the provision of credit by regional banks to customers outside the jurisdiction covered in their company registration.

The commission set an overall limit on online loans issued by banks in cooperation with third parties as a percentage of their total credit and stipulated limits on total exposure to joint lending. It also mandated that in any joint loan, the other institution must provide at least 30% of the capital.

Credit Suisse Group AG is continuing to press for full control over its securities venture in China amid plans to double its headcount and revenue in the world’s fastest-growing major economy.

Securities regulators turn up violations by 75 businesses and individuals

China’s top securities regulator handed out penalties to a number of financial intermediaries and professionals following inspections that found market misconduct by 75 businesses and individuals.

Editorial: Now is the time to reform the WTO

Responding to a question from state broadcaster CCTV Monday, Tang Renjian said China must “make a strong turn for the better in the seed industry” and “use modern farming technology and equipment to strengthen support for food security.”

Hong Kong-listed smartphone giant Xiaomi Corp. gently rebuffed rumors in “certain media articles” that it is making a move into automobile manufacturing, saying Sunday that it had “not initiated any formal project regarding the study of electric vehicle manufacturing business.”

Rumors of a move into manufacturing cars caused a stir last week when they were first reported in Chinese by the blog Late Post and carried by various outlets including Caixin Global.

Chinese appliances-maker Gree Electric Appliances Inc. of Zhuhai disclosed Monday the surprise departure of its chief executive, sending its shares tumbling as much as 5% and raising fresh questions about who will succeed the company’s 67-year-old Chairwoman Dong Mingzhu.

Chief Executive Huang Hui, one of Gree’s longest-serving board members, resigned for personal reasons, the company said in a notice early Monday (link in Chinese), without giving further details. It was the second top executive departure in the last half-year.

Huang’s decision to leave the company came less than seven months after Wang Jingdong, a former vice president and secretary to Dong, resigned in August last year, ending an 18-year tenure at the company.

Home mortgage rates rose in February for the first time in more than a year as the government continued its efforts to curtail lending to the real estate industry to stave off risks to the financial system.

In February, the average interest rate on loans to first-time homeowners increased 4 basis points from the previous month to 5.26%, while the average mortgage rate on second homes increased 3 basis points to 5.56%, according to a report released Saturday by online financial service platform Rong 360. A basis point is a hundredth of a percentage point.

Sinopec doubles down on hydrogen despite demand drought