CX Daily: China to Boost Basic Research Funding to Give Science and Tech a Shot in the Arm 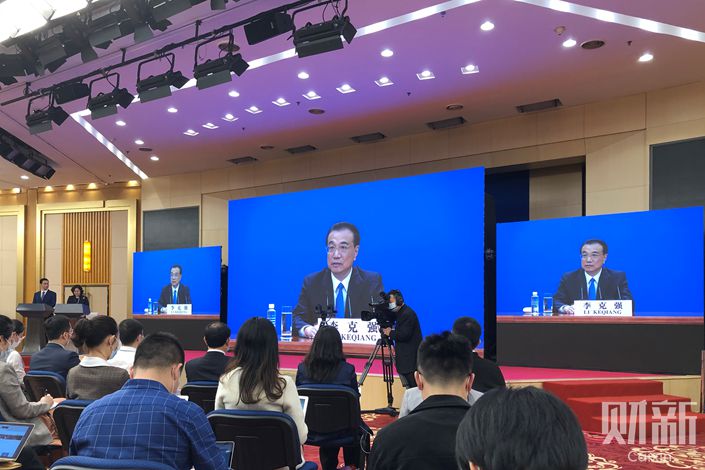 Two Sessions 2021: China to boost basic research funding to give science and tech a shot in the arm

China will boost spending on basic research during the next five years to hasten the country’s emergence as a “science and technology power,” Premier Li Keqiang said Thursday.

The country will increase the proportion of basic research within the overall R&D sector from the current 6%, Li said, noting that developed nations typically assign 15% to 25% of total R&D spending to basic research.

Additionally, China will give scientists more autonomy to decide how to spend grant money so they expend less energy on “filling out forms” and more on “actually doing research,” Li said at a press conference at the end of the annual meeting of the National People’s Congress, China’s legislature.

In August, State Grid transferred its entire stake in property company Luneng Group to a state-owned enterprise free of charge, exiting the real estate sector. In November, an official of the National Development and Reform Commission, China’s top economic planning agency, said the power giant would spin off all of its equipment manufacturing operations by the end of 2021.

The plans marked the government’s renewed push to reorganize the power sector to cut prices and boost efficiency. Here are some key facts about China’s sweeping power industry overhaul and why it matters.

State-owned telecom operator China Telecom Corp. Ltd. will find there are fewer barriers to listing on a Chinese mainland bourse than in the past as regulators have grown less anxious about the market impact of such a large company floating shares, a source close to financial regulators told Caixin.

On Tuesday, the Hong Kong-listed giant announced a plan to issue as many as 12.1 billion A shares in a secondary listing on the Shanghai Stock Exchange’s main board. Based on Thursday’s closing price of its Hong Kong shares, China Telecom could raise around $4.1 billion from the listing. However, a person at a joint-venture brokerage told Caixin that the company’s mainland debut ought to be priced higher than the Hong Kong shares.

Previously, China Telecom made several attempts to list on the mainland, the source close to regulators said, but “regulators had a lot of concerns due to its huge size.”

Top Chinese and U.S. officials to meet in Alaska next week

Top Chinese and U.S. officials will meet in Alaska next week for their first face-to-face meeting since U.S. President Joe Biden’s inauguration as the two countries attempt to redirect their relationship, which many people see as being at its lowest point in decades.

According to the U.S. State Department, the meeting will take place between U.S. Secretary of State Antony Blinken, National Security Adviser Jake Sullivan, and Chinese Politburo member Yang Jiechi and Foreign Minister Wang Yi March 18 in the U.S. state of Alaska, which is located about halfway between the two sides’ capitals.

Blinken said on Twitter that he will “engage [with his Chinese counterparts] on a range of issues, including those where we have deep disagreements.”

China needs to rethink how it regulates its fintech industry so that it applies the rules to companies based on what they do rather than what license they hold, the World Economic Forum (WEF) advised in a new report.

The advice aims to provide the country with a path for taming the often chaotic development of the country’s fintech industry without stifling the innovation that has made it one of the most advanced in the world in certain aspects.

For regulation to help facilitate innovation, China needs a new regulatory model that will enable regulators to oversee all types of financial businesses, strengthen the consistency of the rules, and test a regulatory sandbox that keeps watchdogs responsive to new technologies, the WEF said Wednesday in a report.

Banks made 1.1 trillion yuan of medium and long-term loans to nonfinancial companies.

Guotai Junan Securities gets OK to sell $7.7 billion of bonds over 2 years

Concerns are rising over the prospect of further defaults from a state-owned energy company whose credit rating has been slashed after it failed to repay hundreds of millions of yuan earlier this month.

On March 1, Chongqing Energy failed to repay a combined 915 million yuan ($141 million) on debts, including a bank acceptance note from Ping An Bank Co. Ltd. and a letter of credit from China Zheshang Bank Co. Ltd.

State-owned oil producer China National Petroleum Corp. (CNPC) sold 15,000 tons of crude oil in China’s first online auction as part of a dramatic change in the way the commodity is sold in China.

The 5,000 tons of super heavy oil and 10,000 tons of heavy oil produced by CNPC’s Liaohe oil field were auctioned Friday on Dalian Petroleum Exchange’s online platform, according to a local newspaper report. The exchange is a wholly owned unit of CNPC. Eight local refiners in northeast China’s Liaoning province participated in the bidding.

CNPC fetched a higher price in the auction than under the existing system of distributing the commodity using planned quota prices. The oil fetched about 3,100 yuan ($476) a ton, compared with the internal planned quota price of 2,700 yuan set by the Liaohe oil field, according a bidding statement. The auction price was equivalent to global crude prices.

Benchmark iron ore futures in the world’s biggest consumer of the key steel ingredient stumbled this week after a major smog wave in North China led to the rollout of government-mandated manufacturing cutbacks to improve air quality.

The most actively traded 12-month futures contract for iron ore due in May on the Dalian Commodity Exchange slid 5.24% Wednesday to 1,040.5 yuan ($159.76) per ton, down 11.4% from a recent high of 1,174.5 yuan per ton on March 4, after the northern city of Tangshan ordered local steel mills to cut production as heavy smog hit the region.

Autonomous truck startup Inceptio Technology launched its latest autopilot system Wednesday, aiming to achieve mass production of vehicles equipped with it by the end of this year.

The Level 3 category applies to vehicles that can drive themselves only under certain road conditions, such as on highways.

Foxconn set to make iPhone 12 in India, shifting from China