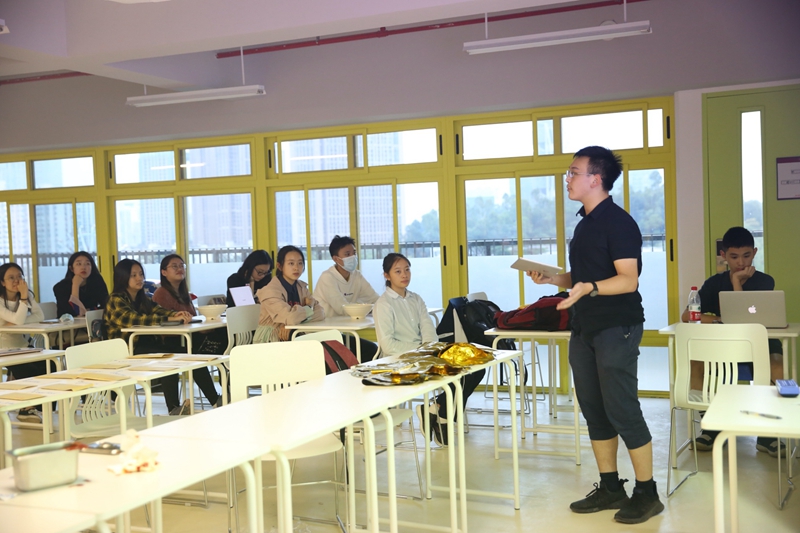 International schools in China are enjoying a boom in demand as Covid-19 travel restrictions limit the number of students seeking education overseas, according to enrollment data and interviews with industry insiders.

Demand is particularly high in the mainland portion of the Greater Bay Area, an economic hub covering part of wealthy Guangdong province as well as Hong Kong and Macao. Until recently the area housed fewer international schools than middle-class strongholds like Beijing and Shanghai.

The Chinese mainland confirmed 24 new Covid-19 cases Tuesday, the most in around two months, as the country continues to battle an outbreak on its southwestern border.

All of the 15 new locally transmitted infections were discovered in the locked-down city of Ruili on the country’s boundary with Myanmar, the Yunnan provincial health commission said (link in Chinese).

The nine other cases were imported, the National Health Commission said (link in Chinese). They included four in Shanxi province, two each in Shanghai and Guangdong province, and one in Jiangsu province.

China’s financial regulators are raising standards for the top brass at companies that do a significant part of their business in finance as the country continues efforts to bring its once freewheeling fintech giants like Ant Group Co. Ltd. into line.

The measure is the government’s latest move to regulate tech and other companies that operate financial businesses more like traditional financial institutions to prevent executives from taking advantage of their positions.

In new regulations (link in Chinese) released Friday, the People’s Bank of China (PBOC) outlined detailed qualifications for directors and supervisors as well as senior executives who “have a big impact” on the operational management, risk control and decision-making at financial holding firms, like the general manager.

China’s services sector expanded at the fastest pace in three months in March as companies’ optimism jumped to a 10-year peak, a Caixin-sponsored survey showed Tuesday.

The Caixin China General Services Business Activity Index, which gives an independent snapshot of operating conditions in the services sector, rose to 54.3 in March from 51.5 the previous month. Readings greater than 50 indicate expansion.

China tells Japan not to side with U.S. in ‘great power rivalry’

Japan should have an “objective and rational” view of China’s development and avoid siding with the U.S. in a “so-called great power rivalry,” Chinese Foreign Minister Wang Yi told his Japanese counterpart Toshimitsu Motegi in a phone conversation Monday.

Wang urged the two sides to “cherish and maintain the hard-won improvement of Sino-Japanese relations” and prevent their ties from “being tossed around, stagnating and even going backwards,” according to a statement (link in Chinese) released by the foreign ministry.

Striking a tough tone, Wang also warned his Japanese counterpart not to interfere in China’s domestic affairs, including issues related to Xinjiang and Hong Kong. “Don’t extend your hand too far,” Wang said.

Shanghai exchange condemns tycoon who fled ahead of bond default

The Shanghai bourse condemned a businessman who fled the Chinese mainland a few weeks before his company defaulted on a 100 million yuan ($15.2 million) bond, saying he displayed “a negative attitude toward resolving and dealing with bond credit risk.”

The Shanghai Stock Exchange’s public censuring of Gao Hongming and his son Gao Yuan comes as part of broader efforts to clean up the bond market after a wave of corporate defaults last year set off a financial earthquake.

The group’s activities will be split into two units, Huawei announced in a Friday internal memo. Its server and storage hardware products activities will be taken over by Huawei’s internet products and solutions department, renamed “ICT product solutions” and made responsible for the tech giant’s product R&D.

A strong recovery in demand boosted tourism travel to near pre-pandemic levels during the three-day Qingming Festival holiday in China, but spending on trips lagged behind previous years.

China’s Ministry of Culture and Tourism said Tuesday travelers made 102 million domestic trips during the annual Tomb-Sweeping Day holiday that ended Monday. The figure was 94.5% of the number of trips made during the holiday in 2019, a year before Covid-19 hit.

Although passenger volumes rebounded close to pre-pandemic levels this year, tourists appeared to be less likely to splurge as much as they did in 2019. Travel businesses raked in 27.17 billion yuan ($4.15 billion) during the three-day period, 56.7% of the 2019 level, but 228.9% higher than last year.

China’s Longi Green Energy Technology Co., the world’s top solar panel-maker, is moving into the hydrogen sector, a move that could allow for storage of excess solar power generated during the day for use during low-production periods.

Longi — which manufactures wafers, cells and solar panels — has established a hydrogen-focused subsidiary with Shanghai-based private equity fund Rosefinch Asset Management Co. Ltd. with registered capital of 300 million yuan ($45.67 million), according to the National Enterprise Credit Information Publicity System. It didn’t disclose how much each partner plans to invest.

In March, Nio delivered 7,257 vehicles, representing a year-on-year increase of 373%. The March figure brings Nio’s total deliveries in the first quarter of the year to 20,060 vehicles, the most for any quarter, the company said in a statement released Thursday. In the same month, Xpeng delivered 5,102 vehicles, up 384% year-on-year. The company also achieved record-breaking quarterly deliveries of 13,340 vehicles in the first three months of the year, beating its earlier forecast of 12,500 cars. On Friday, Tesla announced that it delivered 184,800 vehicles worldwide in the first quarter.