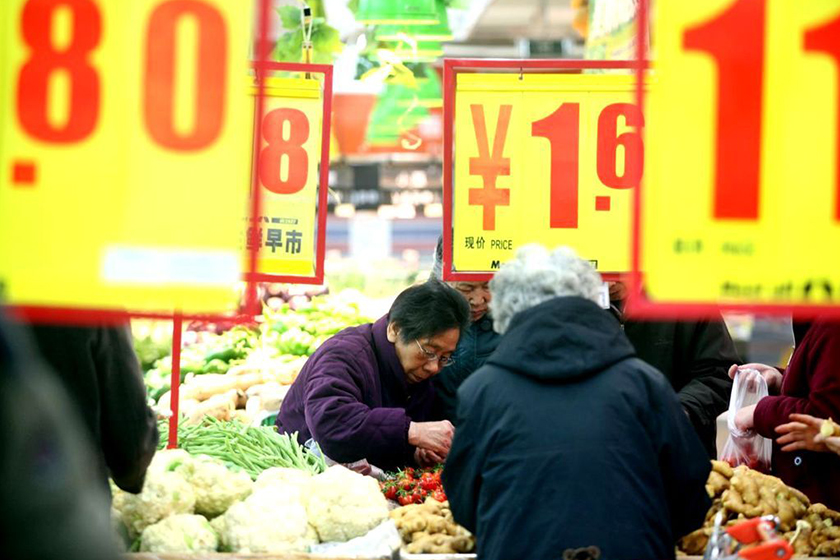 China’s central bank sought to calm growing concerns that surging commodity costs will fuel increases in consumer prices, saying that imported inflation is “generally controllable” and factory-gate prices will stabilize after global production and supply recover from the Covid-19 pandemic.

“As a large economy, the increase in international commodity prices is not, on its own, likely to trigger any obvious imported inflation in China as long as it is not accompanied by overheating domestic demand,” the People’s Bank of China (PBOC) said in its first-quarter monetary policy implementation report (link in Chinese) Tuesday. “The rise in global commodity prices may boost China’s PPI (producer price index) in stages, but the risk of imported inflation is generally controllable.”

Beijing sends another signal that property tax is on the agenda

China sent a clear signal about its plans to push forward with a long-awaited property tax, as equally long-standing concerns about market speculation come to the fore again amid price increases and local governments seeking more revenue sources.

On Tuesday, officials from the Ministry of Finance, the Ministry of Housing and Urban-Rural Development, the State Taxation Administration, and the national legislature’s budgetary affairs commission held a seminar to solicit opinions from experts and local government officials on property tax, according to an official statement (link in Chinese).

The seminar is a sign that work on the new property tax is accelerating, fiscal and tax experts told Caixin.

China’s banking and insurance regulator outlined four ways for trust companies to dispose of risky assets amid concerns about mounting threats in the $3 trillion sector.

The China Banking and Insurance Regulatory Commission (CBIRC) in a notice specified four asset-disposal avenues for trust companies. They include selling directly to professional institutions, transferring assets to special purpose vehicles, entrusting asset management companies to dispose of investments, and selling assets to trust guarantee funds, which would then engage the trust companies to manage and dispose of them on behalf of the funds.

The chairmanship of Industrial Bank has remained vacant since September 2019 when former Chairman Gao Jianping retired. The bank is China's second-largest joint-stock bank with 7.89 trillion yuan ($1.23 trillion) in assets, behind China Merchants Bank.

The Shanghai Stock Exchange and South Korea’s Korea Exchange agreed to work on a program for investors from both sides to tap into each other’s markets through exchange-traded funds, according to a memorandum of understanding signed Tuesday.

The two sides will also promote cooperation on indexes and bond markets, the Shanghai bourse said in a statement (link in Chinese).

Tesla Inc.’s car sales in China fell by more than a quarter in April from their record high in March as the electric-car pioneer battled the fallout of a public relations gaffe and increased regulatory scrutiny.

The slump was steeper than the 12% month-on-month decline in new-energy vehicle sales in the world’s largest car market in April, which was partly caused by fewer working days than in March, according to a monthly report (link in Chinese) by the China Passenger Car Association (CPCA), an industry group.

Sales of Tesla’s Model Y wobbled last month amid unverified reports that the automaker’s Shanghai factory suspended production for two weeks for equipment upgrades, a decision that would most likely have affected new vehicle deliveries. Tesla did not respond to a Caixin requests for comment.

Xiaomi in talks to stay off U.S. Defense Department blacklist

Smartphone giant Xiaomi Corp. agreed to find a settlement that would get it removed from a U.S. Defense Department blacklist, representing a rare reversal of a Trump-era action that could have limited the company’s access to global capital markets.

The news sparked a rally for Xiaomi’s Hong Kong-listed shares, which rose more than 6% Wednesday. Even after the rally, the stock was still down more than 20% this year following the Defense Department’s surprise move back in mid-January just days before Trump left office.

A Xiaomi spokesperson said the company is paying close attention to development of the issue but would not comment further.

Tencent-backed social media app operator Soulgate Inc. is seeking to raise $100 million in a public offering in the U.S., betting investors will buy into the growth story of its networking features even as it continues to lose money.

Soulgate, whose dating and chatting app Soul targets adults under 30, on Monday filed its prospectus ahead of a planned listing on the Nasdaq, saying it would spend the proceeds mainly on developing its artificial intelligence, big data capability and technology infrastructure as well as brand marketing and promotional activities to expand its user base.

Huawei faces the risk of being unable to purchase data storage devices from three foreign hardware companies that use U.S. technology as Washington presses governments and companies around the world to give the Chinese tech giant the cold shoulder.

U.S. Senator Roger Wicker, a ranking member of the Senate Committee on Commerce, Science and Transportation, sent a letter Tuesday to the CEOs of Toshiba America Electronic Components, Seagate Technology and Western Digital, requesting information regarding their compliance with a 2020 U.S. rule designed to restrict Huawei and its affiliates from accessing foreign-produced hard disk drives made with U.S. software or technology.