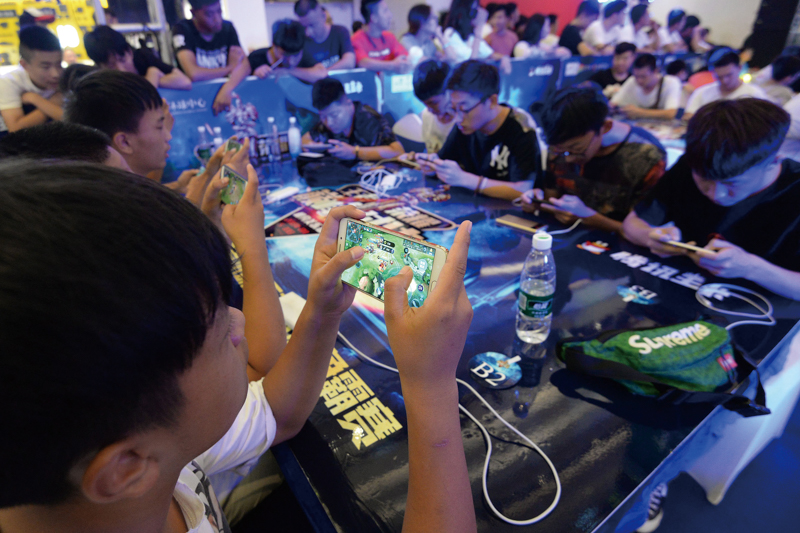 A new generation of online game developers is bringing a major shakeup to the industry in China and threatening the long-established dominance of titans like Tencent Holdings Ltd. and NetEase Inc.

One of the brightest rising stars is Shanghai-based miHoYo, developer of the popular fantasy game Genshin Impact. Launched in September 2019, the free-to-play open-world adventure has scored success both inside and outside of China. Available on mobile devices, PlayStation 4 and the PC in more than 50 countries and regions, the game generated $1 billion of sales in Apple’s App Store and the Google Play store in less than six months. Tencent’s most popular game, Honor of Kings, took 18 months to reach that milestone.

U.K. businesses call on Beijing to make it easier to bring staff to China

British businesses called on Beijing to make it easier for their staff to enter China, give advance notice of changes to industrial policy, and retain certain tax benefits for expatriate workers to make the nation more attractive to overseas talent.

Cybersecurity, cross-border capital transfers and competition with state-owned companies also continue to hinder the operations of U.K. businesses in China, according to a paper published Wednesday by the British Chamber of Commerce in China, a business group.

Tencent Holdings Ltd. — billionaire Pony Ma’s sprawling gaming, technology and financial empire — has been told by regulators to put its finance-related business into a new financial holding company where they can be better supervised, multiple sources close to the matter told Caixin.

The reorganization of the company’s multibillion-dollar financial operations, which span mobile payments, lending and insurance, follows a rectification plan imposed on rival Ant Group Co. Ltd. earlier this year. The move signals a widening crackdown on the aggressive expansion by tech groups into financial services fueled by concerns over potential systemic risks to financial stability and their outsized market power after years of relatively unchecked expansion.

Walls close in on cryptocurrency miners in Inner Mongolia

North China’s Inner Mongolia announced more plans to crack down on cryptocurrency mining, including by shuttering businesses, as part of efforts to slash energy consumption over the next few years.

The autonomous region’s government would revoke the licenses of any telecommunications and internet companies that engage in cryptocurrency mining, according to a list of proposed measures (link in Chinese) released Tuesday for public comments by the Inner Mongolia Development and Reform Commission.

Liang Qiang, who was expected to be the new president of Huarong, was named president of rival China Great Wall Asset Management Co. Ltd., according to a statement published Tuesday by the China Banking and Insurance Regulatory Commission.

Goldman Sachs Group Inc. received approval from Chinese regulators to set up a wealth management joint venture in the world’s second-largest economy to go after an asset pool it estimated will surpass $70 trillion by the end of this decade.

Smartphone-maker Xiaomi Corp. is off the hook, for now, from an order handed down in the final days of the Trump administration that placed the company on the U.S. government’s proscribed Communist Chinese military companies (CCMC) list.

A federal court in Washington issued a final order Tuesday vacating the designation by the U.S. Department of Defense of Xiaomi as subject to sanctions for alleged ties to China’s military, the Hong Kong-listed company said in a securities filing.

The court’s move to vacate means the formal lifting of restrictions on U.S. investors buying or holding securities of Xiaomi, currently the world’s third-largest smartphone-maker and the fastest growing among the top five vendors.

Tesla Inc. said it built a new data center in Shanghai to store information gathered on local users and their vehicles as the star electric-car maker sought to accommodate a tightening regulatory regime and address allegations that its cars pose national security risks.

In a post published on social media platform Weibo Tuesday, Tesla reiterated that data generated by all cars it sells in China will be stored there. Hot sales of the Shanghai-assembled Model 3 and Model Y have made Tesla a household name in the country, but a string of recent controversies has soured public sentiment.

China may be preparing to ban private educators from going public, comments given to Caixin by a local official in Beijing showed, as part of a rumored crackdown to ease the burden on Chinese students of excessive extracurricular study programs.

Rumors of a clampdown on the booming sector for private tutoring services have been circulating for several months following a growing public outcry over an ultra-competitive education system that pressures parents to enroll their children in cram schools or risk having them lose an edge to their peers.

The organizer of the ultramarathon in northwestern China’s Gansu province that turned deadly over the weekend won the job of conducting the race in a noncompetitive procurement process, according to contract documents obtained by Caixin.

Gansu Shengjing Sports and Culture Development Co. Ltd., a small, 6-year-old business with an executive team of temporary hires, won the job of conducting the first race in 2018 through a public bidding process. The company also managed the event in the succeeding three years, but those contracts were arranged in noncompetitive procurement negotiations, the documents show. The only two other bidders this year had close ties with Shengjing, Caixin learned.