CX Daily: Five Things To Know About How China Is Tackling ‘Too-Big-To-Fail’ 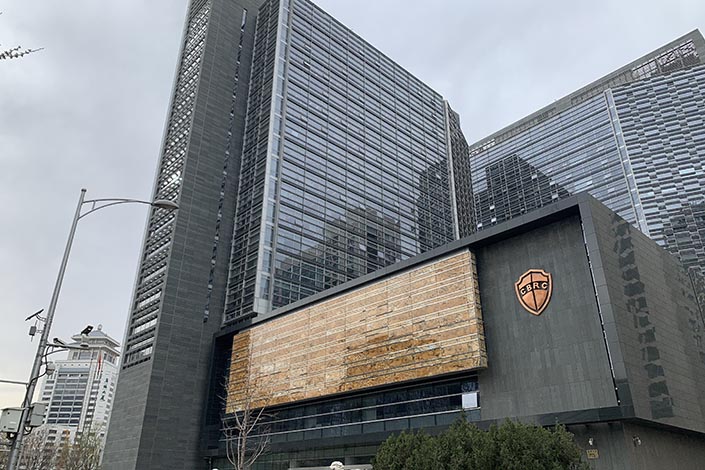 The headquarters of the China Banking and Insurance Regulatory Commission in Beijing on March 19. Photo: VCG

Bailing out failed financial institutions has been a big headache for China’s financial regulators over the past three years as they’ve tried to protect the financial system from the risks posed by massively indebted companies.

In the wake of the bailouts, and the expectation that more failures were likely as the government overhauled the financial sector and recapitalized the banks, regulators worked to put a more robust system in place to deal with potential collapses.

The result (link in Chinese) is the “Interim Measures for the Implementation of the Recovery and Resolution Plans of Banking and Insurance Institutions” (银行保险机构恢复和处置计划实施暂行办法) issued by the China Banking and Insurance Regulatory Commission (CBIRC) in early June. The measures, which include provisions for what’s known as living wills, aim to prevent and resolve major risks, ensure the orderly recovery and resolution of problematic financial institutions, and maintain financial stability, the commission said.

A landmark personal bankruptcy ruling by a court in the southern Chinese city of Shenzhen could pave the way for the nationwide rollout of a legal system that would allow individuals and private business people who can’t repay their loans to undergo debt workouts or be declared bankrupt.

The Shenzhen Intermediate People’s Court approved a bankruptcy restructuring plan (link in Chinese) for Liang Wenjin, a businessman who racked up 750,000 yuan ($155,544) in debt as of March after a failed business venture, according to a statement posted by the court Monday. Liang was ordered to repay the principal to his creditors within three years but was exempted from paying interest and late-payment penalties.

There’s no end yet to the scandals involving former executives at China’s top policy lender as authorities have launched yet another probe linked to China Development Bank (CDB).

The 57-year-old Xu Weihua, a former Communist Party chief and president of the bank’s branch in the southern island province of Hainan, is now under investigation by the Central Commission for Discipline Inspection (CCDI), China’s top anti-corruption agency, and its local counterpart in North China’s Shanxi province, an official statement (link in Chinese) said Friday.

Hong Kong has administered at least one dose of Covid-19 vaccine to more than 40% of its population, according to government data.

The city had administered more than 4.8 million doses of Covid-19 vaccine as of Monday, data show. More than 2.8 million residents, accounting for 41.9% of the total population, received at least one dose, and 30% received a full two-dose course.

China’s debt-laden HNA Group Co. Ltd. faces billions of dollars in debt claims filed by 60,000 retail investors who poured money into wealth management products sold by its units as the once high-flying conglomerate struggles in a lengthy bankruptcy restructuring.

Once among China’s most aggressive overseas dealmakers, HNA borrowed heavily to buy global assets including stakes in Deutsche Bank AG and Hilton Worldwide Holdings Inc. until China tightened credit rules to crack down on capital flight and companies’ debt risks. After years of unsuccessful struggle to repay trillions of yuan in debts, HNA this year entered bankruptcy restructuring along with its 320 affiliates.

A senior Chinese aerospace executive was expelled from the Communist Party and removed from public office for allegedly attacking two senior scientists, according to a statement (link in Chinese) published Monday by China Aerospace Science and Technology Corp. (CASC), the main contractor for the country’s space program.

Zhang Tao, party secretary and chairman of China Aerospace Investment Holdings (CAIH), was detained by police earlier this month. Following the statement issued by CASC, the parent of CAIH, prosecutors in Beijing’s Chaoyang district approved the arrest (link in Chinese) of Zhang on suspicion of intentional injury.

Baidu launched its Apollo Go robotaxi service in Guangzhou, taking a step closer to its goal of expanding the service to 30 Chinese cities within the next three years.

The service in Guangzhou Science City, a science and technology park located in Guangzhou’s Huangpu district, operates on predetermined routes that take its robotaxis past schools, hospitals, parks, hotels and office buildings, with more than 200 designated spots where the vehicles can pick up and drop off passengers, Baidu said Monday in a statement.

The top film contributed 540 million yuan, or about two-thirds of the 844 million yuan in sales by China’s cinemas in the week through July 18, according to data (link in Chinese) from the China Movie Data Information Network. Takings were up 20.5% from the previous week.

Tech Talk: Tencent to challenge Baidu in search, but no one cares