CX Daily: China Can't Wait To Have Its Own Nasdaq 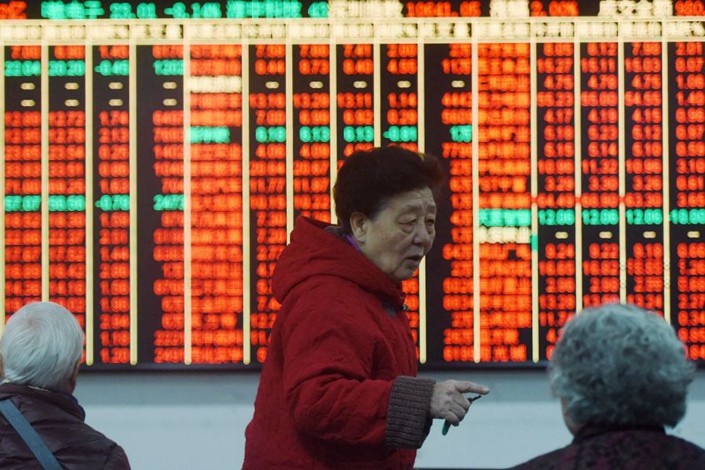 China’s securities watchdog released the final version of rules governing the country’s new Nasdaq-style high-tech board, the latest in a series of fast-paced developments that highlights the priority regulators place on creating a capital market that will serve as a financial incubator for the country’s innovative technology firms.

In addition to finalized listing criteria, we now also have a list of 34 specific sectors that are encouraged to seek a listing on the high-tech board, released by the Shanghai Securities Exchange, which will host the new board. These include semiconductors and integrated circuits, artificial intelligence, aviation, advanced rail transit, advanced nuclear power generation, solar and wind power, new-energy cars, biotech, and high-end medical equipment manufacturing.

Analysts also estimate that about 300 billion yuan ($44.7 billion) of capital will be available to invest in the board. As of Monday, 18 fund managers submitted applications to the securities regulator for a total of 36 themed funds designed to invest in stocks on the board.

As Chinese mainland stocks rally after a year of poor performance, investors are rushing to borrow money to fuel a share-buying spree. The outstanding amount of margin debt, the value of shares that investors bought with borrowed money, reached 796.2 billion yuan ($103.93 billion) after the markets closed on Friday, up 12% since Feb. 1.

China’s lawmakers are in a race against time to submit long-awaited revisions to the Securities Law for their third review and avoid hitting a two-year time limit that would force them to shelve the draft altogether, squandering more than four years of work.

The Securities Law was first promulgated in 1999 and underwent only one comprehensive revision, which went into effect in 2006. Analysts said the Law needs to be changed to adapt to changes in the capital markets. Changing the law has taken on added urgency over the past few months as regulators prepare a long-awaited overhaul of the IPO system to be tested in China's new high-tech board.

The contribution of high value-added industries to China’s overall economic inputs dropped in February for the third month in a row to its lowest in 21 months, due to a decrease in capital inputs in the country’s new economy industries, according to a private index released Saturday.

The Mastercard Caixin BBD New Economy Index (NEI) dropped to a reading of 27.4, indicating that the new economy accounted for 27.4% of overall economic input activity. The monthly reading is the lowest since the index was first released on March 2, 2016. The index measures labor, capital and technology inputs in 10 emerging industries relative to those used in all industries.

China and the U.S. have made "important progress" in trade talks, a spokesperson for the annual session of China’s national legislature and a former Chinese ambassador to Washington said Monday, demonstrating Beijing's optimism toward easing trade tensions between the world's two largest economies.

The remarks came after a CNN reporter asked Zhang Yesui how China will respond to a recent consensus by U.S. politicians labeling China a “strategic threat.” Zhang replied that a relationship characterized by conflict and confrontation is in neither side’s interests.

How does China’s current stimulus measure up?

In comparing the current Chinese policy stimulus to the previous ones, a simplistic approach would be to compare the number of cuts to the reserve requirement ratio, benchmark interest rates, and the expansion of budget deficit, according to Wang Tao, head of Asia economics and chief China economist of UBS Investment Bank. But, she says, long-time observers of the Chinese economy would know that overall credit expansion and augmented fiscal deficit (AFD) matter more.

At the ongoing “Two Sessions,” the annual parliamentary meetings of China’s main legislative and political bodies, Suning Holdings Group Co. Ltd. chairman Zhang Jindong proposed promoting the sale of household appliances in rural areas through government subsidies. He added that the efficiency of the procedure for rural households to claim such subsidies should be improved.

Zhang’s proposal came as Beijing pushes for a new round of domestic consumption incentives announced at the end of November, placing more emphasis on unleashing the spending power of rural households. The latest plan is seen as a signal that a second campaign will be mounted to bring more electrical appliances to the countryside.

Yang’s move has reignited speculation that Beijing might be considering a merger between Unicom and China Telecom to better compete with China Mobile. An indicator may be whether the government moves quickly to name a new China Telecom head or leaves the post vacant, said one analyst.

China wants to send a rover to Mars next year

China plans to follow the success of Chang'e 4 by landing a rover on Mars next year, the next step in its ambitious plan to become a major space power by 2030.

China will send a rover to Mars to orbit, land and conduct astronomical observations, Wu Weiren, chief designer of China's lunar exploration program, said Sunday before the opening of the Chinese People's Political Consultative Conference (CPPCC). Other projects in the works include building a reusable launcher and a permanently manned space station.

Chinese Tesla owners are angry after the electric car maker slashed the prices of eight versions of its Model S and Model X by $12,000 to $18,000 last week, Sixth Tone reports, with photos and videos circulating online of demonstrations in front of showrooms in Changsha, Hunan province.

Yet Tesla's move falls in line with the rest of China's ailing auto industry. Bloomberg reports that incentives and price drops of more than 10% are now common, as are interest-free loan offers, especially outside China’s cities.

Profits for large-scale producers rose 5.2% last year to 288.8 billion yuan ($43 billion), the China National Coal Association said. Profits for 90 of the largest producers – accounting for more than half of all profits – rose an even more robust 26.7%, reflecting the government’s drive to concentrate more output at the largest, most efficient operations.

• Chinese support wind turbines, just not in their backyard

• Price of plastic falls as demand in China slows (FT)