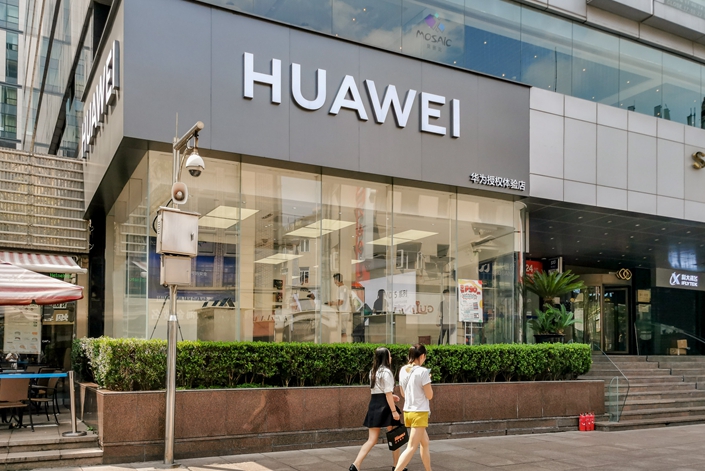 Huawei Technologies Co. downplayed a second 90-day reprieve from a U.S. government blacklist, which will allow it to continue buying products from American companies under certain circumstances.

“The extension of the Temporary General License does not change the fact that Huawei has been treated unjustly,” the company said Monday in a statement. “Today's decision won't have a substantial impact on Huawei's business either way.”

The U.S. Commerce Department said Monday that it would grant another 90-day temporary reprieve to Huawei, delaying the implementation of a business ban on the company and dozens of subsidiaries to Nov. 19. The department also said 46 more Huawei subsidiaries were added to the so-called Entity List, meaning U.S. companies will be restricted from doing business with them without government approval.

China’s revamped national loan prime rates (LPRs) were released Tuesday, with the one-year rate coming in at 4.25%, down from the previous 4.31%, and below the one-year benchmark lending rate of 4.35%. The five-year LPR came in at 4.85%, five basis points lower than the benchmark rate for loans with maturities longer than five years. A basis point is one-hundredth of a percentage point.

The rates more or less matched market expectations that the new LPRs would come down slightly on the first day. For their part, analysts are waiting on additional moves from the central bank to see whether actual loan rates will fall.

China’s securities regulator fined four people including an online news editor last week for starting and spreading an online rumor in January that the regulator would promote short selling on the country’s stock markets, according to official statements made public Monday.

On Jan. 28, the first trading day of the new China Securities Regulatory Commission (CSRC) Chairman Yi Huiman’s tenure, Chen Yiheng, one of the people being fined, allegedly published a post claiming Yi had said at a press briefing that the commission would promote short-selling and delisting mechanisms in stock markets in 2019. The three other people fined — two Sina Weibo users and a financial editor at Sina — reposted the news, the CSRC said. The rumor spread and supposedly added to downward pressure on stock markets.

China’s domestic media has hyped Russia as an alternative source of soy after Beijing expanded its import catchment area to include all of its neighbor's regions last month. The two nations have held talks to expand their agricultural partnership this year, and both Russia’s wheat and soybean sales to China hit record levels last season.

Still, Russia’s Far East region would be able to expand its soybean exports to China only to between 1.5 million and 2 million tons a year, Dmitriy Rylko, director general at Russia’s Institute for Agriculture Market Studies, told a conference in the northeastern Chinese city of Harbin on Friday. While that’s roughly double current sales, it pales beside the more than 30 million tons China took from the U.S. before the trade conflict.

Shenzhen’s ChiNext board for growth enterprises surged Monday after Beijing rolled out a plan for bolder reforms in the city, including introducing a registration-based IPO system for the board.

The State Council, China’s cabinet, in its directive to make the southern port city world-class in economic competitiveness and innovation, called for “studying and improving the system for listing, refinancing, mergers and acquisitions, and restructuring on the ChiNext board and creating conditions to push forward the reform of registration-based IPO system.” The ChiNext Index jumped 3.5% to close at 1,622.84 points Monday.

Dada-JD Daojia, the online grocery and delivery venture of China’s e-commerce giant JD.com, is in talks for a U.S. IPO next year to raise between $500 million and $1 billion, we've learned.

Dada-JD Daojia has launched talks with several banks and investment banks for an IPO on Nasdaq in 2020, a source said, adding that the company is seeking cornerstone investors for the offering. Dada-JD Daojia was formed in April 2016 by merging crowd-sourced logistics provider Dada and JD.com’s online-to-offline e-commerce arm JD Daojia. The company completed a $500 million funding round in August last year from JD.com and Walmart Inc.

The value of Chinese outbound deals slumped by one-third in the first half of the year, dragged down by the decline of large deals made by Chinese buyers, as rising global trade tensions appeared to push back deal-making from China, a new report says.

The value of outbound M&A by Chinese companies dropped 33.3% to $26.8 billion for the first six months of 2019, the third straight year of decline for the period, according to a report released Wednesday by PricewaterhouseCoopers. But the total number of cross-border deals from China increased to 426 from 315 in the same period last year, the report said.

A year after IPO, Meituan works to unify its message

A year after its blockbuster IPO in Hong Kong, words like “cautious” and “disciplined” are showing up more often in comments and announcements from Meituan Dianping and its executives. The trend comes as the company, China’s largest provider of online-to-offline (O2O) services like app-based takeout dining, tries to convince investors it can join its big internet brethren in the realm of profitability.

“We are disciplined when allocating capital for our new initiatives,” founder and CEO Wang Xing said on a June conference call after Meituan announced its second quarterly earnings results since its IPO last September. These are remarks the company can make now that it has changed its tune and halted previously aggressive expansions into areas such as transport. In our feature, we look at Meituan's strategy a year on from its IPO and what's in store for its ecosystem.

China’s major internet companies are incorporating hard-to-monetize content sites into their own ecosystems in a bid to circulate internet traffic through their core products and services.