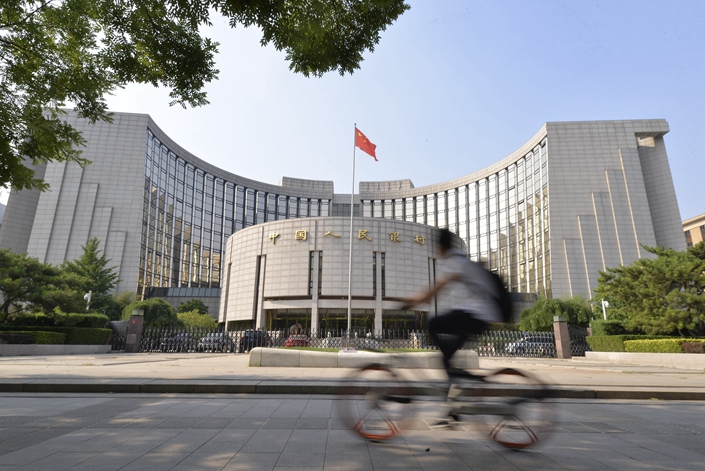 The PBOC asked major financial institutions to adopt the new national loan prime rates (LPRs) as a reference for setting interest rates on at least 30% of new loans by the end of September, 50% by the end of December and 80% by the end of March 2020, we've learned.

At a meeting Monday with senior officials from 24 major banks, PBOC Governor Yi Gang urged them to remove the implicit floor on lending rates and cut actual borrowing costs for businesses. Previously, banks used the PBOC’s benchmark lending rates as a reference for pricing loans.

The urging signals that the central bank is eager for lenders to implement the new system, which policymakers hope will make interest rates on bank loans more responsive to market forces and end up lowering borrowing costs for companies amid slowing economic growth.

China is expanding its free trade zone pilot program to some underdeveloped provinces to bolster local economies and beef up trade ties with neighboring countries as the trade war drags on.

The State Council, China’s cabinet, announced a plan Monday to set up six new free trade zones (FTZs), increasing the number of pilot zones in the country to 18. In China, FTZs are designated geographic areas with preferential business and trade policies that are intended to encourage international business while testing economic reform measures. New FTZs will be in Shandong, Jiangsu, Hebei, Guangxi, Yunnan and Heilongjiang.

A quarter of the Chinese production capacity used by global sportswear brands is lying idle, according to an industry executive, as the trade war pushes the biggest labels out of the country's factories.

The exodus is forcing plants to offer discounts of 10% to local companies like Xtep International Holdings Ltd., Chairman Ding Shui Po said in an interview with Bloomberg in Hong Kong. The sportswear label, based in the southern province of Fujian, is one of a handful of Chinese brands competing with the likes of Nike Inc. and Adidas AG.

Real estate developer Greentown China Holdings Ltd. said its plan to buy a major stake in a domestic insurer failed to win regulatory approval, dealing a blow to its ambitions to build up its financial services business.

Last December Greentown said it would buy 900 million shares of Aeon Life Insurance Co. Ltd., or 11.6% of the company, for about 2.7 billion yuan ($377 million), from fellow real estate developer Wanda Group. But a June 26 deadline for closing the deal passed without approval from China’s main financial regulator. That led Greentown to say Monday that it was formally scrapping the plan and that related funds it already paid would be returned.

Tencent Music Entertainment Group is under investigation by China’s antitrust authority in a review that could end exclusive licensing deals it forged with the world’s biggest record labels, people familiar with the matter said.

The State Administration of Market Regulation launched the probe in January and is scrutinizing the Shenzhen-based company’s dealings with music labels including Universal Music Group, Sony Music Entertainment and Warner Music Group Corp., sources said. The three largest record labels have all sold exclusive rights to a major chunk of their music catalogs to the company, which then sub-licenses that content to smaller rivals, an arrangement they complain is unfair.

WeChat for cars has arrived

Chinese social networking giant Tencent unveiled a “basic” version of WeChat for vehicles Monday. The drivers’ version of the popular phone and desktop chat app allows users to make calls as well as receive and dictate messages via a button embedded in the steering wheel of a specially-designed car built in partnership with Changan Automobile.

Last year, 630 million people in China, or nearly half of the country's population, played video games, a 10-fold increase from a decade ago, according to Game Publishers Association Publications Committee, a government-backed industry association. Meanwhile, 100,000 people were classified as professional gamers in a June report by the Ministry of Human Resources and Social Security.

Tesla is raising prices in China amid deepening trade war

Tesla is among automakers most affected by the U.S.-China trade tensions because it has no local production yet. China threatened last week to raise duties on U.S.-made cars as high as 50% in retaliation for President Donald Trump’s latest planned levies on Chinese goods. A decline in the yuan, meanwhile, reduces the value of earnings that Tesla brings back from China and converts to dollars.

Tech-focused investment bank back in the black