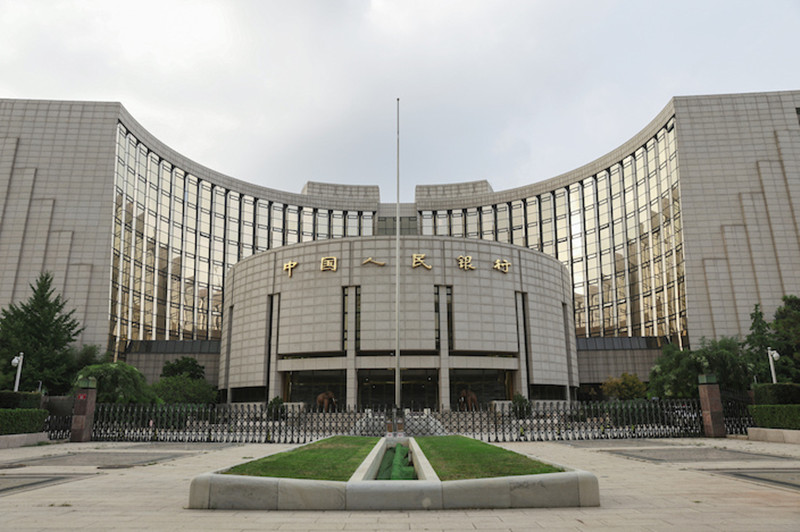 China’s central bank said it will maintain a “normal,” “steady” and “flexible” monetary policy in response to increasing economic uncertainties amid the Covid-19 pandemic.

“To cope with all sorts of uncertainties, monetary policy requires greater certainty,” Sun Guofeng, head of the monetary policy department at the People’s Bank of China, said Tuesday at a press conference. At the same time, the central banker projected lower interest rates for businesses.

China has not adopted zero or negative interest rates or other unusual policies such as quantitative easing, so there will be no so-called exiting problem, Sun said. The central bank pledged to keep flexible and appropriate operations, neither leaving the market with a lack of money nor fostering too much liquidity. In the next stage, the monetary policy should be more flexible, appropriate and precise, Sun said.

Chinese financial institutions in the banking sector have already issued more credit to manufacturers in the first seven months this year than they did in all of 2019, a senior banking official said.

Over the first seven months of this year, the financial institutions issued 1.6 trillion yuan ($232 billion) in new manufacturing loans, Xiao Yuanqi, chief risk officer of the China Banking and Insurance Regulatory Commission (CBIRC), said at a Tuesday briefing (link in Chinese). The figure dwarves the 780 billion yuan (link in Chinese) they lent out in all of 2019.

The surge in lending shows how far policymakers have been willing to go to make credit cheaper and easier to obtain for manufacturers whose businesses were ravaged by the coronavirus pandemic. The goal is two-fold: to prevent widespread bankruptcies and worker layoffs while bolstering the manufacturing industry to make China less dependent on foreign suppliers of high-tech gear, multiple analysts said.

PBOC: Lowering banks’ capital adequacy hurdle would be ‘fooling ourselves’

Charts of the Day: Ant Group shows solid growth as it marches to possible record IPO

When the record books are written, the upcoming IPO by Alibaba’s financial affiliate Ant Group could well go down as the biggest listing of all time. Ant didn’t disclose any specific fundraising targets in its highly-anticipated IPO prospectus released on Tuesday, as it prepares to make a dual listing in Shanghai and Hong Kong.

That prospectus says that Ant — whose crown jewel is the Alipay online payments service — plans to sell at least 10% of its shares in the pair of listings. But multiple sources told Caixin the company would like to sell about 10% of its shares into the Shanghai listing, and another 5% in the Hong Kong listing. At a current estimated value of about $200 billion, that combined 15% stake could see the company raise about $30 billion.

In the first seven months of this year, China’s rare earth exports were down 20.2% year-on-year, compared with a much milder 7.6% decline in the same period last year, customs data showed. Production and operation activities of downstream rare earth companies have slowed since the beginning of this year due to the Covid-19 pandemic, Gao Feng, spokesperson for the Ministry of Commerce, said Thursday (link in Chinese). China remains dominant in rare earth production.

Oil refiner charged with hoodwinking other companies out of billions

A privately owned refiner has been charged with fraud for fabricating transactions to defraud banks into paying billions of dollars of acceptance bills, a court in the northwestern Chinese city of Yinchuan said. The alleged fraud sheds light on risks accumulating in an obscure and under-regulated corner of China’s financial sector — the finance units of state-owned and private enterprises.

Baota Petrochemical Group Co. Ltd. and its finance subsidiary, however, fabricated nonexistent trade deals to obtain acceptance bills from banks, according to a statement (link in Chinese) released Monday by the Yinchuan Intermediate People’s Court in the Ningxia Hui autonomous region. Between April 2016 and October 2018, the finance subsidiary signed bills worth 28.5 billion yuan ($4.1 billion) based on nonexistent deals, the court said.

Beijing all clear of Covid-19 after last cases leave hospital

Beijing-based iSpace garnered nearly 1.2 billion yuan ($174 million) in a series B funding round, the company said Tuesday. It was the largest financing of a privately owned commercial space launch startup in China.

The series B round was led by Beijing Financial Street Capital Operation Center, a state-owned investment company in western Beijing, according to a statement Tuesday.

The company plans to use the proceeds to finance research and development of its reusable liquid oxygen methane rocket engine and the Hyperbola-2, which is expected to be a reusable rocket.

Losses from China’s overseas takeover binge are piling up fast

Chinese buyers have stopped snapping up iconic foreign assets as the coronavirus pandemic ravages the targets of deals that defined a headier era.

Some prolific acquirers such as HNA Group Co. and Anbang Insurance Group Co. began falling into disarray before the recent crisis, and the impact on investments in sectors hit hardest by the outbreak means healthier owners are now feeling the pain.

Conglomerate Fosun International Ltd.’s 2015 investment in Cirque du Soleil Entertainment Group may soon be wiped out, while PizzaExpress, owned by private equity firm Hony Capital, said this month it’s likely to hand over control of the British chain to creditors.

In June, Orisun agreed to acquire Ucommune. The merger is expected to close in the fourth quarter this year. The backstop investors have the option to either acquire Orisun’s common stock in open market purchases prior to the merger or to purchase common shares in a private placement from the combined entity at $10.10 a share at the time of the merger closing. The funding includes investment from Green Better Ltd., a subsidiary of Chinese electronics giant Xiaomi, and Hong Kong-listed property developer Sunshine 100 China.

China’s box office raked in 508 million yuan ($73.5 million) Tuesday, a date known as the Qixi Festival on the lunar calendar, which is the Chinese equivalent of Valentine’s Day, according to ticketing site Maoyan.

The figure marked the biggest single-day total since China’s movie theaters were allowed to reopen last month. It was actually about 10% below last year’s box office for the Qixi Festival, which also fell on a weekday. Last year’s takings amounted to 569 million yuan in single-day ticket sales. But this year’s figure was still impressive given the many limitations on Chinese theaters, which were forced to close for about six months starting in late January when the nation’s epidemic first took on serious proportions.