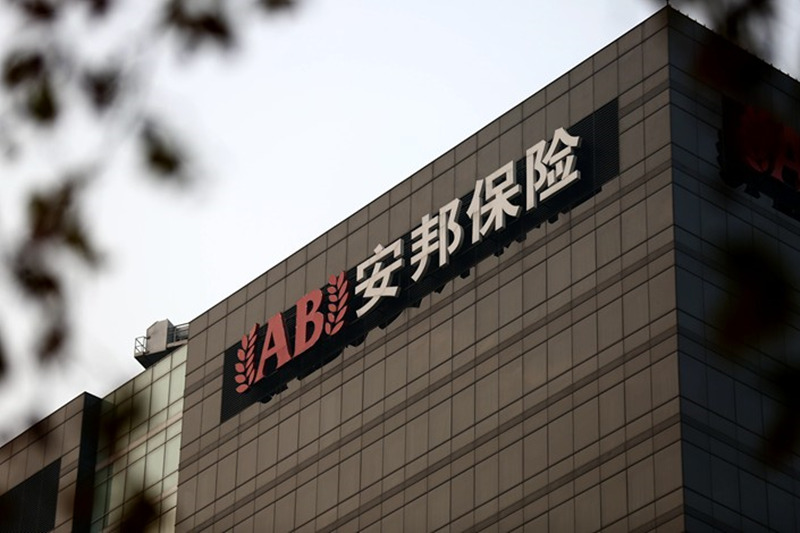 Anbang was taken over by regulators in February 2018

Anbang to disband and liquidate as restructuring ends

China’s once-highflying Anbang Insurance Group Co. Ltd. will apply to the country’s top insurance regulator for dissolution and liquidation, Anbang said Monday. That will put an end to a troubled conglomerate that was a major target in the country’s crackdown on financial risks.

Anbang was taken over by regulators in February 2018 and has since carried out asset sales to reduce massive debts accumulated over years of aggressive expansion. Wu Xiaohui, founder and former chairman of Anbang, was sentenced to 18 years in prison for fundraising fraud and embezzlement.

The state takeover and restructuring of Anbang was part of China’s sweeping campaign to clean up risks in the financial system brewed by freewheeling conglomerates. Several other companies, including Tomorrow Holding, backed by fallen tycoon Xiao Jianhua, CEFC China Energy Co. and HNA Group, are also under government-led reshuffles to dismantle risks.

Chinese and European leaders agreed Monday in a virtual summit to speed up and conclude negotiations on a bilateral investment agreement within the year in a sign that the two sides are willing to cooperate in the pandemic recovery despite disputes over technology and geopolitical tensions.

The China-EU Comprehensive Agreement on Investment has been under negotiation since 2014. If concluded, it would be subject to EU member states' ratification.

Four things to know about the China-EU investment agreement

China’s economy continued to recover from the Covid-19 pandemic in August, major indicators released Tuesday showed, as consumption grew year-on-year for the first time this year.

Retail sales, which include spending by households, governments and businesses, rose 0.5% year-on-year last month, reversing a 1.1% drop in July, according to data (link in Chinese) from the National Bureau of Statistics (NBS). The reading was the same as the median forecast in a Caixin survey (link in Chinese) of economists.

A general economic recovery and relaxation of epidemic control measures have boosted consumption as people have been more willing to go out and spend money, Fu Linghui, an NBS spokesperson, said at a Tuesday briefing (link in Chinese).

The Chinese yuan hit a 16-month high versus the U.S. dollar Tuesday as the world’s second-largest economy recovers from the coronavirus pandemic.

The yuan surged in both offshore and onshore trading. The onshore yuan was trading at 6.7775 per dollar at the end of the daily trading session, while the offshore yuan strengthened to around 6.773 per dollar Tuesday afternoon Beijing time. The People’s Bank of China set the yuan’s daily reference rate at 6.8222 to the dollar Tuesday, the strongest level since May 2019.

The recent appreciation of the Chinese currency against the dollar has been caused by various factors, analysts said, including the Asian country’s economic recovery, the greenback’s general weakness, and a widening spread between the two countries’ interest rates.

A senior bank regulatory official in Shanghai was placed under investigation for graft, sending another shock wave through the industry in China’s financial hub.

Zhou Wenjie, a member of the Communist Party committee and deputy director of the Shanghai Bureau of the China Banking and Insurance Regulatory Commission (CBIRC), is being probed for “serious violation of discipline and law,” the party’s anti-corruption watchdog said Monday in a statement. The Shanghai banking sector has been rocked by graft scandals under Zhou’s oversight. At least five top bankers have also come under investigation. Three of the cases are intertwined and are most likely linked to an investigation of former securities chief Liu Shiyu, sources close to the matter told Caixin.

In Depth: China chip sector has the money; now it just needs the workers

What do you get when you dump hundreds of billions of dollars in government and private investor cash into a limited labor market with the aim of building a world-class microchip sector from scratch?

A paradise for workers, perhaps, but also a mess. That’s what’s shaping up in China, where a new group of companies flush with cash are in the midst of a fierce tussle for a limited pool of talent. That, in turn, is throwing a wrench into Beijing’s plans to develop a homegrown chip industry to offset growing U.S. antagonism towards the nation’s few world-class players in the sector.

Fierce bidding for China’s limited pool of chipmaking talent has led to a surge in wages, much of that from young enterprises that are long on cash but short on experience. That’s fueling concerns that China’s limited chip talent may end up falling into an unproductive and wasteful cycle of people jumping from one short-lived startup to the next in a greedy dash for cash.

Alibaba is in talks to invest $3 billion in Grab

Alibaba Group Holding Ltd. is in talks to invest $3 billion in Southeast Asian ride-hailing giant Grab Holdings Inc., according to people familiar with the matter.

The Chinese e-commerce giant, a sole investor in the round, will spend a portion of the funds to acquire some of the Grab stock held by Uber Technologies Inc., one of the people said, asking not to be named as the discussions are private. The deal may represent one of Alibaba’s biggest bets on Southeast Asia since its first investment in Lazada in 2016.

China’s largest corporation previously had limited forays into ride-hailing, but a potential tie-up with Grab gives it access to data on millions of users in eight countries, a growing delivery fleet and a stake in digital wallet and financial services.

Tencent Holdings Ltd. picked Singapore as its hub for Asia, joining rivals Alibaba Group Holding Ltd. and ByteDance Ltd. in the race to build up their presence closer to home after setbacks in the U.S. and India.

Management at China’s largest social media and gaming company had been discussing Singapore as a potential regional hub, and geopolitical tensions accelerated its plans, according to people familiar with the matter. Tencent has been considering the shift of some business operations — including international game publishing — out of its home country, according to the people, who asked not to be identified discussing private deliberations.

Top Thai conglomerate Charoen Pokphand Group will build a pork business in China that spans breeding to food processing in an attempt to combat a swine shortage caused by flooding and disease.

Pork dishes are a fixture on Chinese dining tables. China was the world’s largest swine market in 2019, at roughly $200 billion. But an epidemic of African swine fever and heavy flooding in Asia’s largest economy caused a supply shortage.