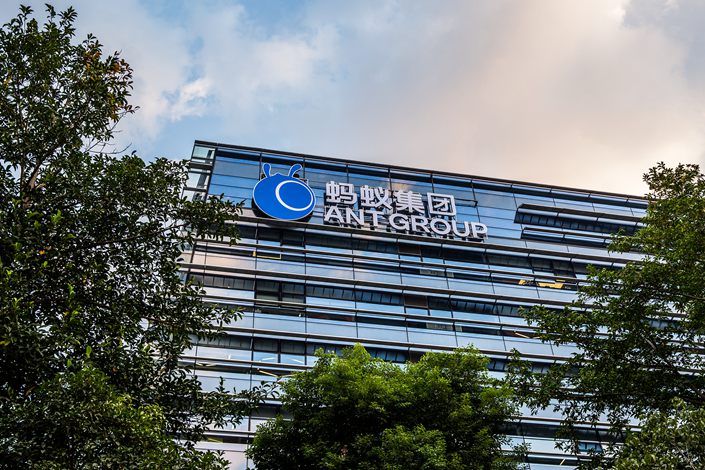 In the preliminary price consultation of its Shanghai IPO, institutional investors subscribed for over 76 billion shares, more than 284 times the initial offering tranche.

The Shanghai stock exchange will suspend the listing amid changes in the regulatory environment, it said in a statement Tuesday without providing further details. The debut was expected for Thursday, the same day as the Hong Kong portion.

Shortly after the Shanghai bourse announcement, Ant Group said in a statement that the listing of the Hong Kong shares will also be suspended.

A sharp drop in oil prices may be about to get some relief from China.

Against a backdrop of sagging demand and signs of growing supply, the world’s biggest oil buyer raised the quota for use of overseas oil by nonstate entities next year by more than 20% versus 2020, according to an announcement Monday from the Ministry of Commerce.

The increase in the import quota is equivalent to about 823,000 barrels a day, which is slightly less than the amount that OPEC member Algeria pumps. The companies that will use the oil include private refiners, known as teapots, which have become increasingly important in the global oil market in recent years.

State-owned chipmaker Tsinghua Unigroup Co. Ltd. said last week that it would not buy back a perpetual bond that was scheduled to be repurchased or have its coupon rate adjusted Friday.

The 1 billion yuan ($149 million) bond, which started to generate yields Oct. 30, 2015, comes with a coupon rate of 6.5% and is subject to a rate adjustment every five years if the issuer doesn’t buy back the bond.

Unigroup's yuan and dollar bond prices plummeted over the past few months, reflecting investor concerns over the company’s ability to meet its bond obligations.

Ministry of Foreign Affairs spokesperson Wang Wenbin placed the blame on the Australian side in a news conference. “The Chinese customs has since January detected many cases of live pests in timber imported from Australia” that could “gravely endanger China’s forestry production and ecological security,” he said.

The measure is the latest in a series of bans and other trade barriers — including shipments of lobsters held up in customs in recent days — targeting Australian goods. The measures are seen as part of a pressure campaign against Canberra as tensions mount over issues including the coronavirus pandemic.

Opinion: China and the U.S. will still be at odds regardless of whether Trump or Biden wins

In Depth: Consumers give China’s AR startups a reality check

Royal Dutch Shell Plc acquired full control of one of its gas station joint ventures in China as the oil major doubles down on the fuel retailing market in the world’s second-largest economy.

Shell agreed to buy the stake it didn’t already own in Chongqing Doyen Shell Petroleum & Chemical Co. and completed the deal Oct. 19, a company representative said following a Bloomberg inquiry.

The oil major paid about 1 billion yuan ($149 million) for 51% of the joint venture, according to a person familiar with the matter. That marked the full exit of Chongqing Doyen Shuorun Petrochemical Group Ltd. from the gas station chain, which was founded in 2006.

Two Chinese drug store giants went on the defensive after Reuters reported they were in “advanced talks” to merge via a share swap that would create the country’s largest pharmacy operator by revenue.

Shenzhen-listed Yixintang Pharmaceutical Group Co. Ltd., based in Yunnan province, told the bourse in a statement late Monday that the report it would merge with Laobaixing Pharmacy Chain JSC (LBX Pharmacy) was “untrue” and that it has no information to disclose. Also Monday, LBX Pharmacy head Wang Li told reporters that the story was “not at all true, purely a rumor,” the Beijing News reported.

China’s aviation industry continued suffering from the fallout of the Covid-19 pandemic with net losses extending into the third quarter, although reviving domestic business helped some companies return to the black.