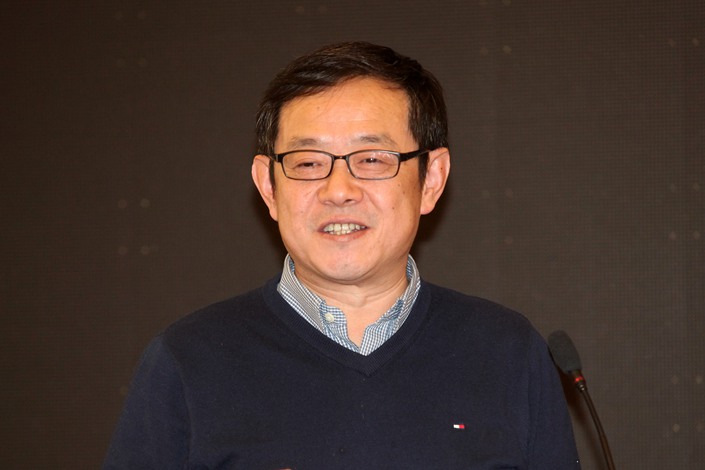 Feng Zijian, deputy director of the Chinese Center for Disease Control and Prevention.

China “will very likely prevent” a new spate of coronavirus infections this winter if it continues its current policies, a top public health official said.

“If we uphold the strict disease control measures we have now, then a second wave, namely a widespread outbreak during the fall and winter, may not necessarily happen in our country,” Feng Zijian, the deputy director of the Chinese Center for Disease Control and Prevention, said in an exclusive interview with Caixin.

The coronavirus situation in China was “very safe overall,” he said.

Institutional investors, including foreign firms, adjusted their Chinese mainland equity portfolios in the third quarter, adding exposure to industries benefitting from the country’s recovery from the coronavirus pandemic and moving out of sectors that did well during the Covid-19 outbreak, corporate and mutual-fund filings show.

Banking and nonbanking financial institutions and cyclical sectors such as automakers, transport and machinery were among the main beneficiaries of the shift, while pharmaceuticals, medical equipment and work-from-home goods such as laptops and computer desks –– which saw sales surge earlier in the year as the epidemic raged –– were among the losers, an analysis of the filings reveals.

“One of the core supports behind the shift is that the domestic economy has gradually returned to normal,” Chen Guo, chief strategist at Essence Securities Co. Ltd., wrote in an Oct. 29 research note (link in Chinese).

Less than two months after billionaire Zhang Jindong helped China Evergrande Group avoid a cash crunch, the founder of Suning Appliance Group Co. is getting his own reality check from the bond market.

Prices for several local bonds issued by Zhang’s companies plunged to record lows after he decided not to demand repayment of a 20 billion yuan ($3 billion) strategic investment in Evergrande. The tycoon was among a group of investors who agreed in late September to keep their money in the developer after fears of a liquidity squeeze sent its bonds tumbling.

Zhang’s decision came as a surprise to some investors because Suning’s management had said earlier that month it planned to demand the return of its money to repay debt if Evergrande failed to succeed in a domestic stock listing by January. Suning and its flagship e-commerce platform face the equivalent of $4.3 billion in local and dollar bond maturities by the end of 2021, including Suning’s largest monthly repayment on record in December.

China’s consumer prices rose at the weakest pace in 11 years last month, with pork prices down for the first time in 20 months as the impact of African swine fever faded out, official data showed Tuesday.

The consumer price index (CPI), which measures changes in prices of a select basket of consumer goods and services, rose 0.5% year-on-year in October, lower than the 1.7% increase the previous month and the lowest reading since October 2009, according to data (link in Chinese) released by the National Bureau of Statistics (NBS).

The reading was slightly lower than the median estimate of 0.7% growth in a Caixin survey (link in Chinese) of economists.

China Merchants Bank Co. and other state-backed lenders have emerged as the biggest winners from new regulations that derailed Ant Group Co.’s massive stock listing as China aims to level the playing field between fintech giants and traditional banks.

Merchants Bank, known as the retail bank king in China, soared 18% in Hong Kong this month, its biggest seven-day advance in more than five years. The stock rose as much as 3.6% Tuesday to a record. Other Chinese lenders gained, including Agricultural Bank of China Ltd., while Alibaba Group Holding Ltd., an affiliate and one-third shareholder of Ant, lost 4%.

Sweden’s telecom regulator halted a national 5G spectrum auction after a court allowed Huawei’s appeal against its exclusion from the next generation network.

The Sweden Post and Telecom Authority (PTS) informed the four bidding telecom operators — Hi3G Access, Net4Mobility, Telia Sverige and Teracom­­ — of its decision to put off the event, scheduled to start Nov. 10, it said Monday in a statement. Allowing carriers to use the Chinese telecom- equipment maker’s low-cost gear could change the bidding calculus, observers said.

The change of plan follows a ruling by the Administrative Court in Stockholm Monday to indefinitely reverse the PTS’s previous ban on Huawei from participating in the nation’s 5G rollouts.

The Cupertino, California-based technology giant said it discovered several weeks ago that the Taiwanese manufacturer misclassified student workers and allowed some to work nights and overtime in violation of Apple’s Supplier Code of Conduct. Managers then “went to extraordinary lengths” to cover up the violations. It’s since placed Pegatron on probation until corrective action is completed, the U.S. company said in a statement.

Struggling cinema operator Wanda Film Holding Co. Ltd. is poised to raise 2.9 billion yuan ($438.2 million) in a private placement, as it looks to pay down debt and boost liquidity after posting losses for four straight quarters.

About 30% of the proceeds will be used to supplement liquidity and pay debt, while the rest will be used to build new cinemas, it said in another Monday filing (link in Chinese).

An explosion rocked a chemical factory in East China’s Zhejiang province Monday, sending huge clouds of toxic smoke into the air before being extinguished by Tuesday morning, according to the provincial fire authority.

No injuries or deaths were reported in connection with the accident, which began with an explosion at about 11:25 a.m. Monday at the Transit Fluorine Silicon Material Co. Ltd. complex in the city of Quzhou, according to the official microblog of the Zhejiang fire authority. A Tuesday morning post said the fire had been mostly extinguished as of 7 a.m. the next day by a brigade of 548 firefighters and 126 trucks.

The authority said the main chemicals in the fire were silicon powder and chlorosilane. Such accidents are particularly hazardous because they can send toxic chemicals into the air that travel long distances and poison nearby water sources.