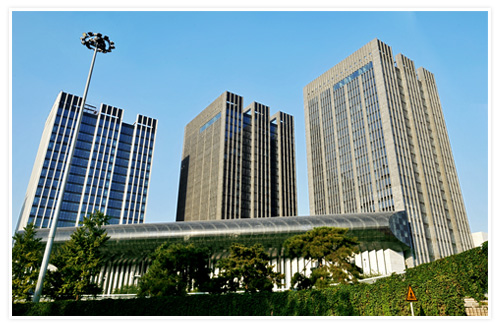 The latest blacklisting comes as the U.S. appears to be casting its net wider with plans to move beyond traditional makers of surveillance-related products for blacklisting.

The U.S. added state-run China National Electronic Import-Export Co. (CEIEC) to a growing blacklist of Chinese companies that are banned from buying American products, citing the company’s ties to a Venezuelan government that has been at loggerheads with Washington for years.

The move marks a shift in an ongoing U.S. policy by blacklisting a company for reasons other than national security. Previously, Washington mostly cited national security as its main reason for adding a steady stream of Chinese high-tech enterprises to an “entity list” that required special licenses for them to keep buying from U.S. suppliers.

In the latest announcement, the U.S. accused CEIEC of providing technical products and assistance to the administration of Venezuelan President Nicholas Maduro, including software, training and other technical expertise. It singled out the Chinese company for its work with the Venezuelan National Telephone Co., the country’s main telecom carrier that Washington accuses of frequently blocking access to internet sites run by independent media and Maduro’s political opponents.

Several top executives at failed regional lender Baoshang Bank Co. Ltd. have been detained as part of an investigation by the government of the Inner Mongolia autonomous region into the bank’s collapse, sources with knowledge of the matter told Caixin.

A task force set up recently to focus on identifying individuals responsible for the lender’s problems has interviewed more than 100 employees and conducted detailed investigations of more than 10 top executives, more than half of whom have been detained, the sources said.

Li Xianping, former Communist Party secretary and chairman of the board of supervisors of Baoshang Bank, is one of the key figures under investigation and has been handed over to the police, Caixin learned from sources with knowledge of the matter. A source inside the bank said Li was found to have more than 10 properties in Beijing with a combined value running into hundreds of millions of yuan.

The STAGE platform currently is only an online product repository, providing information on issuers’ sustainable investment products, rather than an exchange where such products are traded.

As of Nov. 22, a total of 714 creditors reported that Wintime owed them 49.8 billion yuan ($7.6 billion), according to Wintime’s filing (link in Chinese) with the Shanghai Stock Exchange.

In a preliminary review, Shanghai-listed Wintime confirmed about 36.4 billion yuan of the debt, 30.9 billion yuan of which was categorized as unsecured, according to the draft restructuring plan seen by Caixin. Some of the unsecured debt would be swapped for equity, which means creditors would exchange the debt they are owed for an equity stake in Wintime, according to the plan.

Pascal Lamy: Regulators should work together for successful data-driven globalization

Opinion: China might be able to reform its way out of SOE restrictions in CPTPP trade pact

China successfully landed a probe on the moon as part of a mission to collect the first lunar samples since the 1970s, the country’s space agency said Tuesday.

The Chang’e-5 spacecraft touched down on the lunar surface at just after 11 p.m. Beijing time Tuesday, according to the official Xinhua News Agency, which cited the China National Space Administration.

The landing concludes the probe’s 112-hour journey from Earth, Xinhua said. Chang’e-5 aims to bring back rocks and soil from the lunar surface so that scientists can learn more about how the moon formed.

Largely shunned in the West, Huawei Technologies ramped up its activities in Southeast Asia where governments have maintained a neutral economic stance amid tensions between the U.S. and China.

The Chinese telecommunication equipment leader recently entered an agreement with Indonesia to develop talent in 5G technology and related fields. The company will assist in training 100,000 people to become proficient in digital technology, such as in the cloud and 5G sectors. Huawei will deploy its internal know-how in employee training, based on the memorandum of understanding. For Indonesia, the memorandum is the first of its kind that the government has entered into.

Meng Wanzhou gets phone call from Chinese ambassador to Canada

After landlords and tenants demand cash from rental giant, workers join the fray

Besieged online rental giant Danke Apartment could be facing a new source of pain, with employees telling Caixin they plan to take the company to court over unpaid wages.

With a business model based on rental arbitrage that has been compared to WeWork, the money-losing business is accused of failing to make monthly and quarterly payments to the landlords from which it rents properties, even after it encouraged tenants to pay rent up front using long-term loans from a partner bank.

The upshot, according to security staff at Danke’s Beijing headquarters, is that some 300 disgruntled landlords and tenants have been showing up each day demanding overdue rent, refunds and compensation.

The unit of Chinese e-commerce operator JD.com Inc. priced its sale of 381.9 million shares at HK$70.58 apiece, according to terms for the deal obtained by Bloomberg. The company is due to start trading Dec. 8 in Hong Kong.

The IPO is also the largest of this year’s first-time share sales in Hong Kong, excluding the secondary listing by JD Health’s parent company in June, according to data compiled by Bloomberg. It values the medical unit at $28.5 billion, according to the terms.