CX Daily: Dishonest Drugmaker Shows How Hard It Is to Combat Cross-Border Fraud in China 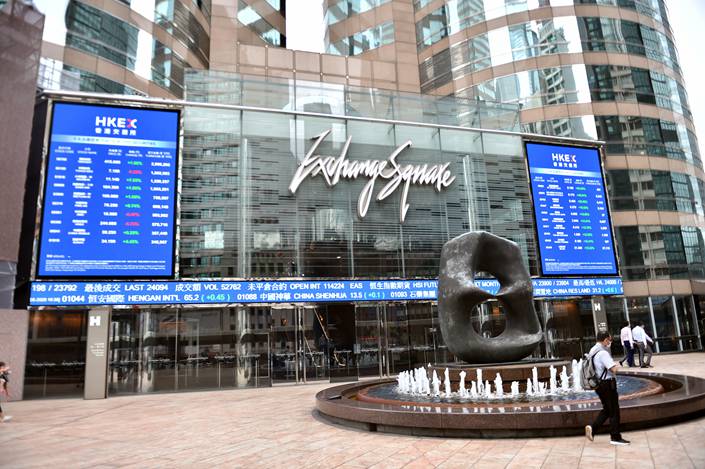 In Depth: Dishonest drugmaker shows how hard it is to combat cross-border fraud in China

The head of China’s securities watchdog, Yi Huiman, said last year that financial fraud by some overseas-listed Chinese companies is a “tumor on the capital markets.”

And while the new Securities Law (link in Chinese), which took effect in March 2020, has helped regulators do more to fight this fraud — for instance in the Luckin Coffee Inc. case — there hasn’t been much progress in protecting Chinese mainland investors. No one is more aware of this problem than the investors suffering from the fraud committed by a veterinary-drug maker with roots in China.

China Animal Healthcare Ltd., a manufacturer of drugs for poultry and livestock that mainly operates on the Chinese mainland via several local subsidiaries, was registered in Bermuda and was for a time listed in Hong Kong. It entered liquidation in 2019, but two of its remaining valuable assets were transferred just around the time when the liquidators took over, and cross-border regulation hurdles have left investors with little recourse to protect their rights.

According to the State Administration of Foreign Exchange (SAFE), 90% of the newly issued quotas, or $8.15 billion, were granted to mutual fund companies. As of Jan. 13, China has allocated a total of $125.7 billion of overseas investment quotas to financial institutions under the Qualified Domestic Institutional Investors (QDII) program, SAFE said.

The QDII program was launched in 2006 to allow qualified domestic institutions to invest in overseas capital markets. These include commercial banks, insurance companies, securities firms and fund managers. They act as conduits for channeling funds into offshore investments.

World leaders to meet online for Davos Agenda next week

More than 1,500 business, government and civil society leaders from more than 70 countries will participate in a virtual Davos Agenda 2021 event next week to discuss global challenges following the Covid-19 pandemic.

The meeting will focus on creating impact, rebuilding trust and shaping the policies and partnerships needed in 2021.

China’s real estate market defied the economic turmoil caused by the Covid-19 pandemic in 2020, with sales rising to a record after a strong recovery in the second half and a push by developers to shift unsold properties to raise cash as financing controls tightened. But many analysts say the market is likely to be flat or even decline this year as the government imposes more controls on homebuyers and builders.

Property sales measured by area climbed 2.6% to 1.76 billion square meters, while by value they rose 8.7% to 17.4 trillion yuan ($2.68 trillion), both the highest since the data series began in 1991, according to figures (link in Chinese) released Monday by the National Bureau of Statistics (NBS). The full-year increase reversed a plunge in the first two months of 2020 when year-on-year sales by area (link in Chinese) slumped 39.9% and sank 35.9% by value as large swathes of the country went into lockdown to control the virus.

Two cities in northeast China’s Jilin province were locked down following a recent resurgence of Covid-19 traced to a superspreader.

Authorities in Tonghua, a city of 2.3 million, stopped all traffic in and out the city while requiring residents to avoid traveling within the city. Gongzhuling, a county-level city neighboring Changchun, also ordered its 1 million residents to stay home for a least a week starting Monday.

China is struggling to contain the worst outbreak in months propelled by clusters in Hebei and Heilongjiang. Hebei provincial capital Shijiazhuang and the cities of Xingtai and Langfang with a combined population of 23 million people were locked down last week.

Bank of China president to leave for same role at world’s No. 2 bank

Wang Tao: China’s market share gains are unlikely to be sustained after Covid-19

Passenger volume of major Chinese airlines plunged in December as a winter resurgence of the Covid-19 pandemic decimated travel and slammed the brakes on a recovery for a business that was hit especially hard by the virus.

All of China’s largest listed airlines reported declines in passengers in December after months of gradual revival as the country brought the pandemic largely under control. However, recent flare-ups in several provinces derailed the recovery and dampened hopes of a passenger surge for the Lunar New Year Holiday next month, analysts said.

China Southern Airlines, the country’s largest carrier by passenger volume, posted the highest load factor among state-owned rivals of 70.5% in December, down 3.25 percentage points from the previous month and 10.9 percentage points from the same time a year ago. Air China and China Eastern Airlines also posted declines in passenger load factors in December, at 67.6% and 68.2%.

Hong Kong-listed China Longyuan Power Group Corp., the country’s biggest publicly traded windfarm operator, is seeking to go public on the Shenzhen Stock Exchange through a backdoor listing, according to a statement filed to the bourse Sunday.

Longyuan plans to make the listing using loss-making Inner Mongolia Pingzhuang Energy Resources Co. Ltd. as a shell. Meanwhile, Pingzhuang Energy will sell its existing coal mining unit to a subsidiary of its leading shareholder, China Energy Investment, which is also a major shareholder of Longyuan. In addition, China Energy Investment will also sell some of its other new energy assets to Longyuan.

RLX Technology, backed by Sequoia Capital China, is selling 116.5 million American Depositary Shares at $8 to $10 each, according to a U.S. filing. Each ADS represents one ordinary share and will be listed on the New York Stock Exchange.

RLX, founded in 2018, is China’s largest e-cigarette maker. The vaping industry has boomed in China even as the country banned online sales of e-cigarettes just over a year ago. China has joined other countries globally in putting pressure on vaping amid concerns about its potential health effects.

In what is fast becoming a trend for China’s cash-strapped provinces, another maker of the national Chinese spirit known as baijiu is helping to fill up depleted local government coffers.

The latest move came in East China’s Anhui province, home to the Gujing brand of liquor in the city of Bozhou. Late Friday, Anhui Gujing Distillery Co. Ltd. said that 6% of its state-owned parent’s shares held by a government-owned financial company would be transferred to Anhui province’s finance department free of charge.

Gujing’s transfer makes it the third such baijiu maker to prop up its local government’s finances in the past month. In December, Hebei Hengshui Laobaigan Liquor Co. Ltd. announced a similar transfer of 10% of the shares of its parent, Laobaigan Group, to the finance department of its home province of Hebei. And around the same time, industry giant Kweichow Moutai Co. Ltd., the world’s most valuable liquor-maker, announced its own state-owned parent would transfer 4% of its holdings in the company to the government in its home province of Guizhou.