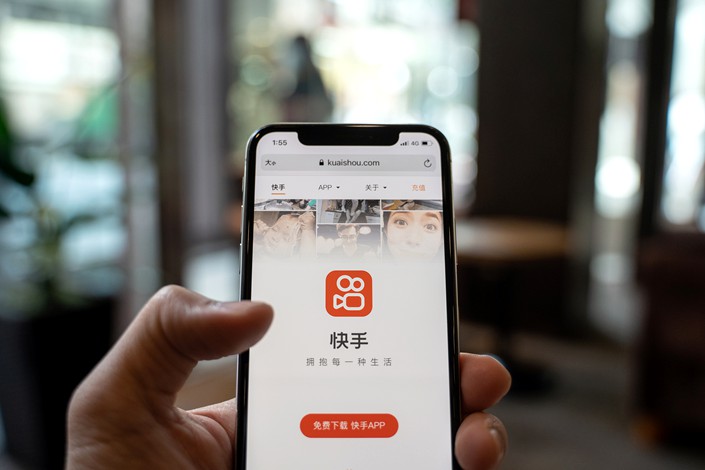 Short-video giant Beijing Kuaishou Technology Co. Ltd. is about to mount the biggest internet IPO since May 2019 after pricing its shares at the top of a marketed range for an expected $5.4 billion debut Friday in Hong Kong.

Shares of the 10-year-old company, which remains little known outside China where it is the primary competitor to TikTok’s Chinese twin Douyin, will go public on the Hong Kong Stock Exchange at HK$115 ($14.80) a share, according to its latest filing with the bourse Thursday. It plans to sell 8.89% of its total shares, which would give it a valuation of around $61 billion.

Kuaishou is expected to raise HK$42 billion ($5.4 billion) from the sale of the 365 million shares, making it the world’s largest tech IPO since U.S. ride-hailing platform Uber went public to the tune of $8.1 billion in May 2019, according to Bloomberg.

Kuaishou accused of copyright violations ahead of Hong Kong debut

Provincial governments in China showed caution about setting more ambitious GDP growth goals for 2021 despite a low baseline due to the Covid-19 pandemic, official data show.

The World Bank forecast a bullish 7.9% economic growth for China this year, significantly above the sluggish 2.3% level achieved in 2020, which nonetheless made it the only major economy to expand last year. In 2019, China’s GDP grew 6%.

As of Thursday, 29 of 31 provincial governments on the Chinese mainland have set this year’s GDP targets. The majority have set growth goals lower than the World Bank’s nationwide projection, let alone the International Monetary Fund’s (IMF) forecast of an 8.1% rise.

Sponsors for new listings on Shanghai’s tech board will face tough onsite supervision and inspection when regulators question the viability of candidates or the quality of their information disclosure, according to an official notice issued Wednesday.

The notice (link in Chinese), released by the Shanghai Stock Exchange, aims to tighten supervision over new listings on the tech-heavy STAR Market as the China Securities Regulatory Commission (CSRC) has asked the bourse to step up IPO scrutiny in the wake of fintech giant Ant Group Co. Ltd.’s listing suspension in November.

The exchange operator urged IPO sponsors and other intermediaries such as legal and accounting firms to fully perform their duties as gatekeepers to the capital market.

The U.S. State Department reaffirmed its commitment to the “One China” policy following recent expressions of support by Washington toward Taiwan.

Asked by a reporter Wednesday whether the Biden administration supported the policy, State Department spokesman Ned Price said Washington’s stance had “not changed.” The department would continue to be “guided by the ‘One China’ policy,” Price said.

The U.S. State Department issued a statement Jan. 23 urging Beijing to “cease its military, diplomatic, and economic pressure against” the island and “engage in meaningful dialogue with Taiwan’s democratically elected representatives.”

The investment includes 18 billion yuan in equity and 36 billion yuan in bonds, Ping An President Xie Yonglin said at a conference for the company’s financial results for 2020. To deal with China Fortune’s developing situation, Ping An will put aside money to absorb potential losses in a timely manner, he said.

Sinovac applies for conditional approval of Covid-19 vaccine in China

The CoronaVac inoculation developed by Sinovac Biotech Ltd. has been given to tens of thousands of people in China under an emergency use program launched in July targeting specific groups with high infection risks. Regulators are also reviewing for approval a similar vaccine created by state-owned China National Pharmaceutical Group Corp., known as Sinopharm.

The Sinovac shot made progress in overseas Phase 3 clinical trials, the company said Wednesday. The tests showed that the product provides protective efficacy and meets the technical standards of the World Health Organization and China’s State Food and Drug Administration, the company said.

China’s top body of power producers expects electricity consumption to climb by 6% to 7% this year, mostly on a stabilizing domestic economy and strong exports that benefit from a vaccination-driven global economic recovery.

The forecast is supported by signs of progress in China’s macroeconomy, which is expected to operate within “a rational range” this year, the China Electricity Council (CEC) told Caixin after it released yearly projections Tuesday.

Another major factor underpinning the projection is the recovery in the global economy as virus vaccines hit the market. This would kick off a round of stock replenishments that would help underpin China’s exports, the group told Caixin.

Tony Han, founder and CEO of WeRide, said Wednesday the Mini Robobus will mainly provide services for the last three to five kilometers of a journey. The operating model may be setting up bus stops in crowded locations or exploring a taxi-like system where users can call for a ride, he said. Han didn’t disclose how much a ride will cost, but he said the service will need government subsidies to help fund vehicle maintenance.

Huawei founder apologizes for using company to help his daughter

The founder of embattled telecoms giant Huawei Technologies apologized to his employees this week for using company resources to help his daughter, reflecting sensitivities about nepotism and corruption in China’s corporate culture.

The office of Huawei’s chief executive issued the apology from company founder Ren Zhengfei in an internal statement Wednesday. It detailed the controversial events that saw him use the company’s resources to register trademarks for names linked to one of his daughters, Yao Anna, who also goes by the English name Annabel Yao. The statement said Ren had asked Huawei’s intellectual property department to help register the trademarks in order to prevent them from being maliciously registered by others.