CX Daily: What’s in Store for China’s Economy After the Pandemic 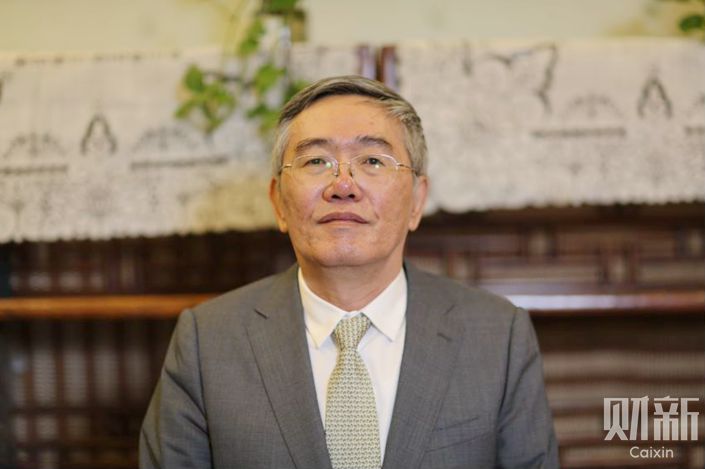 Q&A: What’s in store for China’s economy after the pandemic

As 2021 is the first year covered by China’s new five-year plan, all eyes are on the country’s economic development and policy changes.

China’s top policymakers have pledged to maintain continuity in macroeconomic policies this year by not making any “sudden turns” amid the recovery from the pandemic.

In an interview with Caixin, Yang Weimin, a deputy director of the economic committee of the national committee of the Chinese People’s Political Consultative Conference (CPPCC), talked about China’s economic outlook for 2021, unwinding the country’s stimulus policies, expanding consumer spending and maintaining the manufacturing industry’s share of GDP. The CPPCC’s national committee is the country’s top political advisory body.

The regulator accused the firms of using their large capital reserves to “disrupt market order” through excessive price subsidies, and warned them not to burn money to grab market share in order to price gouge later.

Chinese lawmakers will congregate in Beijing later this week to review a key national plan that will guide policy through the next five years and beyond.

Officials from across the country will descend on the Great Hall of the People, a vast state palace on the western side of Tiananmen Square, to attend the annual political meetings known as the “Two Sessions.”

The term refers to the gatherings of the National People’s Congress, China’s legislature, which begins Friday; and the Chinese People’s Political Consultative Conference (CPPCC), which starts Thursday. The Two Sessions will conclude next week with the expected ratification of China’s 14th Five-Year Plan, which will run through 2025, as well as the approval of more distant national goals for 2035.

Wang Tao: What economic agenda will the Two Sessions set?

Services activity in China grew at a slower clip and inflationary pressure mounted last month, a Caixin-sponsored survey showed Wednesday, adding to evidence that the economic recovery might be losing momentum as growth in manufacturing also reportedly slowed.

The Caixin China General Services Business Activity Index, which gives an independent snapshot of operating conditions in the services sector, declined to 51.5 in February from 52 the previous month, hitting the lowest level since April 2020. Readings above 50 indicate expansion.

Aguzin, the CEO of JPMorgan Chase and Co.’s International Private Bank, will take office as chief of Hong Kong’s stock exchange May 24 for a term of three years.

He will replace Charles Li, also a former JPMorgan banker, who announced his resignation in May and left at the end of last year after a decade at the helm.

China’s financial industry is on the hook to help address the nation’s role as the world’s top emitter of climate-changing greenhouse gases. Now it needs to sort out just what assets or investments will actually help achieve the national goal of carbon neutrality by 2060.

The China Financial Standardization Technical Committee is leading efforts to revise standards for green bonds, Caixin learned. Some industry participants suggest establishing a separate standard for climate bonds. At present, there is no unified international green finance classification standard, said Zhu Jun, director of the International Department of the People’s Bank of China.

UBS seeks to raise stake in China joint venture to 67%

A 23-year-old woman who sustained fatal injuries after falling from the passenger’s side window of a hired moving van had argued with the driver before the incident, but there were no signs of any physical attack, according to a police report released Wednesday.

The incident involving a van operated by the service Lalamove, or Huolala in Chinese, in the Central China city of Changsha captured national headlines shortly after it occurred last month due to the unusual circumstances and implication of a threat to women’s safety. The case also superficially resembled two high-profile murders involving female passengers who were raped and killed by male drivers while using Didi Chuxing car services three years ago.

In the Lalamove case, a woman surnamed Che died from severe head injuries that occurred when she hit the ground after falling from the moving van. The van’s driver, surnamed Zhou, was detained on charges related to loss of life.

Just as it rebounds from its worst-ever downturn, the world’s biggest gambling hub of Macao is bracing for more difficulties as Beijing rolls out changes to limit cross-border activities and casino operators get set to renew their licenses.

The city’s casinos bounced back to post 7.3 billion patacas ($915 million) in revenue last month, up 36% year-on-year, marking the first growth since September 2019, according to data from the city’s Gaming Inspection and Coordination Bureau.

But the figure is still down nearly 70% from February 2019, indicating a full recovery is still a long way off. In February last year, the city ordered all entertainment venues including casinos to suspend business for 15 days, kicking off a long and painful period for the group.

China captured the top spot in 2020 among international patent applications for the second consecutive year, a United Nations ranking released Tuesday shows, demonstrating once again how Asia is leading the tech innovation in the new normal.

Chinese applicants submitted 68,720 patent requests last year, up 16% from 2019 despite the coronavirus pandemic, according to data from the World Intellectual Property Organization (WIPO). China's Huawei Technologies, the world's leading telecommunications equipment manufacturer, remained the top applicant for the fourth straight year. The U.S. remained in second place, with filings inching up 3% to 59,230.

Another executive at China’s largest oil field probed for graft

A senior official at the Changqing oil field of state-owned China National Petroleum Corp. (CNPC) was placed under investigation in the latest of a series of graft scandals that have haunted the country’s largest oil field for nearly a decade.