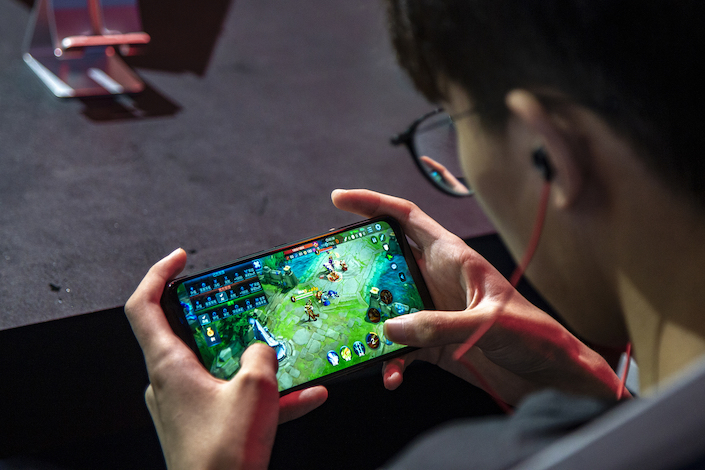 While the film and TV industry were suffering during the pandemic, video game developers were thriving. Photo: VCG

More VFX is doing well for itself. The visual effects company appeared in the credits for four of the seven movies released over the Lunar New Year holiday, the busiest period for China’s box office.

Previously, it won acclaim for its participation in epic blockbuster “The Wandering Earth,” adapted from a novella by China’s best-known sci-fi author Liu Cixin.

However, More VFX founder Xu Jian wrote online that he was considering a career change. Over the last year and a half, he said he lost an employee a week because, as he wrote, “the video game industry is tapping talent at a crushing rate, and the film visual effects industry might face an awkward situation where there isn’t anyone working over the next year.”

China’s Finance Ministry will “actively and steadily” promote legislation to finally create a long-awaited property tax, another sign that momentum behind the tax is growing.

Wang Jianfan, director of the tax policy department of the Ministry of Finance, made the remarks Wednesday at a press conference (link in Chinese). Currently, China doesn’t have a national recurring tax on property ownership, which could generate billions of yuan in revenue for local governments. Instead, the country levies taxes during construction and transfer of properties.

The ministry will “further improve the modern tax system” and “optimize the tax system structure” as required by China’s 14th Five-Year Plan, Wang said. The five-year plan is a policy blueprint for economic and social development for 2021-25.

The South China tech hub of Shenzhen launched a three-year pilot program to attract high-level foreign talent, including top scientists and entrepreneurs, to help turn it into a global technology and innovation powerhouse.

The program includes a set of standards implemented Tuesday to certify urgently needed high-end foreign talent in Shenzhen, the country’s pioneer of reform and opening-up in the southern province of Guangdong, according to a notice (link in Chinese) issued by the city government.

Foreign talent who work in Shenzhen and successfully apply for certification can enjoy benefits such as a simplified application process (link in Chinese) for visas which will allow them to stay in China for as longb as 10 years, according to the State Administration of Foreign Experts Affairs.

The banking regulator in Shanghai identified 339 million yuan ($51.8 million) in business and consumer loans that were allegedly misused to buy homes in recent special checks on 16 banks as authorities have launched a clampdown on illicit borrowing in the housing market.

Some individual loans that were meant to be used for business purposes or spent on consumer goods and services were illicitly used by borrowers as down payments for houses, the Shanghai office of the China Banking and Insurance Regulatory Commission said in a Wednesday statement (link in Chinese).

Chen’s departure from the leading Chinese investment bank comes as an audio record circulating online earlier this week exposed his extramarital affair with a female subordinate.

CICC CEO Huang Zhaohui will take over Chen’s duties until the post is filled, the company said.

The Communist Party chief of China’s southwestern border city of Ruili in Yunnan province was placed under investigation after being removed due to “serious negligence” in the ongoing fight against Covid-19, according to a statement released by the provincial party watchdog.

The city’s former party chief, Gong Yunzun, was “primarily responsible” for the “serious consequences and bad influence” over the national and provincial work of preventing and controlling Covid-19 as well as having an adverse impact on regional economic and social development, the statement said.

Opinion: How can China cut its emissions from 10 billion tons to zero?

The New York bourse said Tuesday in a statement that it will commence proceedings to delist the company’s American depositary shares (ADSs), which trade under the name of Phoenix Tree Holdings using the ticker DNK.

Danke has not reported financial results since the first quarter of 2020 when it posted a net loss of 1.23 billion yuan ($188 million). The NYSE in mid-March halted trading in the company’s stock.

Chinese-backed self-driving truck startup TuSimple plans to raise $800 million to $1 billion in its initial public offering on the Nasdaq, eyeing a valuation between $5 billion and $7 billion, people familiar with the matter told Caixin.

The 6-year-old startup filed for the U.S. share sale March 23, putting it on course to be the first of its peers to go public. The stock is set to debut April 15, sources said.

San Diego-based TuSimple, with big backers on both sides of the Pacific, specializes in research and development of Level 4 autonomous driving technology for trucks. Level 4 autonomous vehicles can drive themselves in certain circumstances, but a human driver may sometimes need to take control. Level 5 is the highest level of automation.

The Shanghai-based operator of several ticket- and hotel-booking platforms Wednesday announced plans to issue 31.6 million new shares in the IPO, which is expected to take place April 19, according to a company filing with the Hong Kong Stock Exchange.

It set the top end of its price range at HK$333 ($42.79), meaning it could raise as much as HK$10.5 billion from the deal. The final price will be determined April 13, which will include consideration of the price of its U.S.-listed American depositary shares, it said.

China Eastern Airlines Corp. Ltd., one of China’s “big four” state-owned carriers, will contribute to a rescue plan for debt-ridden Franco-Dutch airline Air France-KLM that will tighten ties between the companies that were forged under the Belt and Road Initiative.

China Eastern Airlines will participate in a 4 billion euro ($4.75 billion) French rescue plan “as part of further reinforcement of its strategic cooperation with the group,” Air France-KLM said Tuesday in a statement.

The plan aims to ease the carrier’s heavy debt load, which nearly doubled to 11.05 billion euros in 2020 as the Covid-19 pandemic brought international air transport almost to a standstill. It moved into the red during the period with a loss of 7.1 billion euros.

JD.com links up with Visa to promote global sales