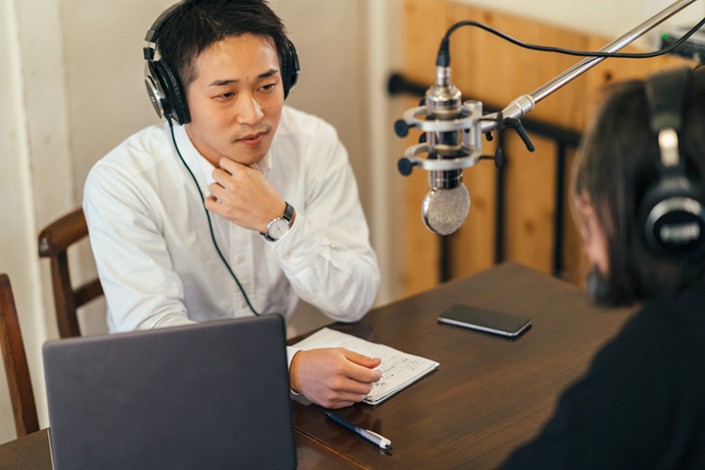 Audio apps rise in China, as Beijing listens in

Back in February, the original Clubhouse — which lets users chat on topics in real time using ad hoc online groups — became an overnight sensation in the world’s largest internet market and quickly spawned a generation of imitators.

China’s online audio consumers already outnumber the populations of most countries, and the number is expected to keep growing strongly, according to a report (link in Chinese) released this month by iiMedia Research. The figure grew to 570 million last year from 490 million in 2019 and is expected to expand further to 690 million users in 2022, according to the report.

The Chinese Embassy in Australia also said in a statement that the decision “further shows that the Australian government is not sincere in its wish to improve China-Australia relations,” adding “It is bound to bring further damage to bilateral relations, and will only end up hurting itself.”

Related: Australia cancels China’s Belt and Road accord with Victoria

Singapore’s biggest bank, DBS, is putting its chips on China’s Greater Bay Area with the purchase of a 13% stake in Shenzhen Rural Commercial Bank Corp., marking the first foreign investment in China’s small and medium-sized lenders since 2010.

The Singaporean bank will become the largest shareholder of the Shenzhen rural lender after the deal, under which DBS will pay 5.29 billion yuan ($814 million) for 1.35 billion new shares of the privately owned commercial lender.

The offer represents 1.01 times the book value of the Shenzhen bank’s shares as of Dec. 31, DBS said. The deal was approved by the Monetary Authority of Singapore and the Shenzhen office of the China Banking and Insurance Regulatory Commission.

China’s central bank digital currency will not have a major impact on global financial markets as its use in cross-border payments is currently found mainly in small retail operations, Zhou Xiaochuan, former governor of the People’s Bank of China (PBOC), said Wednesday at the annual Boao Forum for Asia.

In the future, the potential of cross-border use of the digital yuan will chiefly depend on whether the share of yuan in global transactions increases, rather than on the development of digitalization, he said. The choice is in the hands of market entities, which cannot be decided by China alone, he said.

The proceeds from green bonds will no longer be allowed to go to certain fossil fuel energy projects, the People’s Bank of China (PBOC) said Wednesday, to bring the country’s green finance more in line with international standards.

The updated list of industries and projects eligible to be funded by green bonds no longer includes “the clean use of coal and other fossil energy,” the PBOC (link in Chinese) said in a statement.

The NDRC didn’t disclose the size of the fund to back projects in the nine Chinese mainland cities across the Guangdong-Hong Kong-Macao Greater Bay Area. Aiming to capitalize on the region’s already strong finance, manufacturing and technology capabilities, China is working to build an economic and innovation hub that could eclipse the San Francisco Bay area, Greater New York and Greater Tokyo.

China would rapidly expand its energy storage sector over the next five years under a new draft plan in promising news for the country’s battery manufacturers.

The Asian nation aims to nearly double its energy storage capacity to more than 65 gigawatts (GW) by 2025, according to proposals released for public consultation Wednesday by the National Development and Reform Commission and the National Energy Administration.

The proposals (link in Chinese) exclude so-called pumped hydropower, paving the way for the industrial-scale deployment of technologies that store energy in batteries.

Three founders of Ruhnn Holding Ltd., a Chinese outfit that sells apparel through its own stable of online influencers, have taken their company private after two underwhelming years on the Nasdaq.

The trio of founders — Feng Min, Sun Lei and Shen Chao — purchased all of Ruhnn’s American depositary shares (ADSs) that they do not already own for $3.50 each, representing a discount of about 72% on the 2019 IPO price of $12.50, the company said Tuesday in a statement.

The company’s ADSs closed at $3.38 Monday, the day before the company asked the Nasdaq to suspend trading of its stock due to the privatization deal.

A senior official at one of China’s largest state-owned nuclear power companies is under investigation for suspected corruption, according to the ruling Communist Party’s official graft buster.

Liu Houcheng, a deputy chief economist at China National Nuclear Corp., allegedly committed “serious disciplinary and legal violations,” a common euphemism for graft, according to a statement (link in Chinese) posted Wednesday on the website of the Central Commission for Discipline Inspection.

CTGDF is discussing a listing plan with intermediaries, pending approvals from the company’s board, shareholders and regulators, the company said Wednesday in a filing with the exchange.