CX Daily: 5G Calls Out to Miners, but Will They Answer? 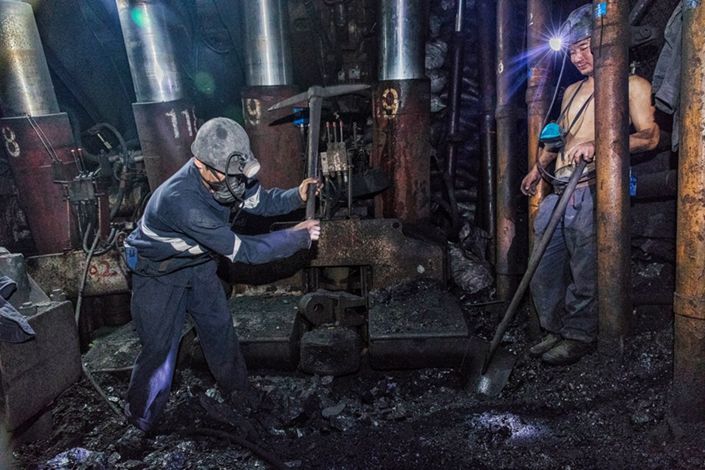 5G is typically faster at handling data moving between different parts of the mine and also at authenticating that data — important functions for maintaining safe operation in such a rapidly changing environment. Photo: VCG

In Depth: 5G calls out to miners, but will they answer?

China’s accident-prone coal mining companies are taking a look at 5G telecommunications technology, which could improve their safety and efficiency by taking people out of harm’s way via greater automation and improved systems for early detection of problems that can lead to catastrophe.

But despite government efforts to promote the technology for industrial applications, many operators at the nation’s roughly 4,700 coal mines remain skeptical due to its high costs compared with the current patchwork of older 4G, wired lines and Wi-Fi systems many are already using. With 5G typically costing 20% or more than older systems to install in mines, some are asking what advantages come with that premium.

As its main selling point, 5G is typically faster at handling the data moving between different parts of the mine and also at authenticating that data — important functions for maintaining safe operation in such a rapidly changing environment.

It came as the company faced headwinds from a global shortage of semiconductors and sought to weather a backlash in the key Chinese market over the handling of a protest at an auto show in Shanghai this month.

The Nasdaq-listed carmaker’s $438 million in first-quarter net profits were boosted by $101 million it made by selling 10% of its bitcoin holdings in what founder Elon Musk said was an attempt to show the cryptocurrency is a good alternative to cash.

Related: Is bubble tea for Tesla really such a bad PR effort?

A day after China Huarong Asset Management Co. Ltd. got its credit rating slashed, the selloff in the bad-asset manager’s overseas bonds resumed in earnest.

Fitch Ratings Inc. cut Huarong’s credit rating three notches from A to BBB Monday, reigniting a selloff in the company’s offshore bonds that began earlier this month after it failed to publish its 2020 financial report on time.

The selloff shows that investors are worried. But their concerns go beyond the fate of a single state-owned enterprise (SOE) in the esoteric business of disposing of distressed financial assets. It even goes beyond whether they will get their money back on Huarong’s $22 billion in outstanding offshore bonds, $3.4 billion of which comes due by the end of this year, according to Bloomberg data.

U.S. lifts travel restrictions on students from China and elsewhere

The United States lifted travel restrictions Monday for students from China, Iran, Brazil, South Africa, Europe, the United Kingdom and Ireland who plan to study in the U.S. this fall. It didn’t set a timetable for expanding visa processing services suspended during the pandemic.

Students from the affected countries with valid F-1 and M-1 visas intending to begin or continue an academic program starting Aug. 1 or later can now enter the U.S. without the need to apply for an individual National Interest Exception within 30 days before to the start of their studies, the Department of State said in a statement.

The economic divide between China’s prospering southern regions and lagging northern areas will continue to widen in coming years, with huge implications for growth, debt and policymaking, according to Nomura Holdings Inc.

The gap between north and the south has grown over the past decade, with southern provinces benefiting from export dependence and the internet boom, while resource-rich northern regions were dragged down by slower fixed investment, falling commodity prices and population migration. Nomura estimates that northern China’s share of the national economy shrank to 35.2 percent last year from 42.9 percent in 2012.

Hong Kong will ease social-distancing restrictions by allowing bars, nightclubs and karaoke parlors to reopen and operate past midnight for vaccinated residents only starting Thursday as the government intensifies efforts to bolster the city’s lackluster inoculation drive.

Staff and customers must have received at least a first vaccine dose for the venues to open their doors, Food and Health Secretary Sophia Chan told a briefing Tuesday. Patrons will need to sign in using Hong Kong’s LeaveHomeSafe app.

China is considering new rules requiring large internet companies to set up independent bodies to supervise their handling of personal data in a continuing push to expand privacy protection.

A draft of the country’s first personal information protection law was submitted Monday to the Standing Committee of the National People’s Congress, China’s top legislature, for a second of three reviews, state media reported. Compared with a previous version released in October, the new draft outlines more detailed requirements for internet companies’ protection of users’ data.

Developing the Law on the Protection of Personal Information is among the top tasks of China’s lawmakers this year. The legislation is taking shape as large internet platforms collect vast amounts of consumer data via services, sparking increasing concerns over privacy and safety.

Aluminum Corp. of China Ltd., the world’s largest producer of the metal, reported net profits of 967 million yuan ($149 million) in the first three months of the year, a record 30-fold rise compared with the same period in 2020, when China’s Covid-19 outbreak prompted business closures and a steep decline in output.

The figures also represent a 117% rise from the first quarter of 2019, well before the pandemic started. The state-owned metals behemoth, also known as Chalco, is listed in Shanghai and Hong Kong.

It said business for its core networking equipment unit remained steady during the period. But revenue was down for its consumer devices unit centered on smartphones. Huawei attributed part of that decline to the sale in November of its lower-end Honor smartphone brand.

The Shanghai-listed developer booked 101.2 billion yuan in total revenue for the year, down 3.8%, the report shows.