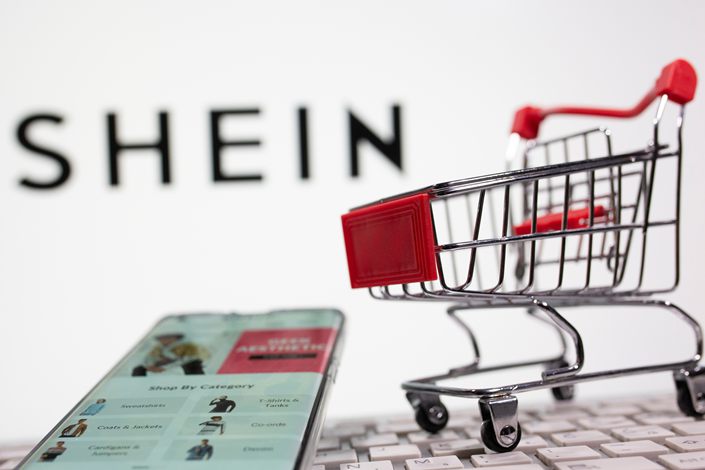 The platform, Shein, is arguably the most disruptive entrant into the global fast-fashion industry in decades, challenging the business models of its Western rivals. The company targets young women and teenage girls through its website and mobile app, selling a far wider range of trendy clothes than its competitors at a fraction of the price.

The Covid-19 cases in the recent flare-up in Guangzhou are more transmissible than cases found early in the pandemic, and more visible symptoms are taking longer to appear, according to a frontline doctor in the southern Chinese metropolis.

Cai Weiping, chief infectious disease specialist at Guangzhou Eighth People’s Hospital, which is handling the city’s Covid cases, told Caixin that the recent cases have a much higher viral load than those found in early 2020, which means it is passed more easily from person to person.

China plans to change how it sets the ceiling on banks’ deposit rates, possibly leading to a lower cap, knowledgeable sources told Caixin.

The move marks Beijing’s latest effort to ease fierce competition for deposits among banks, which previously forced some to raise lending rates, clashing with the government’s initiative to boost the economy by lowering businesses’ borrowing costs.

Under a new plan, the upper limit of deposit interest rates will be set by adding a certain number of basis points to the central bank’s benchmark deposit rates, rather than multiplying the benchmark rates by a specific number, the sources said.

The two sides exchanged views on the state of macroeconomy and on cooperation between the U.S. and China, as well as how to work together with other countries, the state-run Xinhua News Agency reported.

China’s banking regulator is stepping up pressure on financial institutions to control the growth of real estate loans after it imposed a cap on property lending by big banks in December, according to an official of the China Banking and Insurance Regulatory Commission's (CBIRC).

Some medium to small regional banks are still seeking to gain market share while the big banks are reducing outstanding property loans as a proportion of total loans in compliance with the December order, Liu Zhongrui, an inspector at the CBIRC statistics department, said Tuesday in a press briefing.

Yuan deposits in Hong Kong rose to the second-highest level in about five years in April, boosted by the currency’s appreciation against the U.S. dollar and the growing internationalization of the yuan.

Deposits denominated in the yuan in Hong Kong, a major offshore market for the Chinese currency also known as the renminbi, rose to 782 billion yuan ($122.6 billion) at the end of April, the second-highest level since February 2016 after January’s 798 billion yuan, according to data released Monday by the Hong Kong Monetary Authority, the city’s de facto central bank.

Related: China is digging deep into its currency toolkit to manage yuan

Is the world ready for another major smartphone operating system to compete with the dominant pair of Google’s Android and Apple’s iOS?

Embattled Chinese smartphone-maker Huawei Technologies hopes the answer is “yes” as it prepares to unveil the first models using its homegrown Harmony operating system at an event late Wednesday. The company is making the move largely out of necessity, following U.S. sanctions that have cut off its access to many of the most important features on the Android system it used up until now.

But the company will face a long uphill battle, and is following in a trail that has claimed casualties in the likes of software titan Microsoft and former leading cellphone maker Nokia.

CATL closed at 434.1 yuan a share Monday, giving it a market value of nearly 1.01 trillion yuan. It was the first company on the tech-focused ChiNext board in Shenzhen to reach that mark and the eighth in the entire Chinese mainland stock market. CATL closed 2% lower Tuesday at 425.34 yuan.

CATL is China’s largest electric vehicle battery maker, accounting for more than 50% of the market. It also topped the global market for four consecutive years.

Tencent may rein over China’s gaming market with its hugely popular Honor of Kings title, but a major civic group thinks the company is hardly honorable.

The Beijing Teenagers Law Aid and Research Center said Tuesday it is suing Tencent to “promote the better implementation of China’s newly revised Law on the Protection of Minors.” The law came into force the same day as the announcement, which also happened to be International Children’s Day.