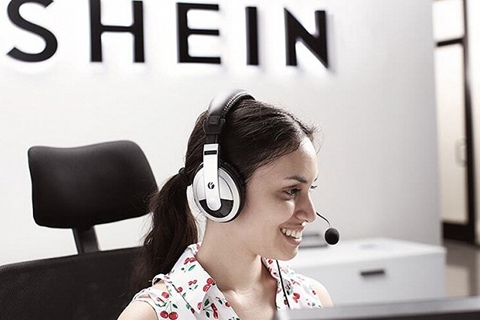 The rapid rise of the $15 billion Chinese fast-fashion business challenging industry titans like Zara and H&M has prompted questions about who controls the company and the sustainability of its business model.

Shein, a Chinese retail website and app focused almost entirely on the export market, has proved a smash hit among young women and teenage girls in Western countries thanks to its huge selection of cheap, trendy clothing.

But observers say its strategy, which uses China’s world-leading garment manufacturing networks to outmuscle rivals on speed and price, reprises global fast-fashion schemes linked to a litany of environmental and labor abuses.

A central bank-backed industry group told financial institutions to stop using the London Interbank Offered Rate (Libor) as an interest rate benchmark for U.S. dollar-denominated loans as regulators around the world are urging lenders to shift away from it as discredited.

The market interest rate pricing self-regulation mechanism, which is overseen by the People’s Bank of China (PBOC), said Chinese financial institutions should stop signing new contracts or extending existing ones that use Libor as a benchmark for floating interest rates before relevant Libor settings cease to be provided or are no longer representative, according to a readout (link in Chinese) of a Tuesday work meeting.

China’s foreign exchange regulator raised the total quota under an outbound investment program by a further $10.3 billion Tuesday, allowing more domestic money to be channeled into offshore financial markets amid a surging yuan.

The State Administration of Foreign Exchange (SAFE) approved fresh quotas for 17 institutions under the Qualified Domestic Institutional Investors (QDII) program, bringing the total quota to $147.3 billion, according to an update Wednesday. The latest move was the seventh and largest increase since September, when China resumed new quota issuance after a 16-month pause. Since then, SAFE has issued a combined $43.3 billion in new quotas in seven tranches.

China’s services sector expanded at a slower pace in May than the previous month as business confidence dipped to a four-month low, a Caixin-sponsored survey showed Thursday.

Overall, the Caixin China General Composite PMI, which covers both the manufacturing and services sectors, fell to 53.8 in May from 54.7 the month before, according to the Thursday survey report. Readings higher than 50 signal expansion.

A total of 184 LGFV bonds worth 133.6 billion yuan ($20.9 billion) were issued last month, a decrease of 47% from the same month last year and 80% less than in April, according to data from Wind Information.

China may open up to international travel in early 2022, infectious disease expert predicts

Infectious disease specialist Zhang Wenhong estimates that China may wait until the first half of 2022 to begin relaxing restrictions on international travel.

The timeline would depend on vaccination rates domestically and abroad, Zhang was quoted as saying in media reports.

Related: China’s Sinovac shot cleared for wider global use by the WHO

Shares of China Three Gorges Renewables (Group) Co. Ltd. were oversubscribed by 78 times (link in Chinese) in an online lottery ahead of its planned 22.7 billion yuan ($3.6 billion) listing on the Shanghai Stock Exchange, the company said Wednesday in a filing with the bourse.

The wind and solar unit of state-owned China Three Gorges Corp., which operates the world’s largest hydroelectric plant, is set to hold the largest ever initial public offering (IPO) by a Chinese power company.

The company set a preliminary price for the IPO of 2.65 yuan per share and plans to use the proceeds to build offshore wind farms.

Known as “hongmeng” in Chinese, the development is of significance to more than just gadget-fans. Here are four things you should know.

The two DJI drones were found to have “no malicious code or intent” and were “recommended for use by government entities and forces working with U.S. services,” The Hill reported, citing the Pentagon report.

Caixin has not seen the Pentagon report.

Chinese retailing giant Suning will receive a 3.2 billion yuan ($500.6 million) temporary bailout from a state-controlled fund as the owner of leading football club Inter Milan struggles to pull out of a liquidity crisis.

On Wednesday, the Jiangsu province-based Suning.com Co. Ltd. said 5.59% of its shares will be transferred under the bailout to a fund started by four state-owned enterprises that are ultimately controlled by the provincial government.