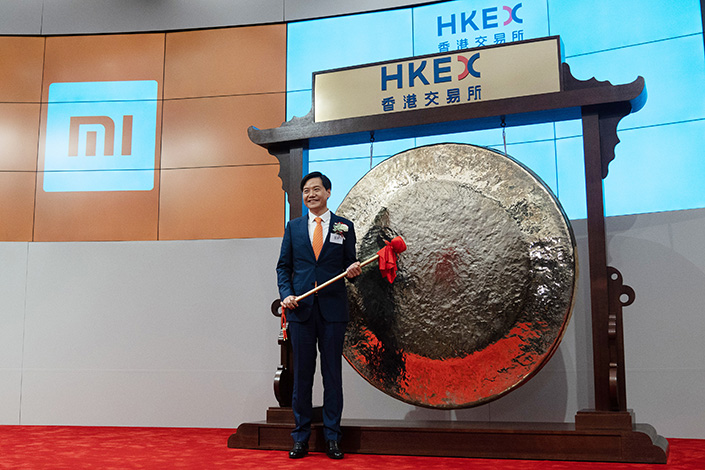 The Hong Kong Stock Exchange may benefit from Beijing’s crackdown on foreign share sales because it doesn’t count as “foreign” under the central government’s new cybersecurity rules. Photo: VCG

In Depth: Why Hong Kong could gain from China’s foreign share-sale crackdown

China’s tightening scrutiny of U.S.-traded data-heavy companies is raising the prospect of more share sales in Hong Kong, even though the city’s stock exchange is known for having stricter requirements than U.S. bourses.

Under a newly revised regulation, Chinese companies holding the personal information of 1 million or more users have to seek a government cybersecurity review before a foreign share flotation. “Foreign” under the rule doesn’t include Hong Kong, suggesting an opportunity for the exchange.

The official death toll from heavy rain and flooding in Central China’s Henan province rose to 33 with eight people missing, as the region braces for several more days of severe weather that has already caused direct economic losses estimated at 1.22 billion yuan ($188.7 million).

The struggle to survive in Zhengzhou’s flooded subway

China to back Shanghai’s trial of free use of yuan

China’s central bank will support Shanghai to take the lead in testing the free use of the yuan, explore unrestricted inflows and outflows of capital for cross-border trade and investment, and unlimited currency exchange in the city’s new free trade zone, an official said Tuesday.

The trial will take place in accordance with principles of anti-money laundering, anti-terrorist financing and anti-tax avoidance, Wang Xin, director of research at the People’s Bank of China (PBOC), said at a press conference.

Once a bonanza for small farmers in rural China, raising pigs has become a loss-making endeavor as prices have slumped and costs have soared, forcing the government to start an emergency pork buying program and prompting a warning to producers not to use the market for speculation or gambling.

An oversupply of pigs and the rising cost of grain used to feed hogs, mostly corn and soybean meal, have been squeezing producers’ profit margins. The average market price of live hogs fell to 14.1 yuan ($2.18) per kilogram (kg) in late June, the lowest in more than two years, according to data from the National Development and Reform Commission (NDRC), while the cost of corn feed (link in Chinese) rose to a record high of 3.01 yuan per kg last month, data from the Ministry of Agriculture and Rural Affairs (MARA) show.

The senior health official, Zeng Yixin, said at a press conference it is “impossible” for China to accept the plan, which “disregards common sense and defies science.”

He said he was “shocked” by the plan, which includes the hypothesis that a violation of laboratory protocols resulted in leaking of the virus.

A resource-rich province in Northwest China suspended the construction of a coal chemical project billed as the largest of its kind worldwide as the country accelerates its drive to rein in energy consumption.

After more than two years of construction, the project based in Yulin, Shaanxi province, was halted July 2. Designed to produce chemical materials from processing of raw coal, it was expected to complete all phases of construction by 2025 with 126 billion yuan ($19.4 billion) in estimated investment from state-owned Shaanxi Coal and Chemical Industry Group Co. Ltd., according to records (link in Chinese) on the company’s website.

Analysis: The impact of U.S. ban on Chinese researchers on international study plans

The U.S. may be losing its luster for some Chinese students as the Biden administration continues to impose Trump-era visa restrictions on science, technology, engineering and mathematics (STEM) students.

More than 500 Chinese science and engineering graduate students were denied study visas by the U.S. on the grounds of Presidential Proclamation 10043 signed by Trump in June last year, Chinese state-run media reported.

The stock of China Evergrande Group rose 8% Thursday in Hong Kong after the debt-ridden developer said it reached an agreement with China Guangfa Bank Co. Ltd. over a loan dispute that triggered a sell-off of the property giant’s shares and bonds.

Just days after Evergrande threatened to sue the bank, the two sides reached an agreement, according to statements (link in Chinese) from Evergrande and Guangfa Thursday that did not give further details.

Tencent and Alibaba among tech giants fined for child exploitation