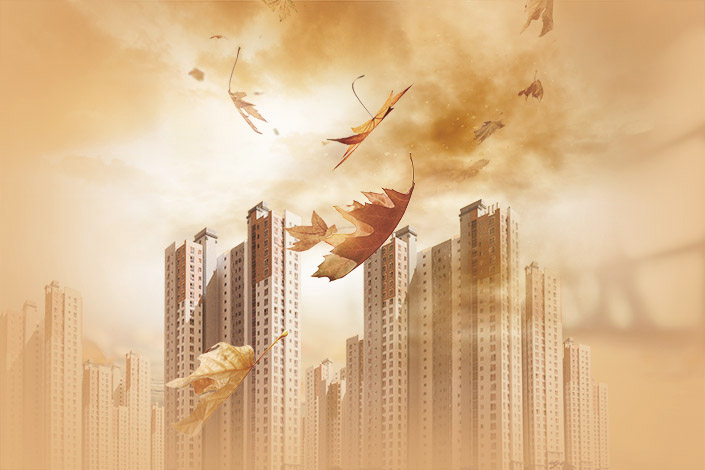 On Oct. 7, dozens of homeowners gathered at the sales office of a new residential development in Nanyang demanding refunds. The value of their homes depreciated at least 30% in less than a year since purchase.

Then the central government, concerned about risky overheating in the property sector, moved to cool things down. Since President Xi Jinping declared in 2017 that “houses are for living in, not for speculation,” policymakers have imposed a series of measures to limit rampant borrowing by developers and tighten standards for mortgage lending. The real estate sector’s industrywide chill reflects those policies as the world’s most populous nation still faces a housing shortage, industry experts say.

China should set tailored targets for different industries based on the difficulty they will have in meeting the 2030 peak carbon goal, leading government environmental researcher Wang Jinnan said, noting the aim of avoiding concentrated pressure on emission reductions in the period from 2026 to 2030.

Wang, president of the Ministry of Ecology and Environment’s Environmental Planning Institute, made the comment at a Caixin co-sponsored international forum on carbon neutrality, which was held Sunday in the southern metropolis of Shenzhen.

China’s GDP grew 4.9% year-on-year (link in Chinese) in the third quarter of 2021, as expansion continued to slow amid a power crunch, soaring commodity prices and tightening restrictions on the real estate industry.

The figure came in just shy of the median estimate for 5% (link in Chinese) growth in a Caixin survey of economists. It was much lower than the 7.9% year-on-year growth rate for the second quarter and the 12.7% rate for the first half of the year.

In the first nine months of 2021, China’s GDP was up 9.8% year-on-year, according to data from the National Bureau of Statistics (NBS).

The move exemplifies growing popularity of the task force among Chinese companies, which are paying more and more attention to sustainable development.

According to a readout issued by the Singapore Ministry of Foreign Affairs, Lee and Xi talked about a host of issues that both countries can work together on, such as cross-border and supply chain connectivity, trade and investment, smart cities and climate change.

They also said there should be more collaboration in newer areas such as the green economy and the digital economy.

Exclusive: Alibaba set to launch its own cloud server chip

Under the declaration, more than 100 countries committed to ensuring the development, adoption and implementation of an effective post-2020 action plan for setting protection goals for global biodiversity over the next decade. The goal of the framework is “to reverse the current loss of biodiversity and ensure that biodiversity is put on a path to recovery by 2030 at the latest, toward the full realization of the 2050 Vision of ‘Living in Harmony with Nature,’” according to the declaration.

The Friday filing with the Hong Kong Stock Exchange offers investors one of the first slivers of information about Zhongwang’s situation since trading of its shares were suspended in August when the company delayed its first-half report. Later that month, six businesses linked to the company’s founder were convicted of fraud in a U.S. court.

CATL agreed to a four-year deal to provide Electric Last Mile Solutions Inc. (ELMS) with lithium-iron phosphate (LFP) batteries to power its electric delivery van, which the U.S. automaker, based in a suburb of Detroit, began building last month at its factory in Indiana, ELMS said in a statement issued late last week.