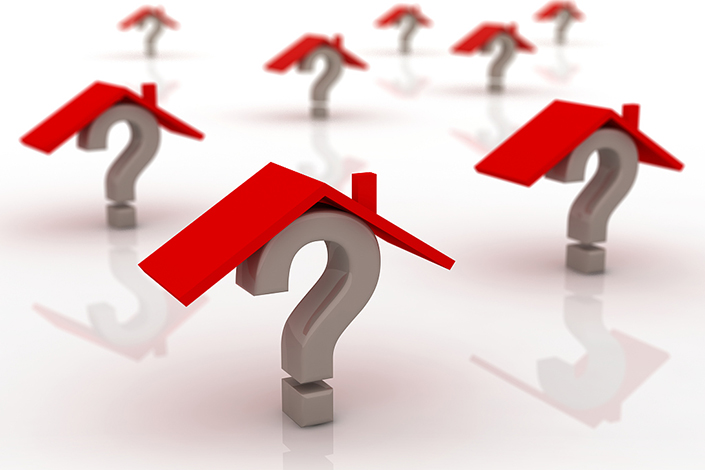 In Depth: Burned by developers, China’s trust industry pulls back from property

Long blessed with licenses that allow them to invest in a wide range of assets, Chinese trust firms poured the money they manage and channeled bank loans into property developers such as China Evergrande Group. But now with Evergrande in crisis and many other property developers also missing debt payments, these investments have come back to bite the trust industry.

Losing money from their property investments, some trust companies are now suffering high liquidity pressure that has in turn prompted them to scale back their immense investments in the real estate sector.

SenseTime Group Inc., China’s largest artificial intelligence (AI) company by revenue, said cyberspace authorities have not required it to undergo a cybersecurity review ahead of an IPO on the Hong Kong Stock Exchange.

“As of the latest practicable date, we had not been involved in any investigation on cybersecurity review by the relevant regulatory authorities or had received any inquiry, notice, warning or sanctions in such respect,” SenseTime said in its updated prospectus published late Monday.

While China’s drive to crack down on anticompetitive behavior has especially focused on the internet sector, a traditional bank has now fallen afoul of the country’s antitrust watchdog.

Almost five years after getting the banking regulator’s approval to set up an online bank with Baidu Inc., China Citic Bank Corp. Ltd. was fined for not notifying antimonopoly regulators of the State Council, China’s cabinet, before establishing the joint venture.

State-owned Citic and Chinese search engine giant Baidu were each fined 500,000 yuan ($78,301) for the violation, one of the 43 antitrust violations announced on Saturday by the State Administration for Market Regulation (SAMR).

China slapped a combined 93.2 million yuan ($14.6 million) of fines on two influential livestreamers for income tax evasion, the first such punishment in the booming but underregulated sector.

Chinese video platform Bilibili obtained an online payment license after acquiring a majority stake in an online payment company, moving it a step closer to launching its own e-payment service for more than 200 million users.

Bilibili acquired a 65.5% stake in Zhejiang Yongyi Payment Co. Ltd. for 118 million yuan ($18.5 million) from the online payment firm’s state-owned shareholders, according to information on the website of the Ningbo Public Resources Trading Center.

The WMC allows Chinese mainland residents of the nine Guangdong cities in the GBA to invest in certain wealth management products sold by banks in Hong Kong and Macao via the “southbound link.” Likewise, residents from the two special administrative regions are able to invest in eligible products distributed by mainland banks in the area via the “northbound link.”

Fisher: The worry meter is beeping — so buy stocks now

The music streaming arm of Chinese gaming giant NetEase Inc. is seeking up to HK$3.52 billion ($451.7 million) in a revised initial public offering (IPO) in Hong Kong, down from a rumored $1 billion in May.

Cloud Village Inc. is selling 16 million shares for between HK$190 and HK$220 apiece, according to a term sheet filed to the Hong Kong Stock Exchange on Tuesday.

Final pricing will be determined Friday and shares are set to start trading Dec. 2, the filing said, with an overallotment option allowing underwriters to buy a further 2.4 million shares that could be worth roughly $68 million.

The founder of China’s largest subtitling site Renren Yingshi has been sentenced to three and a half years in prison after being found to have pirated more than 30,000 Chinese and foreign TV shows and movies, a court in Shanghai ruled Monday.

Liang Yongping was also fined 1.5 million yuan ($234,915) for the copyright infringement (link in Chinese), according to a statement published by the Shanghai No.3 Intermediate People’s Court, which made the ruling after hearing his case.

Local authorities in multiple provinces punished mainland subsidiaries of a Taiwanese conglomerate which is reportedly a major political donor to a senior Taiwan politician regarded by Beijing as a “headstrong separatist” seeking the island’s independence.

The mainland subsidiaries of the Taiwanese Far Eastern Group, based in several provincial-level regions across the East and Southwest China, such as Shanghai, Jiangsu, Jiangxi, Hubei and Sichuan, have been fined for regulatory violations, including environmental ones, as well as tax evasion, according to the Taiwan Affairs Office of the State Council, China’s cabinet.