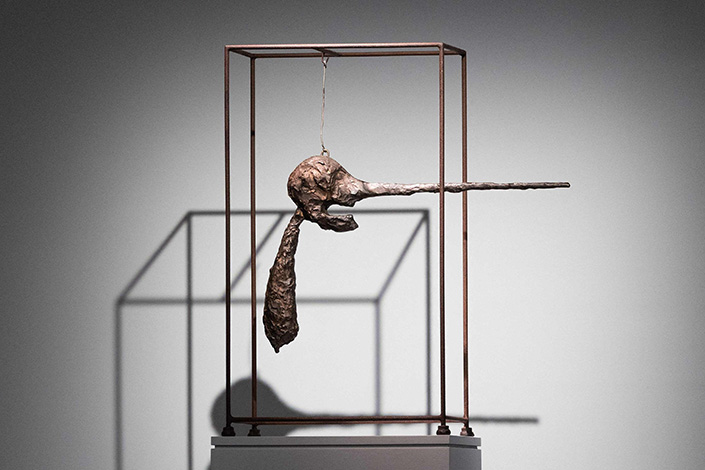 When retired teacher Zhang Yanli invested millions of yuan in calligraphy and paintings, she didn’t expect that her art would remain out of sight, let alone vanish completely.

Despite all the money she spent, Zhang never saw any of the art she bought as it was kept for safekeeping by the local artwork management company that facilitated the deal.

Their agreement noted that she would receive an annual return on investment of more than 10%. But since August 2018, she received zero returns and couldn’t even get her principal back.

China’s gender imbalance widened in rural areas last year as males continued outnumbering females across the country, according to official data published by the National Bureau of Statistics.

For rural areas, the 1.4 billion-strong nation reported a sex ratio last year of 107.91, or around 108 males for every 100 females, according to the China Statistical Yearbook 2021. The figure was about 103 in urban areas.

The reshuffle is part of a broader overhaul that Jack Ma-owned Ant Group has undertaken to comply with tightened regulatory requirements for fintech platforms since authorities abruptly halted the company’s $34.5 billion share sale plan a year ago.

A key focus in the overhaul was Ant Group’s colossal consumer-lending business through its signature loan products, which generated the majority of the company’s income.

Another Everbright executive investigated for graft

Yet another executive working for a subsidiary of state-owned financial conglomerate China Everbright Group Ltd. has fallen under investigation for suspected corruption.

Xia Wei, a senior executive of Shanghai- and Hong Kong-listed China Everbright Bank Co. Ltd., was put under investigation on suspicion of “serious violations of (Communist Party) discipline and law,” China’s top corruption watchdog saidTuesday. The allegation is a common euphemism for graft.

Xia’s downfall came after several executives of Everbright Group subsidiaries were placed under graft investigation or expelled from the party this year.

The yuan is approaching its strongest level against trade partners’ currencies even as China’s central bank tries to slow its ascent with weaker-than-expected daily fixings.

The Bloomberg replica of the CFETS RMB basket index rose 0.2% to 102.6044, nearing the record touched in August 2015. The index, which measures the yuan against 24 trading partners, is set for a third straight day of gains.

Skyrocketing lithium prices aren’t likely to stabilize unless the new-energy vehicle industry begins to mass-produce alternative battery technologies or major recycling programs are put in place, according to the head of China’s largest miner of the metal.

Li Liangbin, chairman of Ganfeng Lithium Co. Ltd., told Caixin in an interview that the volume of installed batteries could exceed 3,000 gigawatt-hours by 2030 and overall global demand for the material could reach 3 million tons.

Global demand for lithium carbonate equivalent amounted to 369,000 tons in 2020, according to data from Minmetals Securities cited in Ganfeng’s 2020 annual report.

The deal marks a milestone for Baidu in leveraging its strengths in computational biology to optimize mRNA vaccine and therapy development in real-world pharmaceutical practice beyond Covid-19, the tech giant said.

Shares of So-Young International Inc., China’s leading online cosmetic surgery services platform, tumbled Tuesday, giving up most of the previous day’s 12% gain which came on the back of news its co-founder was seeking to take the firm private.

Nasdaq-listed So-Young closed down 11% at $4.31 per share, one day after the company said CEO and Chairman Jin Xing offered to buy the enterprise for $5.3 per American depositary share in cash.

The regulator said the two cloud platforms were allowing access to a large number of scam websites and ordered them to fulfill their responsibilities to network and information security, according to a notice published Tuesday by the Ministry of Industry and Information Technology on WeChat (link in Chinese). The talks were held by the ministry’s cybersecurity bureau and the country’s public security bureau.