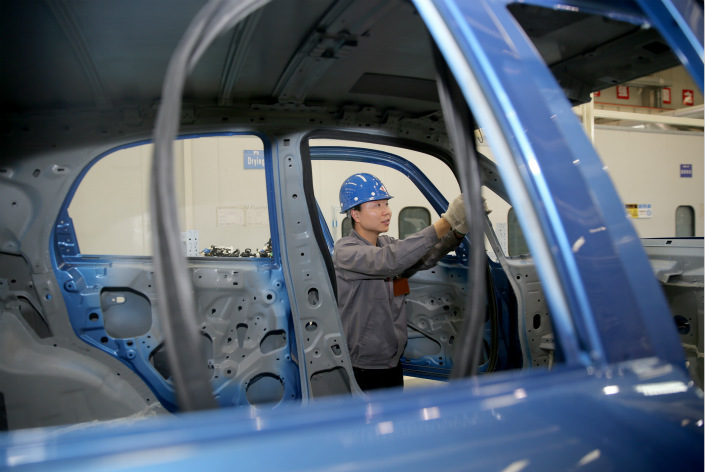 China’s industrial profits grew 13.9% in March YOY, the highest rate since August last year, in a fresh sign that the Chinese economy is stabilizing.

The upturn contrasts with a drop of 14% YOY in the first two months of 2019, the steepest fall since October 2011 when such data first became available.

The National Bureau of Statistics said profit growth was mainly helped by accelerating production and sales, stabilizing prices of industrial products and the lowering of the VAT, but analysts are skeptical of their effects on long-term industrial profits given other downward pressures on China's economy.

China is relaxing and speeding up the IPO review process

China’s securities regulator is signaling an easing of profit requirements and an accelerated review process for IPOs, something more in line with China’s coming Nasdaq-style high-tech board, which adopts a registration-based IPO system that removes many regulatory hurdles and simplifies the lengthy approval process.

Vague as it is, this addition to the draft revision of the law, now undergoing its third reading, shows that Chinese lawmakers continue to struggle with determining the final rules for a new listing procedure that aims to correct some of the shortcomings in China’s current lengthy and bureaucratic IPO process.

The head of JC Group, a Hangzhou-based private fund company with billions of yuan of debt, is under investigation for illegal fundraising after police received reports from the eastern province’s securities watchdog and whistleblowers, Hangzhou police said in a social media post.

The case has implicated a 38-year-old controller of the company, identified only by his surname Wei, along with an unclear number of other “relevant people involved in the case,” the police statement said. JC Group and its affiliates control at least six private fund management firms and one fund sales company.

Authorities have arrested 41 people associated with Tuandai.com, one of China’s major P2P lenders, after the platform collapsed in March and left tens of thousands of investors scrambling to get back their life savings.

After several years of slashing overcapacity, China’s bloated steel sector is in danger of ballooning once again unless the industry maintains “high vigilance,” the country's top steel industry association has warned, as rising steel prices resulting from capacity cuts incentivize steelmakers to once again produce more.

China produces more than half of the world’s steel with national production rising 8.1% YOY in 2018 to a record 928 million tons, according to official statistics. Despite this, China made headway in reducing excess capacity by around 150 million tons between 2016 and 2018 in a bid to reduce pollution and respond to international claims it was flooding global markets.

There’s no doubt that HNA's asset sales since 2018, which total somewhere between $25 billion and $45 billion — depending on the source of the figures — have helped reduce HNA’s debt. Bloomberg reported in November that HNA was marketing more than $40 billion of its domestic and international holdings, including more than 90 assets in China, the U.S. and the U.K. But it may not be enough.

HNA still held about $80 billion of debt, and profits couldn’t even cover interest payments. Its travails more broadly show how China’s two-year deleveraging campaign continues to rock some of its biggest targets, many of which emerged during a period when the government was encouraging private enterprises to seek out overseas assets. Check out this deep dive for what's coming next.

China's biggest maker of electric vehicles, BYD, posted strong financial results in the first quarter of this year, fueled by ongoing growth in the sales of new-energy vehicles.

The Warren Buffett-backed company’s profit rose seven-fold during the quarter to about 750 million yuan ($111 million). Operating income rose 22.5% to 30 million yuan. The company sold 73,172 new-energy vehicles — cars that use pure electricity, hybrid or hydrogen technologies — in the first three months, up 147% YOY.

China is investing $3.4 billion in Dubai for trading initiative

China will invest $2.4 billion in a 60 million-square-foot (5.6 million-square-meter) operation that will be used to store Chinese products for shipping around the world, Dubai ports group DP World said in a statement, citing Sheikh Mohammed Bin Rashid Al Maktoum, ruler of Dubai.

“It will include wholesale and retail outlets that help enhance regional and international trade,” according to the statement. DP World has also signed an agreement with China to create a $1 billion project in Dubai to import, process, pack and export agricultural, marine and animal products.

Unicom ties up with outside investors in autonomous driving