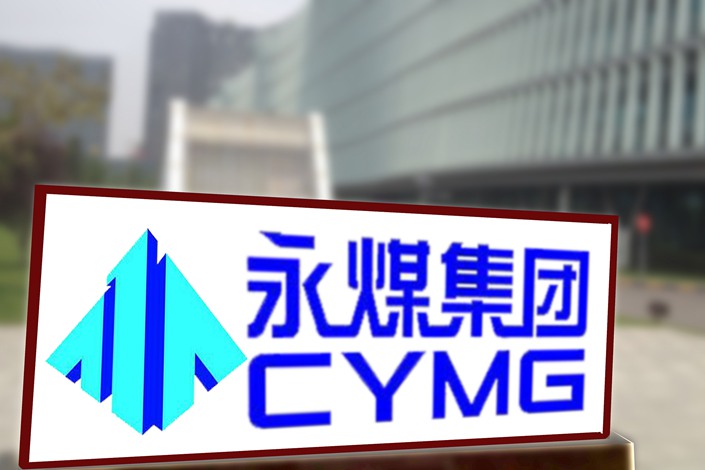 The government’s position is that Henan Energy is going down and there’s nothing the government can do, a person close to the Henan government says.

“This might be a historic credit crisis,” a debt investor told Caixin, referring to a recent series of bond defaults by state-owned enterprises (SOEs).

The bond market veteran’s employer holds AAA-rated bonds of two state-owned defaulters in the crisis: Brilliance Auto Group Holdings Co., a Shenyang-based automaker with links to BMW AG, and Yongcheng Coal and Electricity Holding Group Co. Ltd., a major coal mining company in Henan province. He has been trudging between Shenyang in the northeast and Zhengzhou in central China trying to collect the debts.

Such bondholders counted on government bailouts to reduce the risk of default by SOEs. But amid a national policy change to shift risk to markets, local governments have been unresponsive. They are now coming under criticism for allowing SOEs to default and avoiding their own responsibility for debt taken on by government-backed businesses. “Default by SOEs is not a terrible thing,” one bond market participant said. “What we fear is that the government allows SOEs to evade repayment of debts in the name of marketized default.”

The Financial Stability and Development Committee (FSDC) vowed to strictly investigate any bond issuer suspected of violations including fraudulent issuance, disclosure of false information, malicious transfer of assets, and misappropriation of bond issuance funds, according to a Saturday meeting (link in Chinese) chaired by Vice Premier Liu He.

The recent string of bond defaults, including on AAA-rated bonds issued by a state-owned coal miner and a major state-owned carmaker, has sent shockwaves through the country’s onshore bond market and set off a chain reaction affecting other debt issuers, including local government financing vehicles.

China’s top securities watchdog again pledged to promote cross-border regulatory cooperation with U.S. counterparts and called for dialogue to discuss the issue, moving to address a longstanding dispute between U.S. and Chinese regulators over access to audits of U.S.-listed Chinese companies.

China sticks to its position that joint inspection should be carried out through a cooperation mechanism of cross-border oversight, the China Securities Regulatory Commission (CSRC) said Friday in a statement on its website.

The CSRC comment followed reports that the U.S. Securities and Exchange Commission renewed efforts to press China by pushing forward a regulation that would lead to the delisting of companies that don’t comply with U.S. auditing rules.

President Xi Jinping’s Friday announcement of China’s intent to join the Comprehensive and Progressive Trans-Pacific Partnership (CPTPP), a high-standard mega regional trade pact, has been seen as a bold move to reassure the world of the country’s continuing commitment to reform and opening-up.

The announcement at the virtual summit of the Asia-Pacific Economic Cooperation (APEC) came five days after China signed the 15-country Regional Comprehensive Economic Partnership (RCEP) Nov. 15, also a regional trade accord that would boost the integration of East and Southeast Asia economies.

At the APEC summit, China’s declaration of intent also coincided with Japanese Prime Minister Yoshihide Suga’s remark at the APEC CEO Dialogues Friday that as next year’s chair of the CPTPP, Japan aims to expand the membership of the trade pact. Among major economies, Britain and China have so far expressed a willingness to join.

China confirmed two more locally transmitted Covid-19 cases Monday, both of which are connected to previous infections among freight workers in the eastern city of Shanghai.

The figures by the National Health Commission (NHC) came after a total of 10 locally transmitted infections were announced over the weekend in Shanghai, the northern municipality of Tianjin, and North China’s Inner Mongolia autonomous region.

One of China’s foremost infectious disease experts, Zhang Wenhong, said Sunday that the outbreaks were “within a controllable scope” and there were no indications of large-scale transmission.

Indonesian authorities may give the green light for the emergency use of a Covid-19 vaccine candidate, developed by Chinese biopharmaceutical company Sinovac Biotech Ltd., by the end of January.

Dr. Penny Lukito, the head of the Food and Drug Monitoring Agency, or BPOM, in Indonesia said Thursday that authorization of the emergency use of the vaccine could be granted if data on the quality, safety and efficacy of the vaccine is complete.

Lukito said her team obtained data from the first two phases of the candidate vaccine’s trials and observed the production process during an inspection of Sinovac Biotech facilities in China. Data from the final stage of testing taking place in Indonesia should be available in late November.

“It is estimated that the data can only be submitted to BPOM in the second week of January 2021,” Lukito said.

Malaysia’s state government of Melaka terminated a $10.5 billion agreement with a local developer that partnered with three Chinese companies over a sea reclamation project involving the building of a mixed harbor development including three man-made islands in the strategic Malacca Strait.

The termination was due to the Oct. 3 expiration of the agreement, which was signed in 2017. However, the local developer, KAJ Development Sdn. Bhd., “was found to have failed in completing the project,” the Melaka government said Monday in a statement on, according to local newspaper, Harian Metro.

The 609-acre infrastructure project was known as Melaka Gateway. After termination, KAJ Development is required to return the project site to the local government. Melaka Gateway and the three Chinese investors, including state-owned energy company PowerChina International Group Ltd.(link in Chinese), did not immediately respond to requests for comment.

The Beijing Intellectual Property Court found Thursday that the search giant continued to use maps made by navigation software developer NavInfo Co. Ltd. even though a licensing deal between the two companies expired in 2016.

Shenzhen-listed NavInfo accused three Baidu affiliates of illegally using its patented digital navigation graphics and data in the Baidu Maps platform. That included on Baidu’s webpages and apps on the IOS and Android systems as well as its car-imbedded Carlife service.

China Evergrande Group’s property management arm is looking to raise as much as HK$15.8 billion ($2 billion) in a Hong Kong IPO next month, the company said Sunday.