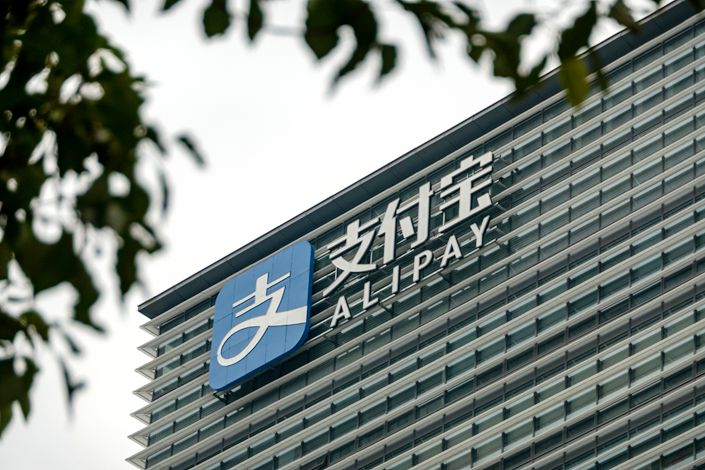 Foreign Ministry spokesperson Hua Chunying labeled the order “corporate bullying” and “hegemonic” in comments during a regular press conference Wednesday and said it was “hypocritical” to cite national security grounds for the ban.

“With its technical capabilities, the U.S. monitors its own people everywhere and people from all over the world and steals data, including from its allies,” Hua alleged, according to comments reported by state television service CCTV. “While doing indiscriminate surveillance and stealing secrets, it baselessly accuses other countries." Hua said. "It’s like a gangster who steals while clamoring to protect itself from theft.”

The U.S. Treasury issued fresh instructions to markets to cut off U.S. investment in companies tied to China’s military, explicitly naming three telecommunications enterprises that exchanges and indexes must delist by the end of the year.

The Treasury guidance is meant to address confusion created by the NYSE’s moves, according to a person familiar with the matter. Before the new guidelines were issued, the New York Stock Exchange said Wednesday morning it would proceed with a plan to delist the companies, its second about-face this week.

The draft legislation, which has been reviewed by the National People’s Congress, is open for public comment until Jan. 29. The proposal is in line with a master plan announced in June 2020 for transforming the entire province, about twice as big as the San Francisco Bay Area, into a globally influential free trade port.

China’s state-owned commercial banks face new performance benchmarks as the government encourages them to support the economic and development policies set by leadership of the ruling Communist Party.

Lenders will now be evaluated using four broad criteria: serving national development goals and the real economy, achieving high-quality development, controlling and preventing risks, and improving operational efficiency, according to the document Measures for the Performance Evaluation of Commercial Banks released (link in Chinese) Monday by the Ministry of Finance. The new indicators replace the categories of profitability, business growth, asset quality and solvency, the ministry said.

The Caixin China General Services Business Activity Index, which gives an independent snapshot of operating conditions in the sector, fell to 56.3 in December from 57.8 the previous month. The index, better known as the Caixin China services PMI, has been in expansionary territory with readings greater than 50 for eight straight months. Although the December reading was not as high as those recorded in the previous two months, the figure was still among the highest over the past decade.

The Caixin China General Composite PMI, which covers both manufacturing and service companies, fell to 55.8 in December from 57.5 the previous month, according to the survey released Wednesday.

A Chinese economic data calendar for 2021

China’s economy is getting back on track after being disrupted by the Covid-19 pandemic. Though the recovery still faces a long road ahead, 2021 could be the start of a more vibrant and resilient period of economic growth in the world’s second-largest economy.

Caixin has compiled the dates on which China’s major economic indicators will be released in 2021, including the closely watched Caixin PMIs, one of the earliest available monthly indicators of the country’s economic performance.

Alibaba Group Holding Ltd. will shut down its 12-year-old music streaming service next month as Xiami Music had trouble securing the copyrights to keep users interested.

Xiami Music will stop all streaming and other services Feb. 5 and shut down its servers a month later, it said (link in Chinese) Tuesday on social media. The reason it gave for the shutdown was “adjustments of business development.”

The closure marks a failure in Alibaba’s attempt to expand into music streaming, though industry observers saw it coming after the e-commerce giant and Alibaba founder Jack Ma’s private equity fund Yunfeng agreed in September 2019 to invest $700 million in one of Xiami’s rivals, NetEase Cloud Music.

Flexible-display maker Royole Corp. has dreams almost as big as its astronomical financial losses, which were revealed for the first time in an IPO prospectus the company filed with the Shanghai Stock Exchange.

Royole wants to raise 14.4 billion yuan ($2.2 billion) in the listing, half of which it said would be spent on replenishing its capital supplies. The other half will be spent on research and factory upgrades, the firm said.

Based on its plan to issue 480 million shares, the company would be valued at 57.8 billion yuan — about 40% higher than its valuation after a $300 million financing round in May.

China’s electric car manufacturers appear set to install a cheaper alternative to the popular ternary lithium battery in even more of their vehicles this year as state subsidies granted to the sector are slashed further, driving up costs.

More and more new-energy vehicles (NEVs) made in China, including those built by Shenzhen-based BYD Co. Ltd., are being equipped with lithium iron phosphate batteries as they can be made without the need for costly cobalt, one of the trio of metal oxides used to manufacture ternary lithium batteries, said analysts and car industry insiders.

Shares in Shenzhen-listed Aier Eye Hospital Group Co. Ltd. were down 8.91% at the close Monday, the first trading day of the new year, after Ai Fen, the head of the emergency department at the Central Hospital of Wuhan, alleged that the company botched her treatment for vision problems, leaving her nearly blind in one eye.