CX Daily: Who Are the Losers in the HNA Bankruptcy? 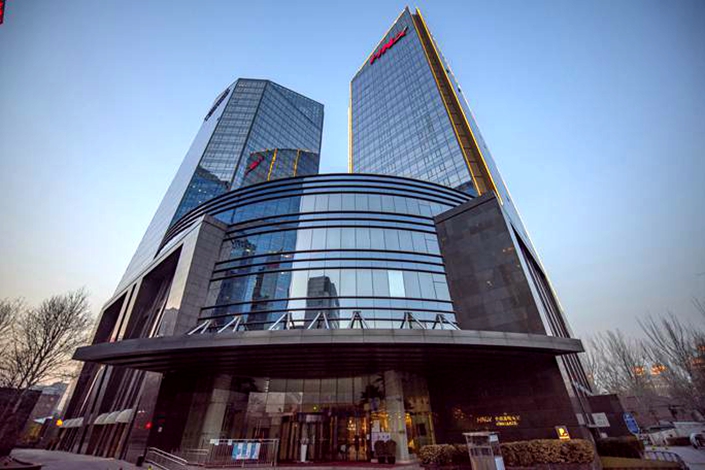 In Depth: Who are the losers in the HNA bankruptcy?

The bankruptcy of former high-flying conglomerate HNA Group Co. Ltd. will wipe out the equity of its founders and major shareholders in the sprawling enterprise that at its peak counted 1.2 trillion yuan ($171 billion) of assets.

But who actually owns the conglomerate has never been transparent. It took five years for Caixin reporters to trace who the shareholders are and how their holdings have changed over the past 30 years through complex corporate structures and asset reshuffling.

Based on information released by HNA in July 2017, the company’s two largest shareholders are two shadowy charitable funds. One, the U.S.-registered Hainan Cihang Charity Foundation, held 29.5% of the company while a similarly named foundation based in Hainan held 22.75%. After the 2018 death of co-founder Wang Jian, his 14.98% went to the domestic foundation, giving the charities a combined 67.23%. Co-founder Chen Feng is the biggest individual holder with 14.98%. Chen and the two mysterious foundations would thus appear to be the biggest prospective losers as the insolvent company faces a court-supervised bankruptcy reorganization.

Shanghai- and Hong Kong-listed Bank of China Ltd., the world’s fourth-largest bank by assets, will name Liu Jin, the president of China Everbright Bank Co. Ltd., as its new president, sources with knowledge of the matter told Caixin.

Liu, 53, will become president and vice chairman after administrative procedures are completed, according to the sources. On Thursday afternoon at an internal meeting, Bank of China announced that Liu was named the state-owned lender’s deputy Communist Party chief, they said.

Liu will fill a vacancy left by former Bank of China President Wang Jiang, who in January moved to China Construction Bank Corp., the world’s second-largest bank, to become its president.

In response to a proposal from a lawmaker, China’s National Heath Commission suggested (link in Chinese) it was open to the idea of scrapping birth restrictions in China’s Northeast, saying that the region “can conduct explorations based on their real situations … and form a pilot program.”

"Many people believe that the Northeast is likely to welcome the big change," wrote Fu Yifu, director of the consumer finance research center of the Suning Institute of Finance, in an article."However, can 'fully liberalizing birth restrictions' really solve the region’s troubles?"

"The Northeast should consider how to retain residents in addition to having more births," wrote Fu. "The urgent task is to take the opportunity of 'fully liberalizing birth restrictions,' vigorously boost the economy, speed up marketization, guide the transformation and upgrading of traditional industries, cultivate emerging industries, improve the business environment, and provide fertile ground for the private economy."

China has achieved “total victory” in its campaign to eradicate absolute poverty, President Xi Jinping declared Thursday, bringing the curtain down on a signature policy of the last decade.

Addressing a government conference in Beijing to mark the occasion, Xi said China’s efforts to alleviate extreme poverty in the last eight years had brought about a “human miracle” that will “illuminate the annals of history.”

Some 99 million rural people, 832 counties and 128,000 rural villages are no longer impoverished according to government standards, Xi said.

The Hong Kong government plans to offer the unemployed guarantees for low-interest bank loans as part of a package of measures to help cushion the impact of the Covid-19 pandemic as Financial Secretary Paul Chan warned that the economy will face “significant challenges” in the first half of the year.

Hong Kong’s unemployment rate has more than doubled over the past year as the impact of the coronavirus epidemic devastated the economy, which contracted by a record 6.1% in 2020. The official jobless rate stood at 7.0% in the three months through January 2021, up from 3.3% in the October-December 2019 period, government data show. That’s the highest since the three months through April 2004, when the rate stood at 7.1%.

Boao Forum for Asia will kick off April 18

In the latest graft scandal to hit China’s leading liquor maker, a distribution manager at Kweichow Moutai Co. Ltd. was sentenced to seven years in prison for pocketing more than 10 million yuan ($1.5 million) in bribes.

Li Maogang’s graft involved handing out coveted franchise rights and allocating distributors greater quantities of the company’s pricey baijiu spirit, according to a ruling (link in Chinese) from a court in the company’s southwestern home province of Guizhou.

There has been a string of embezzlement and corruption cases involving senior managers at the liquor giant. In May 2019, the company’s former Chairman Yuan Renguo was removed from his public posts and the Communist Party after he was found to have traded dealer licenses for political gain, money and sex. The liquor-maker’s parent is the state-owned Kweichow Moutai Group.

The cities of Guangzhou and Shenzhen will link their subway systems with a new 31.4 kilometer (19.5 mile) line, becoming the fourth major rail connection between two of the country’s wealthiest metropolises in South China’s Guangdong province.

The creation of Line 22, with trains capable of going as fast as 160 kilometers per hour, would also mark the latest step in Beijing’s plans to create a Greater Bay Area centered on the Pearl River Delta, which includes Hong Kong and Macao.

The new rail plan announced Wednesday was first detailed in a Guangzhou traffic master plan issued in 2016, covering development through 2022. The line itself would run at a hybrid of slower speeds through denser urban areas with more stops, and higher speeds in the more suburban, less densely-developed areas between the two cities.

China’s Geely Automobile Holdings Ltd. and its Swedish affiliate Volvo Cars will expand cooperation on electric and self-driving vehicles while putting off their merger plan, the companies said Wednesday.

The two companies a year ago said they planned to merge and list the combined entity in Hong Kong and Stockholm. But instead Geely is now seeking an initial public offering (IPO) itself on Shanghai’s Nasdaq-style STAR Market. Geely said Sept. 28 that it secured approval for an IPO, but a specific listing time was unknown.

The new collaboration plan is different from the earlier merger plan. Geely and Volvo said Wednesday that they would preserve their separate corporate structures while cooperating more closely on power trains, electrification and autonomous-driving technology.

China’s national drug regulator accepted CanSino Biologics Inc.’s application for approval of its Covid-19 vaccine, the Chinese vaccine producer said Wednesday, putting the shot on track to become the third to be cleared for use in the country.

CanSino’s single-dose inoculation, known as Ad5-nCoV, showed an overall efficacy of 65.28% at preventing all symptomatic Covid-19 28 days after taking the shot, CanSino said in a filing with the Hong Kong stock exchange, citing interim analysis data from Phase 3 clinical trials.