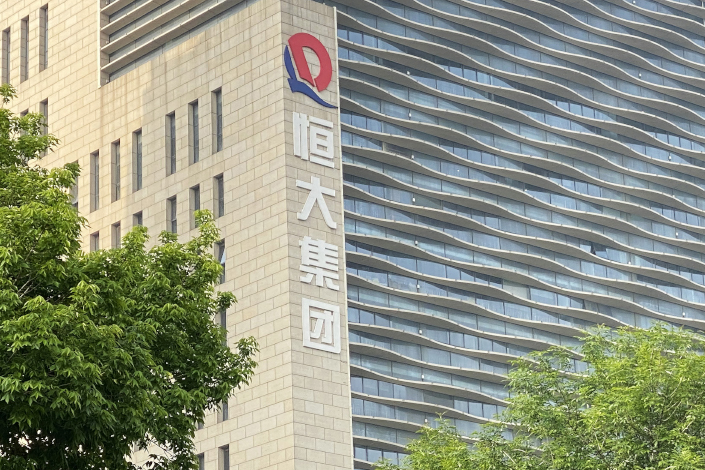 Evergrandehas been seeking buyers for some of its assets as it grapples with a debt crisis.

With more than $300 billion in liabilities, Evergrande, once a top-selling property developer in China, has been seeking buyers for some of its assets as it grapples with a debt crisis which some market observers believe will affect the country’s financial system and real estate industry.

Opinion: Why I didn’t invest in Evergrande — deception, leverage and cycles

China fleshes out details on sensitive data collection by firms

Chinese authorities have released new regulations to classify data based on the level of importance and risk to national security and overseas interests a month after the Data Security Law (DSL) took effect, in a move that could give much needed clarity to foreign-listed companies and others required to transfer potentially sensitive information abroad.

Industrial and telecoms data handled by companies in China will be categorized into “core data,” “important data” and “ordinary data,” according to draft regulations published last week by the Ministry of Industry and Information Technology (MIIT), which shares jurisdiction over the nation’s rapidly growing internet and information technology sectors.

The Biden administration will seek a new round of trade talks with China, U.S. Trade Representative Katherine Tai said in a speech this week that laid out the White House’s policy vision but didn’t rule out new tariff actions.

The U.S. “will discuss with China its performance under the phase-one agreement,” Tai said Monday at an event hosted by the Center for Strategic and International Studies.

She said she intends “to have frank conversations” with her counterpart in China “in coming days,” which will also “directly engage with China on its industrial policies.”

In China, people can just tap their smartphones to pay for almost anything from restaurants to subway rides through WeChat Pay, a mobile payment service provided by Tencent Holdings Ltd., owner of popular messaging app WeChat with over 1.25 billion monthly active users.

Now the use of WeChat Pay is further expanded. Tencent announced Thursday that WeChat Pay is accessible by Cloud QuickPass, the mobile payment service of state-backed UnionPay.

Net flows of overseas investment into China surged to a record high of $442.8 billion in the first half of the year, government data showed Thursday.

The massive capital inflows reflect attractive returns provided by yuan-denominated assets amid the currency’s ongoing appreciation, and foreign investors’ growing confidence in China’s recovery from the Covid-19 pandemic as some other major economies continued to suffer.

China’s central bank Thursday released final rules on the management of the credit reporting businesses to keep up with the rapid development of a digital economy that increasingly relies on personal credit data.

New technologies such as the Internet and big data have been widely applied in the field of credit assessment, and many effective "alternative data" sets have been collected, analyzed, and applied to judge the credit status of enterprises and individuals, the People’s Bank of China (PBOC) said in a Q&A on the new rules.

The new rules make clear the boundaries of credit reporting business and strengthens the protection of information subjects’ rights and interests.

Opinion: China’s National Pension Insurance Company has got a problem with its name and it needs to be fixed

China’s box office has rebounded closer to pre-pandemic levels during the week-long National Day holiday, despite a drop in first day sales and a sluggish performance through late September due to virus flare-ups.

Leading the charge with over 70% of the total box office was the big budget war epic “The Battle at Lake Changjin,” starring Wu Jing from “Wolf Warrior 2” and co-directed by Chen Kaige, Hark Tsui and Dante Lam.

As of Tuesday, national box office takings were up 9% year-on-year to 3.2 billion yuan ($496 million) over five days and getting closer to the pre-Covid 2019 number, 3.5 billion yuan, according to Alibaba-owned ticketing platform Dengta.

Debt-ridden property developer China Fortune Land Development Co. Ltd. has proposed a debt restructuring plan, nearly eight months after the company rattled the market with billions of yuan in debt defaults. But creditors said the plan may be hard to deliver.

China Fortune Land unveiled the restructuring plan Thursday night to deal with nearly 270 billion yuan ($41.7 billion) of debt by conducting asset sales, debt-to-equity swaps and business divestitures. The company’s Shanghai-traded stock, which has been suspended since Sept. 24, will resume trading on Oct. 8, China Fortune Land said in a filing. Before the trading suspension, the company’s share price plunged nearly 70% from the beginning of the year due to its financial woes.

Cost of shipping between China and U.S. plunges

The cost of shipping between China and the U.S. plunged this week after hitting record highs in early September as the off-season approaches, a power crunch slows Chinese manufacturing and speculators rush to sell their hoarded shipping spots.

An executive with a Shanghai freight company said Thursday that the cost of shipping a 40-foot container from China to the U.S. West Coast dropped nearly half in the previous four days, going from about $15,000 to just over $8,000. The spot rate for shipping to the East Coast had fallen by more than one-quarter from over $20,000 to less than $15,000.