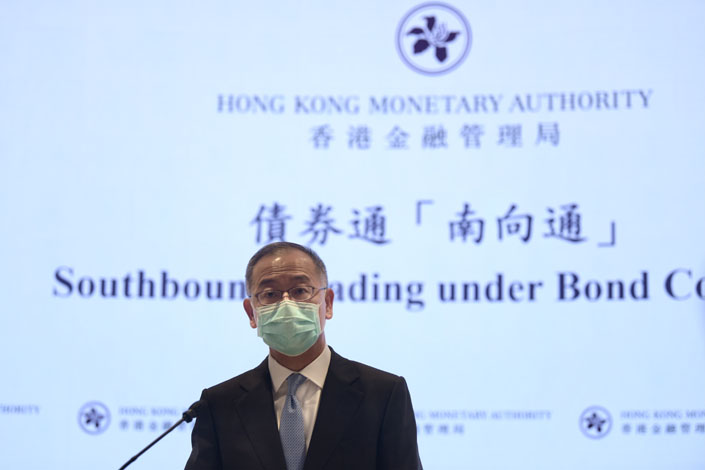 More than four years after China launched the northbound channel of a bond connect program that allows overseas investors to trade bonds on the Chinese mainland through Hong Kong, the southbound leg was finally launched Sept. 24.

China should improve its self-reliance in energy supply, Chinese Premier Li Keqiang said Saturday at a meeting of the national energy committee as regions across the country grapple with power shortages and blackouts.

Wang Tao: Why is China suffering a power shortage?

Chinese authorities are kicking off an inspection of the nation’s financial regulators, biggest state-run banks, insurers and bad-debt managers for the first time in six years as Beijing steps up efforts to root out corruption in the $54 trillion financial system.

IMF board decides to keep Georgieva as chief after data scandal

Huawei Technologies Co. Ltd. is further expanding its business beyond its core telecom gear and electronics offerings into the logistics and energy industries just a few months after the company opened a lab dedicated to coal mining technology.

China’s President Xi Jinping pledged Tuesday to set up a fund with an initial contribution of 1.5 billion yuan ($232.5 million) to support biodiversity in developing countries.

Xi made the announcement during a speech delivered at a United Nations biodiversity conference in the southwestern city of Kunming, Yunnan province. He said China calls on and welcomes other parties to contribute to the biodiversity fund.

Facing challenges from domestic brands and rising production costs, a bottler of Coca-Cola Co., one of the world’s largest nonalcoholic beverage makers, says it can remain competitive in China’s soft-drink market thanks to its strong sales network and ability to rapidly connect new products with consumers.

The remarks by Su Wei, president of Swire Coca-Cola Ltd. during an interview Sunday with Caixin, came as several local upstarts are becoming increasingly popular with Chinese consumers, even though they sell some of their products at higher prices than Coca-Cola.

China aims to give online cosmetics sales a makeover