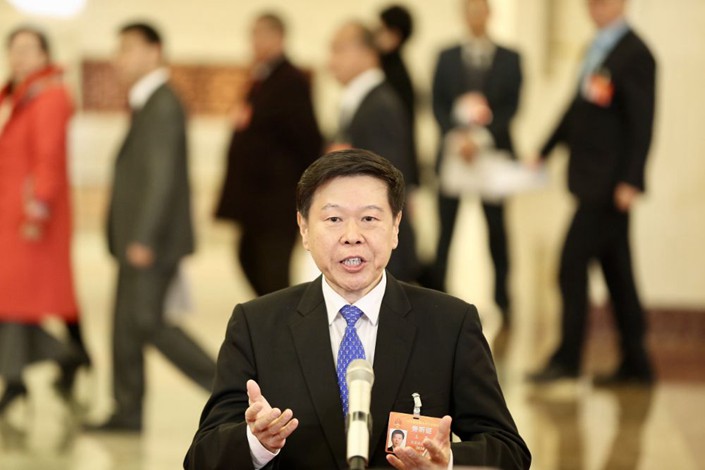 Even as the U.S. enters the dreaded tax season, in China taxpayers may have something to cheer about. Since China launched its personal income tax (PIT) reduction policy in October 2018, income taxes have been cut by almost 200 billion yuan ($29.79 billion) as of January, the head of China’s State Taxation Administration, Wang Jun, said Tuesday on the sidelines of the Two Sessions.

Roughly 80 million people are no longer required to pay PIT, according to Wang, and 65 million Chinese taxpayers now owe 70% less PIT than they did before the reduction.

In October, Beijing increased the threshold for taxable monthly personal income to 5,000 yuan from 3,500 yuan. Then in January, the government implemented further tax deductions for some household expenses including education, health care, elder care and mortgage interest.

Industry watchers believe the policies will particularly benefit those with lower-middle incomes, while some high-income taxpayers may end up paying more as additional nonsalary income is included in the tax base this year.

A senior Shanghai judicial official said that weakness in the regulatory system, especially the siloed nature of authorities, contributed to the chaos in the P2P lending sector, which has seen hundreds of platforms collapse since 2016.

“The central bank and the financial regulators focus on their area of responsibility, the police on theirs, and local financial inspectors on theirs,” said Wang Guangxian, CPPCC member and deputy chief procurator of Shanghai People’s Procuratorate, which prosecutes crimes in the municipality. “When some innovative platform emerges, everyone knows problems could emerge, but no one wants to take the first step to regulate.”

China to approve Nomura to set up foreign-controlled brokerage

Japanese investment bank Nomura will soon be approved to set up a securities joint venture in Shanghai, which would be the first newly established foreign-controlled brokerage on the Chinese mainland, sources familiar with the matter told us.

In late February, Yi Huiman, the new chairman of the China Securities Regulatory Commission, met in Beijing with senior executives of Nomura Holdings Inc., Japan’s biggest brokerage and investment bank, sources told us. The CSRC is expected to approve the venture soon, the sources said.

China’s chief justice has, for the first time, highlighted the protection of rights of private businesses in his annual work report to the nation’s top legislature, signaling that the country’s leadership is taking the private sector’s complaints about inadequacies in the legal system more seriously.

Zhou Qiang, who is also president of the Supreme People’s Court of China, said that the legitimate rights and interests of private enterprises and entrepreneurs should be accorded equal protection under the law.

China’s securities watchdog has lifted an informal ban that stopped existing shareholders from selling stock in a company during its IPO, five years after first imposing the limitation. The move marks China’s latest effort to further free up its capital markets by reducing government intervention.

The China Securities Regulatory Commission approved LCD manufacturer Yes Optoelectronics Co. Ltd.’s IPO application, which allowed current shareholders to sell up to 3.02 million existing shares in the company, according to a filing with the Shenzhen Stock Exchange.

• Corruption cases fall by half after high-profile scandals

• Editorial: How to achieve effective tax and fee reductions

• Opinion: China stocks aren’t in a bull market yet

A group of CPPCC delegates has drafted a proposal to establish a “celebrity blacklist” to track scandal-ridden celebrities, allowing the industry and legal departments to decide on punishments such as demanding material compensation in the event of financial losses.

After star Fan Bingbing’s tax evasion scandal emerged last year, a production company behind one of her films saw dramatic drops in profits. The company alleges partners were afraid to screen Fan's film. The proposal adds that a TV series or film starring a scandal-ridden celebrity might be prohibited from being screened, but for no more than six months.

The Education Ministry is set to release guidelines to regulate China’s booming yet unsupervised online after-school education sector as part of a broader effort to reduce students’ infamously massive workloads.

The guidelines aim to regulate private tutoring centers that have expanded their curricula online, Education Minister Chen Baosheng said Tuesday on the sidelines of the annual meeting of China’s legislature, the National People’s Congress. The cyber education space has been largely free of government supervision.

Tesla is hitting reverse on a barely-two-week-old announcement that it would shut most physical stores worldwide in favor of online sales, deciding instead to close “about half as many stores,” according to a statement Sunday.

The company is also raising the prices of the more expensive variants of its Model 3, as well as Model S and Model X cars by an average of 3% worldwide. The most popular version of the Tesla Model 3 will keep the same price, and all cars’ current prices will be valid until March 18.

• Beijing’s thirst may be too much for water diversion project, adviser says