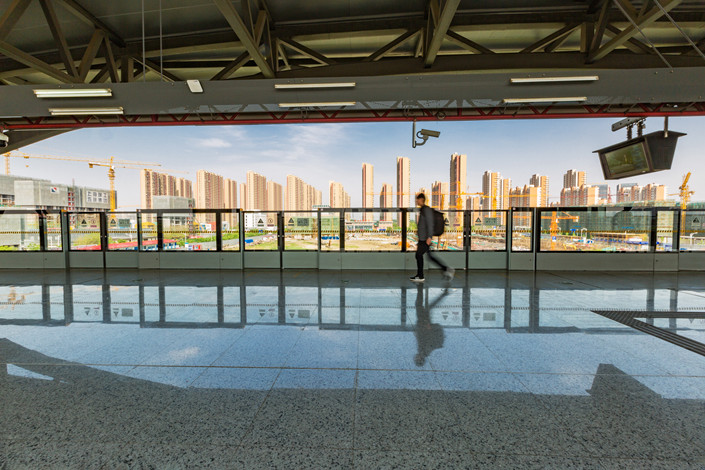 Downward pressure on local economies lessened as 14 out of 19 provinces that have released their first quarter GDP data met or beat the targets. Photo: IC

Out of the 23 province-level regions that have released their regional GDP growth data for the first quarter as of Wednesday, 18 met or beat the annual target they had set for 2019, including the municipalities of Tianjin and Chongqing.

However, the provinces of Hainan, Qinghai and Shaanxi, and the autonomous regions of Guangxi Zhuang and Inner Mongolia, failed to catch up with their targets in the first quarter.

While the economic stabilization signaled by these figures track with national figures released recently, doubts remain about the reliability of regional economic data. China’s economy grew at a 6.4% annual rate in the first quarter of this year, beating analysts’ median expectation of a 6.3% rise, according to official data, snapping a slowing streak in the past three consecutive quarters.

The central bank on Wednesday injected cash into the financial system in what has been seen as a measure to ease short-term liquidity pressure on banks, after it dismissed speculation that it would make a more aggressive move to cut the reserve requirement ratio for some lenders.

The cash injection reinforced analysts’ view that the central bank is backing away from further loosening monetary policy amid positive economic signals. The PBOC provided 267.4 billion yuan ($39.8 billion) to some large and midsize banks through its targeted medium-term lending facility on Wednesday to reward them for enhancing credit support for small and private companies in the first three months of this year, the central bank said.

China lowered the tax burden on individuals and businesses by 341.1 billion yuan ($50.8 billion) in the first quarter of 2019, the State Taxation Administration said Tuesday.

Beijing has pledged nearly 2 trillion yuan of tax cuts for this year, aiming to pump more gas into the cooling economy. On an individual level, China amended the personal income tax law last year, raising the exemption threshold to 5,000 yuan a month from the previous 3,500 yuan, and adding special tax deductions for spending on items such as children’s education, mortgage interest, housing rent and elder care.

A 2016 inspection found violations of rules on internal controls at Hong Kong-based Goldman Sachs (Asia) and Beijing Gao Hua Securities, partner of Goldman Sachs’ China venture, when their traders conducted stock and stock index futures trading between May and July 2015, the CSRC said in a statement. This was the first administrative settlement reached in China’s capital market, four years after the CSRC initiated a trial of a procedure commonly used in the West.

Wang Huimin has been relieved as the discipline inspection team leader of the China Securities Regulatory Commission (CSRC) as he reached the civil servant retirement age of 60. Fan Dazhi, 54, who was previously the top disciplinary official at Bank of China, one of the big four state-owned commercial banks, will succeed him, we've learned.

Opinion: Are Chinese Banks Earning Too Much?

China’s legislators are set to include tightened provisions on gene editing in its new civil code, whose latest draft stipulates that “developing new drugs, medical devices or developing new prevention and treatment methods” require approval from an ethics committee as well as the relevant authorities.

The second draft of the civil code’s “personality rights” section, which deals with human integrity and dignity, “increases regulation on medical and scientific research activity related to human genes and human embryos,” the official Xinhua News Agency reported. The draft law was discussed by the Standing Committee of the National People’s Congress Saturday.

As the Chinese capital gears up to open one of the world’s biggest airports by September, carriers are jostling to operate highly popular routes to South Korea and France, with seven airlines applying to fly from the new Beijing Daxing International Airport to Seoul, and four applying to fly between Daxing and Paris.

While refiners in China shunned U.S. oil imports as the nations imposed tit-for-tat tariffs in an escalating trade war, buying interest has resurfaced on optimism that the world’s top two economies are nearing a resolution to their dispute. With geopolitical turmoil disrupting supply from Iran and Venezuela, buyers are feeling more assured the purchases won’t break government regulations, according to refinery officials and traders in Asia.

China International United Petroleum & Chemicals Co. Ltd. (Unipec), the trading arm of state-owned refining giant China Petroleum & Chemical Corp. (Sinopec), provisionally chartered the ship Coswisdom Lake to pick up crude from the U.S. Gulf Coast on May 20 for delivery to China, shipping fixtures show. The tanker, with capacity of 2 million barrels, is just one of many that are being sought by companies such as Occidental Petroleum Corp., Mercuria Energy Group Ltd. Co. Ltd., and Equinor ASA for the same journey.

HNA Group Co. has shelved a sale process for its container-leasing business Seaco after failing to reach an agreement on valuation, people with knowledge of the matter said, adding that Apollo Global Management, China Cinda Asset Management Co., I Squared Capital and Sumitomo Mitsui Financial Group Inc. were shortlisted for bidding.

The Chinese conglomerate is no longer in active discussions about a sale and plans to keep the business for now, according to the people, who asked not to be identified because the information is private. HNA had been seeking more than $1 billion for Seaco, which is controlled by the group’s Shenzhen-listed Bohai Leasing Co. unit, the people said.

Investors give thumbs down to China Mobile, Unicom earnings