CX Daily: Here's How Much Money Flows in to The Mainland from Hong Kong 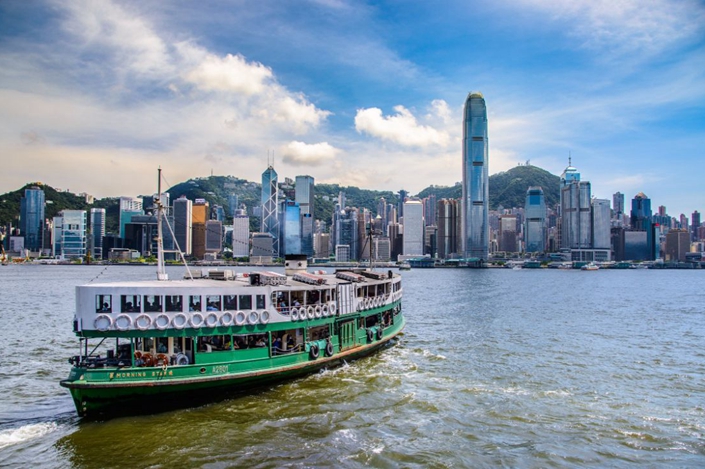 Here's how much money flows in from Hong Kong

In the first seven months of 2019, $55.37 billion of inbound direct investment in the mainland came from Hong Kong (including investment via free ports such as the Cayman Islands, Mauritius and Barbados), accounting for 70.27% of the total, according to data from China’s Ministry of Commerce.

Hong Kong is on the verge of recession amid social unrest and the escalating trade war. Official data released Aug. 16 showed that Hong Kong’s GDP growth for the second quarter dipped to 0.5% YOY, the lowest in more than seven years. The city’s GDP declined 0.4% quarter-on-quarter. Click here for more.

Goldman applied to boost its stake in Goldman Sachs Gao Hua Securities Co. to 51% from 33%, a spokesman said Wednesday. Beijing Gao Hua Securities Co., controlled by businessman Fang Fenglei and Legend Holdings, currently owns 67% of the JV, which focuses on equity and debt capital markets and mergers advisory. Taking full control of its China business would bring the New York-based company closer to former CEO Lloyd Blankfein’s vision of being “one Goldman” in all markets.

What to know about how loans now get priced in China

China launched its revamped national loan prime rates (LPRs) Tuesday, seen by some analysts as an effort to boost the economy by lowering borrowing costs for businesses. The new national LPRs, including one for five-year-plus loans, are set by averaging the LPR quotations submitted by 18 commercial banks, after discarding the lowest and the highest quotes.

Some analysts say they think the new LPRs will have only “marginal” impact on actual lending rates. “A decline of only a few basis points is small and, unlike a benchmark lending rate cut, it will only feed through to borrowing costs on new loans, not outstanding ones,” Capital Economics said in a note. Meanwhile, others suggested narrower margins on loans will encourage banks to agree to riskier loans, which will reduce the quality of their assets.

Chinese investment in Vietnam picks up amid U.S. trade war

During the first seven months of this year, pledges of foreign direct investment (FDI) in Vietnam from China jumped 134% to $2.48 billion, moving China up to the third-biggest FDI source from fifth in 2018, data from the Foreign Investment Agency of Vietnam showed.

The FDI total reflects only investment commitments. Actual disbursements were just about half of the pledged totals. China hasn’t released official FDI data for Vietnam so far this year, but analysts said they have seen increasing cases of Chinese manufacturers moving to Vietnam. In 2018, China’s nonfinancial new direct investment in Vietnam jumped more than 60% to $1.23 billion, according to China’s Ministry of Commerce.

The bank attributed the sharp decline to impairment losses mainly from the property industry on the mainland. BEA’s net charge for impairment losses climbed to HK$5.01 billion during the first half, compared with HK$282 million a year ago, according to its filing with the Hong Kong stock exchange.

Tue. Aug 27: The NBS will release industrial profits data for the January-to-July period.

Editorial: How should we remember Deng Xiaoping’s legacy?

Ikea to invest $1.4 billion in China with focus on e-commerce

Ikea will invest 10 billion yuan ($1.41 billion) in the China market in the 2020 fiscal year, the company said Thursday in Beijing, according to local media outlet Beijing Evening News. The financing will be Ikea’s biggest ever one-off annual investment in the country.

Ikea’s China head Anna Pawlak-Kuliga said that while the company is glad to see Chinese consumers visiting its physical stores for inspiration, it hopes to improve their experiences by further expanding its e-commerce offerings. That marks a departure from the company's much-criticized localization strategy, which prized brick-and-mortar stores over integration with China’s vibrant e-commerce market.

Steam, the desktop gaming platform owned by Valve Corp., is coming to China in November, the company said, though under the name "Zhengqi Pingtai" or literally "Steam Platform" and with only 40 games at launch in compliance with China's strict regulations.

In other words, localized Steam, a JV between Valve and Shanghai-based game producer Perfect World, is almost completely independent from the international version, whose Chinese-language users already account for more than 20% of the total. Until now, Steam had never officially entered China as an approved video game distributor.

China’s industrial robotics market contracted for the first time as a result of sluggish growth in downstream industries such as automotive and electronics, a government official said at an industry conference in Beijing.

The market contracted 3.75% in 2018, breaking a growth streak of five consecutive years, said Xin Guobin, vice minister of the Ministry of Industry and Information Technology. The decline in China also took a toll on the global market for industrial robotics, causing growth to slow to about 1%.

China wants the Philippines to stop all forms of online gambling as it continues cracking down on a practice it says causes the illegal outflow of money. While China appreciates the move to halt the issuance of new licenses, “we hope the Philippines will go further and ban all online gambling,” China’s foreign ministry spokesman Geng Shuang said, according to an Aug. 20 transcript.

The comments are the latest signal that China is mounting pressure on Southeast Asian nations in its effort to stamp out online gambling, which it says causes hundreds of millions of yuan to illegally flow out of its economy. Chinese state news agency Xinhua reported Sunday that Cambodia’s Prime Minister Hun Sen ordered a stop on new licenses for online gambling. Existing licenses won’t be renewed upon expiration, according to the report.

Apple may turn to China’s BOE for advanced phone screens

Ozone pollution is becoming a bigger threat to China’s air