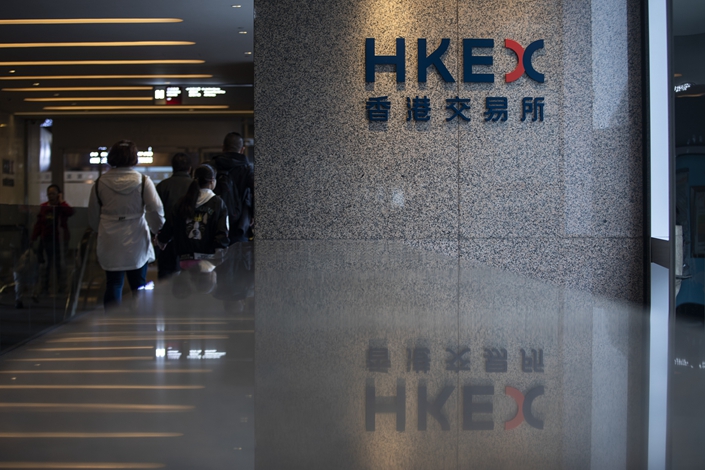 The proposed deal marks HKEx’s second major overseas expansion attempt since it acquired the London Metal Exchange, the world’s largest market in options and futures contracts on base and other metals, in 2012 for 1.4 billion pounds.

When China’s YOY retail sales growth fell to 9.4% in December 2017 after more than a decade of double-digit single-month growth, it started a bit of a trend. Since then, it has never rebounded past 10%, and this past April even reached the lowest since May 2003's SARS outbreak.

Large household debts resulting from home and car purchases have most likely caused the slowing retail growth, according to one analyst. Both, thanks to various policy changes, have plummeted, with car sales especially dragging down overall retail sales, officials say. Yet final consumption expenditures, which include services and goods, has remained stable, growing around 10%, in recent years. It's a complex picture.

Regulators are telling China’s banks to limit lending to property developers and homebuyers even as policymakers are taking measures to shore up slowing economic growth, we've learned.

Since July, regulators have given banks so-called window guidance to control the scale and growth of loans to developers and mortgage borrowers, we learned. Banks whose real estate development loans exceed a certain level were told not to extend new loans to developers.

China will broaden use of streamlined IPOs tested on STAR Market

In a two-day meeting concluded Tuesday, the China Securities Regulatory Commission unveiled 12 current and future priorities for advancing capital market restructuring. At the top of the list is steadily implementing the registration-based IPO system, which is currently applied only on this board, the commission said.

The market has been expecting an expansion of the registration-based IPO system to Shenzhen’s ChiNext board for growth enterprises after Shanghai’s new STAR Market adopted the system, which simplifies the lengthy approval process that companies now must go through before floating shares on the mainland market.

A Chinese local government financing vehicle (LGFV) opted for the first time to pay a higher interest rate on a local bond instead of fully repaying it, a surprise move that’s seen as adding to investor concern over credit risks in the sector.

Jilin Transportation Investment Group Co., an LGFV for railway construction in China’s northeast Jilin province, said Monday that on a 4.64% 1.5 billion yuan ($210.8 million) perpetual note, it plans to skip the call option, when debt holders can seek repayment. Instead, it will pay an increased coupon of around 8%, according to Bloomberg calculations based on the initial offering terms.

How cash-hungry property developers are skirting curbs on trust loans

Opinion: To the West, China has become a dark stranger

The U.S. government will need to hold talks with Huawei Technologies Co. for there to be a trade deal with China, a top executive at China’s largest technology company said.

“Can I imagine a trade deal where the U.S. government doesn’t agree to talk to us? No I can’t,” Huawei Chief Security Officer Andy Purdy said at a briefing in Budapest on Tuesday. Huawei has become a focal point for U.S.-Chinese tensions and is regarded by some as a bargaining chip in the negotiations.

In a recent interview with Swiss leadership-focused nonprofit Stars, Caixin's editor-in-chief Wang Shuo talks about what, in his view, are the most pressing business and economic issues in China, including the country’s social credit system.

Wang Shuo: The [social credit system's] purpose and structure are opaque, and it collects data much more broadly [than the financial credit system]. Given the omnipresence of our mobile phones, it is easy for the Chinese government to know everything about our daily behavior. This system applies to both companies and individuals. To me it is not clear what the government’s intentions are. We made arguments in favor of the PBOC model with its clear definitions and terminology, while highlighting the difficulties regarding the social credit system, in particular the lack of justification for the broad and undefined data collection. Unfortunately, I am pessimistic.

Check out the full interview.