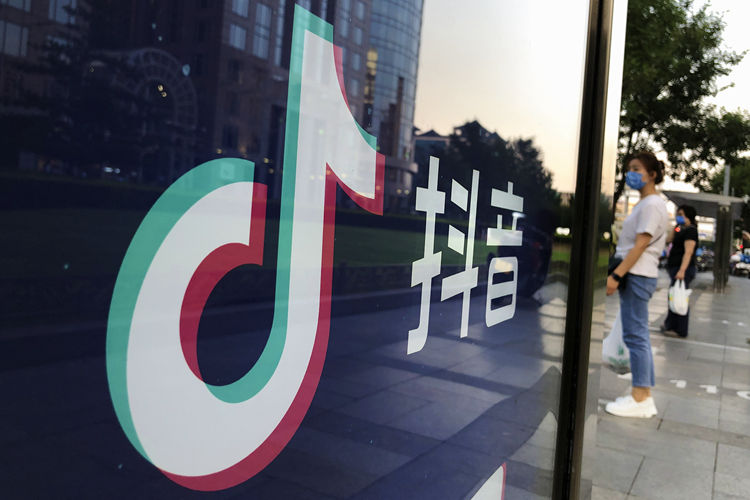 Short video platforms are emerging as a messy new front in China’s long battle against dodgy medical advertising, with TikTok’s Chinese twin forced to deny allegations it allows people to masquerade as doctors to sell products.

ByteDance Ltd.’s Douyin was accused by online media outlet Kailuobo of hosting content where people pose as doctors to give “health” advice that actually guides users to products like nasal sprays, some with hundreds of thousands of likes.

In a March 22 statement (link in Chinese), Douyin said only high-level institutions and real doctors can be certified as medical accounts on the platform, allowing them to publish content like medical advice after a review by an in-house “professional team.” Noncertified users face a ban from the platform if they post medical content, Douyin said.

The giant container ship stranded in the Suez Canal for nearly a week was finally pulled free, allowing traffic through the vital maritime trade route to resume.

The 400-meter long Ever Given is fully afloat, the Suez Canal Authority said Monday. Marine traffic websites showed images of the ship free of the banks of the Suez Canal for the first time since it ran aground Tuesday.

The Ever Given, operated by Taiwanese transport company Evergreen Marine Corp. and registered in Panama, ran aground in the southern part of the canal Tuesday, blocking marine traffic in both directions and snarling global supply lines that were already under pressure from the coronavirus pandemic.

Global index provider FTSE Russell gave final approval to include Chinese sovereign bonds in one of its flagship indexes, a move that is expected to draw billions of dollars of additional foreign capital into China’s government bond market.

FTSE Russell will start adding Chinese government bonds (CGBs) to its FTSE World Government Bond Index Oct. 29, the company said Monday in a statement. To better serve the passive investment nature of some trackers, the inclusion will be phased in over a 36-month period, longer than the 12 months that it initially planned in September.

FTSE Russell projected that CGBs will make up 5.25% of the index once their inclusion is completely phased in. With an assumed $2.5 trillion of assets under management tracking the index, that percentage would equate to around $130 billion flowing into the CGB market, according to Andre de Silva, a researcher with HSBC Bank Plc.

U.S. President Joe Biden picked Daniel Kritenbrink, U.S. ambassador to Vietnam and former deputy chief of mission at the U.S. Embassy in Beijing, to be assistant secretary of state for East Asian and Pacific affairs, the White House said Friday.

Kritenbrink is an American career diplomat with nearly 30 years’ experience, including as an Asia policy adviser to former President Barack Obama. An expert on East Asian affairs, he speaks fluent Chinese and Japanese. His appointment will take effect after Senate confirmation.

A veteran of two separate postings to Beijing, he was a political officer from 2006 to 2009 and deputy chief of mission and political minister counselor from 2011 to 2015. In November 2013, he became charge d'affaires following the resignation of then U.S. Ambassador Gary Locke, holding the position until Max Baucus was made ambassador in March 2014.

Health authorities in Beijing and Shanghai have started taking applications from eligible foreign residents to receive Chinese-developed Covid-19 vaccines, which will be given free to those enrolled in the cities’ medical insurance systems.

According to a statement released Friday, foreigners ages 18 and above in Beijing can make an appointment for vaccination through their workplace or local community.

They may then get vaccinated at a nearby venue as directed by district-level authorities. They are required to provide valid passports and residence permits when making an appointment, and will be vaccinated on site, the statement said.

Opinion: What the dollar’s appreciation means

Billions in secret derivatives at center of Archegos’ $20 billion blowup

China is introducing guidelines to limit new high-speed rail construction along underused routes, as it seeks to prevent projects that give short-term boosts to local economies, but add to regional governments’ already huge debt piles.

If a high-speed rail route is operating at less than 80% of its designed capacity, then a second line shouldn’t be built covering the same route, according to guidelines jointly released by the country’s top economic planner and the transport authority Monday.

The guidelines also say that new high-speed rail links should only be built to cities that already see more than 15 million total inbound and outbound trips per year. The guidelines also called for tightening scrutiny over traffic volume and punishing those who fabricate data.

Ofilm Group Co. Ltd. said it will sell its camera module unit — whose major clients include Apple Inc. — to a domestic rival, after its blacklisting last year by the U.S. led the iPhone-maker to recently sever the relationship.

Semiconductor-maker Wingtech Technology Co. Ltd. has agreed to buy the business from Shenzhen-based Ofilm for 2.42 billion yuan ($369 million), according to a Monday statement from Ofilm.

The announcement came two weeks after Ofilm said one of its top foreign clients terminated a purchase agreement without naming the company. It later confirmed that the customer was Apple, which had been using Ofilm’s camera modules in its iPhones.

China’s Xiaomi and Oppo are both forecast to grow their presence in the UK smartphone market in the first quarter of 2021 with high single-digit market shares, helped by Huawei’s decline and their deeper partnerships with local mobile carriers.

In the three months through March, Xiaomi and Oppo are likely to take the third and fourth spots respectively in the UK smartphone market, putting them ahead of Huawei, which started suffering a sharp contraction in sales from the second half of last year as a result of component shortages caused by the U.S. sanctions, according to Strategy Analytics.

Besides Huawei’s decline, the research firm also attributed the rise of Xiaomi and Oppo to their strategies of prioritizing the shipping of their 4G and 5G-enabled smartphones directly to local British mobile operators.

The new light asset unit, wholly owned by Dalian Wanda Commercial Management Co., will be located in Zhuhai and will manage 368 existing Wanda Plazas and a further 155 under construction. The new unit won’t hold any property assets, according to Wanda.