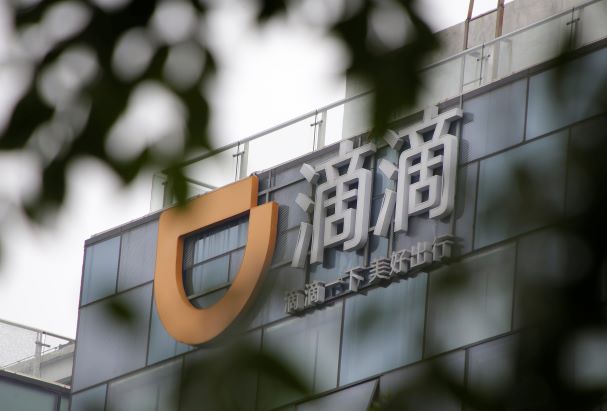 All three companies sold shares in the U.S. in recent weeks.

When the bell rings, hundreds of students flood into the canteen in the Longfu Primary School in Du’an county, where they will enjoy a free meal with hot rice, meat stew and vegetable stir fry.

Hidden deep in the mountains of southern China’s Guangxi Zhuang Autonomous Region, the outlying Du’an county has been plagued with poverty for decades and was known as one of the poorest places in China.

A decade ago, steamed soybean with rice was the most common meal for school children at the Longfu school. Without enough nutrition, children in Du’an were generally shorter and thinner than their peers in the rest of the country.

China’s services sector expanded at the slowest pace in 14 months in June, dragged by slowdowns in business activity and new orders, a Caixin-sponsored survey showed Monday.

The Caixin China General Services Business Activity Index, which gives an independent snapshot of operating conditions in the sector, fell to 50.3 in June from 55.1 the previous month. The index, better known as the Caixin China services PMI, showed the services sector expanded for a 14th consecutive month, but at the lowest rate since April 2020. Readings above 50 indicate expansion.

Overall, the Caixin China General Composite PMI, which covers both the manufacturing and services sectors, fell to 50.6 in June from 53.8 the month before, according to the Monday survey report.

Chinese Foreign Minister Wang Yi called on Washington Saturday to guarantee a steady transition in Afghanistan after the withdrawal of U.S. troops.

“The situation in Afghanistan is at an extremely critical juncture,” Wang said Saturday at the 9th World Peace Forum hosted by Tsinghua University in Beijing.

Wang said the U.S. “should ensure a smooth transition in a responsible manner. The U.S. should not shrug off responsibilities and just walk away from it, nor should the withdrawal result in chaos or war.”

The former head of China’s state-owned money printing company has been put under investigation by the country’s top graft buster for a scheme that appears to be tied to procurement of currency printing facilities, making him the latest target in Beijing’s years-long anti-corruption campaign.

He Lin, a former general manager and deputy chief of the Communist Party committee at state-owned China Banknote Printing and Minting Corp. (CBPMC), is being investigated on suspicion of “serious violations in (party) discipline and law,” a common euphemism for graft.

Xi to give keynote speech at Political Parties Summit

Chinese home cleaning and occasional services platform Daojia Ltd. filed for an initial public offering (IPO) on the New York Stock Exchange, joining a race by dozens of Chinese companies to list on U.S. markets despite regulatory headwinds at home and abroad.

The Beijing-based company, which provides housekeeping, nanny services, moving assistance and beauty services, made a filing with the U.S. Securities and Exchange Commission Friday. It would become China’s first home services business to sell shares in the U.S.

Daojia is China’s largest home services platform by gross transaction volume. About 1.5 million service providers registered on the app and 4.2 million customers carried out transactions on it from the time the company was founded in 2014 until March, according to figures from iResearch cited in the prospectus.

Vitasoy International Co. Ltd. lost half a billion dollars off its market value Monday as the beverage-maker’s stock price collapsed amid calls on the Chinese mainland for a consumer boycott of the Hong Kong-based company.

The rout took place on the first trading day since Chinese social media users reacted furiously to a leaked memo by a Vitasoy employee expressing condolences to the family of a colleague who died after stabbing a police officer as Hong Kong marked the anniversary of its return to Chinese rule last week.

An appeals court in Hong Kong increased the sentences of 11 laboratory workers at a contractor who were found guilty of falsifying test results for materials used to build the 55-kilometer Hong Kong-Zhuhai-Macao Bridge, the world’s longest sea crossing.

They were among 18 employees of Jacobs China Ltd. who in 2019 were convicted of conspiracy to commit fraud and handed sentences or community service orders. However, their sentences were increased to as many as two years in prison after the city’s judicial authorities deemed the original punishments too light and sought a review.

“Wow, it’s so beautiful out here!” Chinese astronaut Liu Boming gasped as he slipped out of the Tianhe core module of China’s space station to begin a spacewalk at 8:11 a.m. Sunday.

Liu was conducting the mission’s first extravehicular activity to install equipment such as foot restraints and a workbench on a robotic arm. He is one of three astronauts aboard the Shenzhou-12 spacecraft, which was launched June 17, to visit the Tiangong space station. They will remain in orbit for three months to carry out repairs and other tasks.