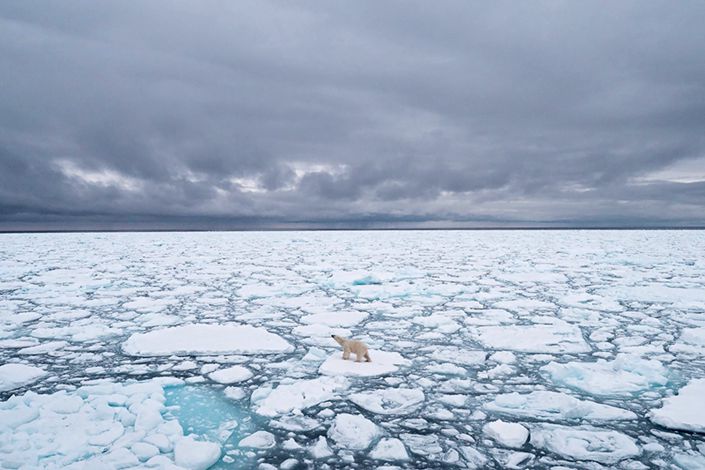 There’s no doubt that 2020 will have a special place in history, and not just for the Covid-19 pandemic that so far has killed more than 1.8 million people. It was also a year of extreme weather disasters that showed how climate change can be fatal for humanity.

Accelerating climate change is driven by human-induced greenhouse gas (GHG) emissions, primarily carbon dioxide (CO2). According to a recent study by Tsinghua University in Beijing, the world needs to achieve net zero carbon emissions by 2050 to reach the Paris Agreement’s goal of limiting global warming to 1.5 degrees C. This will require a significant revamp of the world’s industrial and energy structures.

Chinese stock exchanges made it easier to give the boot to companies that commit financial fraud in the wake of complaints that an earlier draft of the rules left the delisting threshold so high that many misbehaving companies would never cross it.

The final revision to the delisting rules, which the Shanghai and Shenzhen stock exchanges released Thursday, show that regulators are willing to go further to meet criticism that high bars for delisting would allow some companies’ shares to continue being traded publicly even after they committed flagrant acts of fraud against investors.

The new rules "are of great significance for improving the quality of listed companies and promoting the healthy development of the capital market,” a spokesperson from the Shanghai Stock Exchange said Thursday in response (link in Chinese) to media inquiries.

The health of China’s manufacturing sector continued to improve last month, though not quite as much as it had in the previous two months, a Caixin-sponsored survey showed.

The Caixin China General Manufacturing Purchasing Managers’ Index (PMI), which gives an independent snapshot of the country’s manufacturing sector, dipped to 53 in December from 54.9 the previous month, according to a report released Monday. November’s reading was the highest since November 2010. Readings greater than 50 signal expansion.

China’s central bank issued a record penalty to a domestic credit reporting company for conducting personal credit checks without a license, delivering a blow to the financial data industry and a modest victory for consumer data privacy.

Local health authorities in the coastal city of Dalian in Northeast China’s Liaoning province found a Covid-19 “super-spreader” who infected 10 family members at a dinner party. They in turn infected an additional 22 individuals among social contacts.

The super-spreader, surnamed Jin, passed the virus to 10 attendees of a family dinner party before he developed symptoms Dec. 15. The Jin family members then further infected a total of 22 other individuals including vendors and supermarket customers. Among the 32 cases linked to Jin, there are 21 confirmed symptomatic patients and 12 asymptomatic cases, local health authorities said Sunday during a press conference .

Exclusive: Industrial Bank president likely to be its next chairman

Shares of China’s three largest telecom companies slid in Hong Kong on their first morning of trading after revelations last week of a U.S. government effort to delist them in New York. The stocks mostly recovered by market close.

With just days until they are forced to pack up and leave the New York Stock Exchange (NYSE), the companies broke their silence, saying they trade only small amounts of shares in the U.S. that shareholders will be able to exchange them for Hong Kong shares.

China Mobile Ltd., the largest of the trio, said it regrets the decision and actions of the U.S. bourse and always followed relevant laws and regulations. The relatively measured comments followed condemnation from China’s Ministry of Commerce, which alleged Saturday that the U.S. leadership was using the pretext of national security to target Chinese companies, and a defense of the companies’ fundamentals Sunday by stock watchdog the China Securities and Regulatory Commission.

A number of Philippine soldiers, as well as members of the president’s security team and even possibly one cabinet member of the Philippine government, may have already received the Chinese Covid-19 vaccine produced by Sinopharm. The country’s health authorities yet to officially approve its use.

Philippine President Rodrigo Duterte said Saturday during a televised meeting with health officials that “almost all” soldiers have already been inoculated by a coronavirus vaccine developed by China’s state-owned vaccine maker, Sinopharm.

The country’s army chief Lieutenant General Cirilito Sobejana also confirmed Monday that some troops were vaccinated, although he said the number was not large.

Friday’s short-lived public stand off between tech giants Tencent and Huawei highlighted the gulf between China’s phone makers and its mobile game developers over how much the major mobile platforms charge for distributing other businesses’ applications.

On Friday, Huawei Technologies Co. Ltd. said it pulled Tencent Holdings Ltd.’s games from its mobile app store in response to Tencent’s “unilateral request” to reduce the percentage of revenue it pays Huawei for distributing the gaming giant’s products.

Tencent game sales on Huawei phones were restored later the same day after the two tech giants reached an agreement for Huawei to maintain its 50% revenue cut for the time being while the two sides continue negotiating, Caixin learned from sources with knowledge of the matter.

There will most likely be no year-on-year growth in the amount of residential property sold in 2021 as new curbs on real estate companies’ financing affect their ability to invest in new developments, the head of a real estate service provider predicted.