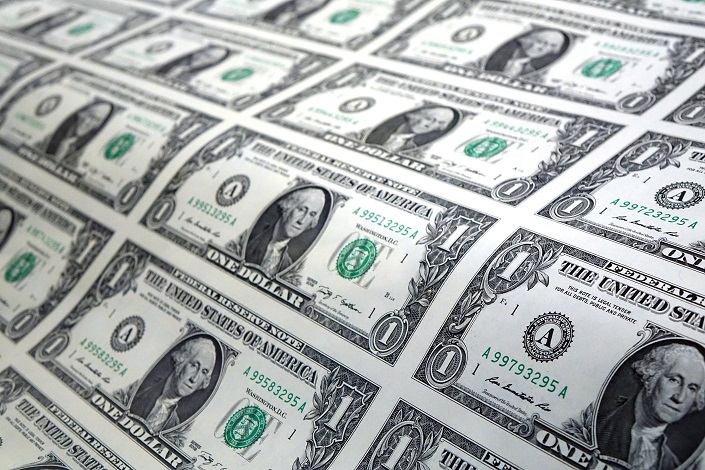 Japan replaced China as the largest holder of U.S. government debt in June amid an escalating Sino-U.S. trade war. Although China’s store of Treasury bonds rebounded by $2.3 billion to $1.11 trillion — up from a two-year low in May — Japan’s holdings grew by $21.9 billion to $1.12 trillion, reaching their highest point since October 2016, according to data released Thursday by the U.S. Department of the Treasury.

The figures represent the first time since May 2017 that China is not the largest holder of Treasury bonds. Previous data from the U.S. Census Bureau also showed that China is no longer the U.S.’s largest trade partner, falling to third place during the first six months of the year behind Mexico and Canada.

In October last year, the Trump administration also announced that it was imposing further restrictions on exports of nuclear-related U.S. technology to China to “prevent China’s illegal diversion of U.S. civil nuclear technology for military or other unauthorized purposes.”

Since the end of June, local bureaus of the China Banking and Insurance Regulatory Commission (CBIRC) in cities including Shanghai, Shenzhen and Ningbo, and provinces including Yunnan have found at last 13 cases where banks violated rules on the approval of personal loans, including credit card borrowing, according to our calculation based on public records.

The Bank of Communications Co. Ltd. and the Agricultural Bank of China Co. Ltd. were fined 400,000 yuan ($57,000) and 200,000 yuan, respectively, in July for failing to follow regulations on managing limits on credit cards, according to two releases by the Shanghai Office of the CBIRC last week. The office also fined five more banks in mid-July for the same transgression.

China claims that the U.S. is violating WTO rules by imposing a tariff-rate quota on imports of Chinese solar cells and increased duties on imported solar modules. After imposing 30% “safeguard tariffs” on solar panels produced outside the U.S., Washington then specifically targeted China in August last year, charging an additional 25% in duties as part of broader U.S. complaints that China unfairly subsidizes manufacturing to outcompete companies from other countries, a charge China denies.

Xing Yun, former vice chairman of the Standing Committee of the People's Congress of Inner Mongolia, faces charges of accepting bribes worth 449 million yuan ($64 million), a record sum for a provincial-level official caught up in China’s sweeping anti-graft campaign.

Prosecutors accused Xing, 67, of taking the bribes during his 20-year bureaucratic career in Inner Mongolia, using his power to help others get promotions or secure government investment deals, according to the state broadcaster China Central Television. Xing pleaded guilty at a court hearing Thursday in Dalian, Liaoning. The court said the sentence would be announced at a later date.

Exclusive: Alibaba to buy Kaola unit from NetEase for $2 billion

Alibaba Group Holding Ltd. has agreed to pay $2 billion in cash to acquire NetEase Inc.’s cross-border e-commerce platform, according to people familiar with the matter, who added that the two companies will also partner on other forms of deals. Alibaba and NetEase declined to comment.

The transaction will represent further consolidation in China’s e-commerce sector. NetEase Kaola, the biggest import retail e-commerce platform in China, is an archrival of Alibaba’s Tmall Global. Launched in 2015, NetEase Kaola held a 27.5% market share in cross-border e-commerce in 2018 versus Tmall Global's 25%.

Walmart’s sales gains in China come amid a broader retreat from the market by other major global retailers in the face of stiff competition from e-commerce. Responding to that challenge, Walmart has formed strategic alliances with China’s No. 2 e-commerce company JD.com, as well as social networking giant Tencent.

Shares of NetEase gained 11% this year while Baidu’s plunged 40%. Baidu, once touted as a member of China’s internet triumvirate alongside Alibaba Group Holding Ltd. and Tencent Holdings Ltd., has bled $66 billion of market value since its peak in May 2018 — the equivalent of one Morgan Stanley.

Vitamins group Blackmores Ltd. estimates that about 40% of its “daigou” trade, which fueled a golden period of booming sales to China from 2015 to 2016, has now vanished.

An army of small entrepreneurs who previously bought up large volumes of vitamins from Australian retailers such as Chemist Warehouse have exited the industry because of tougher regulations in China that came into force in January, Blackmores executives said Thursday. Larger, better-established daigou traders had picked up some of that business, but the paperwork for smaller players had become too onerous.